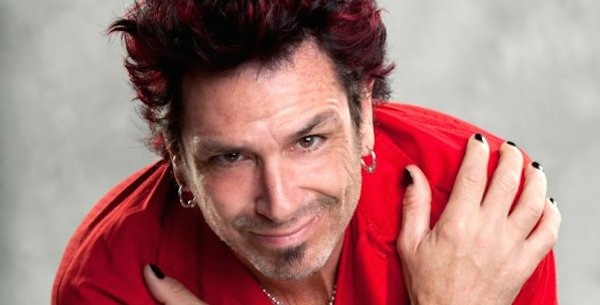 Dick Donato, better known as Evel Dick, was the winner of season 8 of Big Brother. He was the oldest winner at the time, 44. Most former Big Brother contestants fade into complete obscurity, but Dick has managed to craft a career out of his personality, which is impressive. Granted, he hasn’t exactly been on TV every week, but for fans of Evel Dick, there is plenty to enjoy these days.

So let’s break down what he’s been doing this last while. 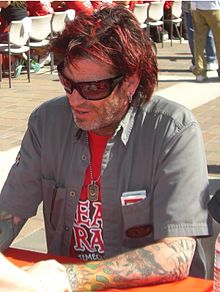 While Evel Dick hasn’t been on television for a number of years, he has been producing shows all on his own. He hosts Dick at Nite, a recap show dedicated to a variety of reality shows, usually the various incarnations of Big Brother. it’s a smart move on his part, there is an audience for it, and he is able to market himself right. The show is on Vimeo exclusively, and you have to pay for a season pass to view it, but it isn’t expensive.The show features a variety of guest stars from Big Brother, including Celebrity Big Brother, and is currently doing Big Brother Canada. If you are a fan then it is well worth checking out. He does not keep an Instagram page, but his twitter is flooded with updates, even hourly sometimes, so there is plenty of content out there for fans of Dick Donato.

He was recently suspended from Twitter for allegedly posting nude photographs of himself, but I cannot confirm that. On a lighter note, he is set to be a grandfather before the end of the year, as his daughter, fellow Big Brother season 8 contestant Daniele Donato, announced she was pregnant on Valentines Day this year.

Richard Louis Donato, better known as Dick Donato, was born on June 24, 1963, in Los Angeles. Little is known about his early life, but by the time he entered the Big Brother House, he was a bar manager and part-time extra. He worked on Pirates of the Caribean, acting as a stand-in for Keith Richards, or so claimed the producers of Big Brother Season 8. I have not been able to find any other sources confirming that. He would go on to win that season, with his daughter coming second. $500,000 is a lot of money, and he wanted to split it with his daughter, but the rules forbade that. Instead, he paid for her college, bought her gifts and tried to make up for his past.

He reentered the house for season 11, a bit of an alum season, alongside his daughter, but left in less than a week. No reason for this was provided at the time, but he announced soon after that on set doctors had given him a standard blood test, and informed him of his HIV positive status. Later interviews confirmed this, with Dick saying that it was likely the result of a Vegas fling during a night of heavy drinking.

These days he hosts his recap show and makes sporadic public appearances.