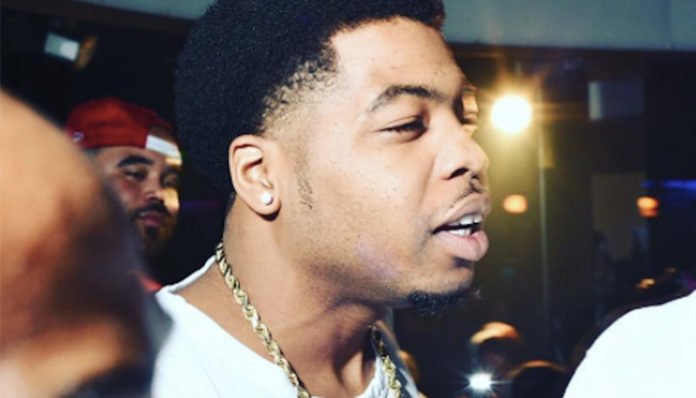 An American rapper, Webbie rose to fame with the release of his 2005 hit, Gimme That (Feat. Bun B). That same year, he also dropped his debut album, Savage Life, which charted among the Top 10 on the Billboard 200. Since then, the artist has followed up with numerous sequels, the latest of which came out earlier this year.

In addition to his music career, he has also appeared in a handful of films. For instance, he made his acting debut in Gangsta Music in 2005. Some of the other titles that he’s been involved with include Ghetto Stories: The Movie, and Savage Life: The Movie.

How successful is the 32-year-old artist now? How much does he make from his record sales? What other ongoing projects does he have? How well off is he? From our research, Webbie currently has an estimated net worth of around $2.5 million. Where did this fortune of his come from? How many sources of income does he have? Let’s take a look below.

How did Webbie Make His Money & Wealth?

Born on September 6, 1985, in Baton Rouge, Louisiana, Webbie was mostly brought up by his father and grandmother, as his mother died when he was still young. An avid fan of many rap artists growing up such as Master P, the Geto Boys, and Eightball & MJG, he began to write his own rhymes while still in grade school. By the time he was sixteen, he had landed a feature on Lil Boosie’s single, Gotta Get, which earned him some attention.

A few years later, he released his debut album, Savage Life in June 2005. His first full-length project, it boasted eighteen original tracks, a number of which featured other artists such as B.G., Mannie Fresh, Bun B, and Lil Boosie. A decent success, especially for a newcomer, it went on to peak at number 8 on the Billboard 200.

Since then, the rapper has released four additional albums, all of which are part of the Savage Life series. The latest title, Savage Life V was dropped in 2016. Some highlights from the projects include the songs I Miss You (Feat. LeToya Luckett), Independent (Feat. Lil Boosie and Lil Fat), and Show Da World.

In addition to the above-mentioned albums, Webbie has also released half a dozen collaboration albums over the past years. In fact, he is currently working on a joint project with Lil Boosie titled, Gangsta Musik 2.

Like most artists, he also puts on concert performances throughout the year (all of which would yield him a decent amount). In fact, he currently has a show scheduled for later this month at The Cotillion Ballroom in Wichita. For more information on the event, please visit his official website.

Naturally, a portion of Webbie’s fortune comes from the success of his studio albums. On top of his music career, however, he’s also been involved with a few film projects such as On The Grind, Ghetto Stories: The Movie, Video Girl, and Savage Life: The Movie.

No, he is not married. Having said that, he was in a relationship as of 2017. It’s unknown whether or not he’s still dating the same woman at this time.

Does Webbie Have Any Children?

No, Webbie does not have any children as far as we know

Did Webbie Go to College?

As far as we know, Webbie has not gone to college.

What is Webbie Famous For?

As a rapper, Debbie is perhaps best known for his single, Independent (Feat. Lil Phat and Lil Boosie), which peaked at number 9 on the Billboard Hot 100.

Where Does Webbie Live now? Photos of Webbie’s House

We do not have any information on Webbie’s location at this time. Photos of his house are unavailable.

What Kind of Vehicle Does Webbie Drive?

How Much Money Did Webbie Make Last Year?

Information on Webbie’s annual earnings for 2017 is not available.

As far as albums go, Webbie hasn’t released any new material since 2016 (his most recent title being that of Savage Life V). While this may be the case, however, he still puts on a few concerts per year- such as the one that’s taking place later this month.

Want to support the rapper online? If so, how about following him on social media? You can find Debbie on Twitter at @OfficialWebbie or on Instagram at @Webbietrill. On Facebook, he also has an official fan page that you can visit by clicking here.