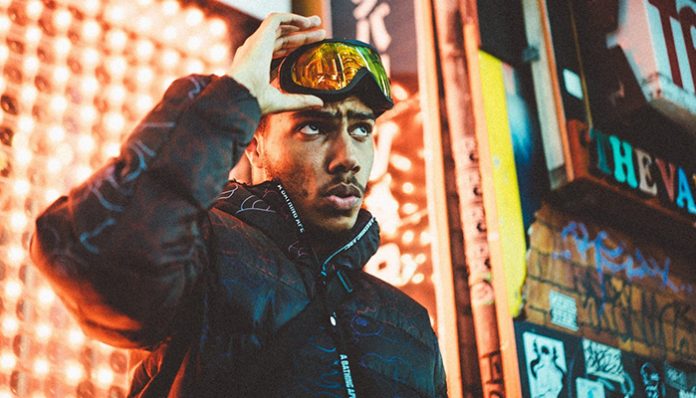 A grime emcee, AJ Tracey broke into the music scene with the release of his debut mixtape, Didn’t Make the Cut in 2012. Since then, he has dropped several records including Alex Moran, AJ’s Stocking Filler, and Lil Tracey. Today, some of his most popular hits include Pasta, Packages, Blacked Out, and Fire in the Booth.

On top of all that, he had recently started to work as a record producer. Last April, he co-produced LA4AWEEK with Nyge, a track which has since received thousands of plays online. Later that summer, he also produced Big Zuu’s hit song, Tell Man Twice.

How has his music career played out so far? Is it as successful as it seems? How much has the rapper banked since his debut? How rich is he now? According to various sources, AJ Tracey has accumulated a net worth of $200,000 as of 2018. Curious to know where this money came from? If so, stick around.

How did AJ Tracey Make His Money & Wealth?

Born on March 4, 1994, in London, England, AJ Tracey knew from a young age that he wanted to pursue a music career. Inspired by his father, a former rapper and his mother, a former DJ, he began writing his own rhymes at the age of six. By the early 2010’s, he had started to upload his music creations online.  During that time, he scored several appearances on radio stations such as NTS, Rinse.DM, and eventually even BBC Radio One.

In 2012, he released his debut mixtape, Didn’t Make the Cub. Initially titled, Scirocco Music, the project included over twenty grime and hip hop songs, all of which were made available for digital download. From there, his second tape, No More Looney was uploaded online in 2014. A decent success, it has since racked up thousands of streams on sites such as Datpiff.

The following year, he released his debut EP, The Front. Produced by Lolingo, J Beatz, and Drone, among a few others, is comprised of six tracks- Champions League, Hood Antics, Red Bull (Feat. YGG), Wifey Riddim, Italy, and The Lane.

Since then, AJ Tracey’s music catalog has grown by three albums; his most recent title, Secure the Bag! was released on October 6, 2017. His fifth EP, it gave rise to several new tracks some of which included Quarterback (Secure the Bag!), Blacked Out, and You Don’t Know Me.

In addition to what he’s put forth as a solo artist, he’s also made several guest appearances in albums such as Str8 Authentic, Right & Wrong, New Gen, and First Day at Nursery. Some of the rappers that he’s collaborated with include Denzel Curry, Rick Ross, ASAP Rocky, and Lil B, among several others.

AJ Tracey is not married, as far as we know.

Does AJ Tracey Have Any Children?

As far as we know, AJ Tracey does not have any children.

Did AJ Tracey Go to College?

Previously, he had studied criminology at London Metropolitan University. In order to pursue music full-time, however, he eventually dropped out of his courses.

What is AJ Tracey Famous For?

AJ Tracey is best known for his singles Blacked Out, Pasta, Packages, False 9, and Fire in the Booth.

AJ Tracey currently lives in London, England. That’s all the information that we have on his location at this time.

What Kind of Car Does AJ Tracey Drive?

Details on AJ Tracey’s vehicle is unavailable at this time.

How Much Money Did AJ Tracey Make Last Year?

At this time, we do not have any details on AJ Tracey’s 2017 earnings.

So far this year, AJ Tracey has released two singles, one of which includes Alakazam (Feat. Denzel Curry and Jme), which is taken from his latest extended play, Secure the Bag!.

Later this summer, he will be embarking on a worldwide concert tour. For more information, please visit his official website.

What’s the rapper up to now? If you’re a fan, why not following AJ Tracey on social media? He’s active on several platforms including Twitter, YouTube, and Instagram. On Facebook, he also has an official fan page which you can visit here.