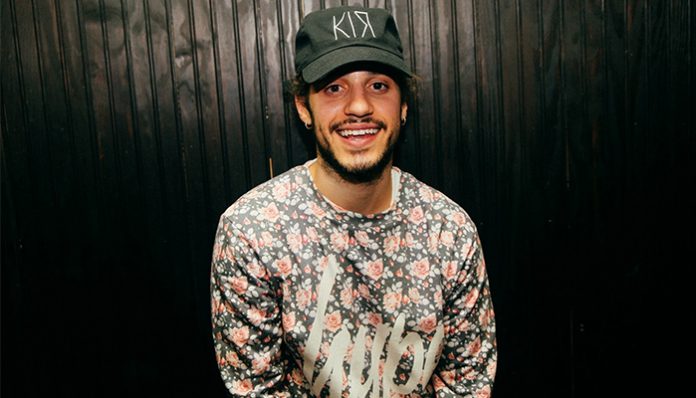 Based in Atlanta, Georgia, Russ Diemon is perhaps best known for his singles, Losin Control, and What They Want, both of which made it onto the Billboard Hot 100. A member of the rap group Diemon Crew, he has been active in the hip-hop scene since 2007.

His debut mixtape, Velvet was released in 2011. Since then, many projects have followed including Apollo 13, Vacation, Straight from Limbo, and Pink Elephant, to name a few. Some of his most popular singles to date include Pull the Trigger, What They Want, Losin Control, and Do It Myself. His most recent release, There’s Really a Wolf came out in 2017.

Over the years, how much money has earned from his music career? How wealthy is the twenty-something today? As of 2018, the MC has an estimated net worth of $1 million. Where do his earnings come from? Below, we’ll be taking a look at some of his biggest achievements so far.

How did Russ Diemon Make His Money & Wealth?

Hailing from Secaucus, New Jersey, he moved around frequently during his childhood due to his father’s career. Eventually settling in Georgia, he began writing his own raps at the age of seven; from there, he proceeded to make beats in his early teens. His first song was recorded when he was eighteen years old. As a music artist, his greatest inspirations include Eminem, 50 Cent, and G-Unit.

Known for writing, producing, and mixing his songs, all by himself, he had dropped his first project, Velvet in 2011. A year later, he followed up with three mixtapes, Apollo 13, Vacation, and 5280. Uploaded online, they garnered him a significant underground following. Since then, the emcee has also released the tapes Pink Elephant, Silence, and Brain Dead, among a few others.

As far as full-length albums go, Russ had recently put together his debut effort, There’s Really a Wolf. Released on May 5, 2017, it contained twenty tracks, all of which were written and produced by the artist. Some highlights from the playlist include What They Want, Losin Control, Me You, and The Stakeout. A commercial success, it had entered the US Billboard 200 at number seven with 49,000 units sold in the first week. Considering the album’s success, it’s likely that he’s yielded a decent amount of earnings from the project.

In addition to his solo works, he has also collaborated with other artists over the past few years. For instance, he had recently worked with PnB Rock on the single, Issues. Previous to that, he had landed a feature in Dakota’s Perico.

As you can probably expect from a popular rapper, he also puts on a number of live performances throughout the year. Speaking of which, he will be embarking on a concert tour later this month. A worldwide tour, he will be performing in a number of countries including the U.S., Belgium, and Canada. For more information, check out his official website.

If you’d like to support his work, you can also visit his official merchandise store here.

As far as we know, Russ Diemon is not married.

Does Russ Diemon Have Any Children?

No, it would appear that he does not have any children.

Did Russ Diemon Go to College?

As far as we can tell, the emcee has not attended college.

What is Russ Diemon Famous For?

The MC is best known for his hit singles, Losin Control and What They Want, both of which reached the Billboard Hot 100 in the U.S.

The rapper currently lives in Atlanta, Georgia, where he continues to record music. Unfortunately, we do not have any further details at this time.

What Kind of Car Does Russ Diemon Drive?

Details on Russ Diemon’s vehicle is unavailable at this time.

How Much Money Did Russ Diemon Make Last Year?

At this time, we do not have any details on Russ Diemon’s 2017 earnings.

As mentioned earlier, he most recently dropped There’s Really a Wolf in 2017. His first studio album, it had reached number seven on the Billboard Top 200. Since then, it has also received gold certification from the RIAA.

Curious to know what he’s up to? If so, why not follow him on social media? You can find Russ Diemon on several online platforms such as Twitter, Instagram, and even YouTube. Of course, you can also drop by his official Facebook fan page for the latest news and announcements.