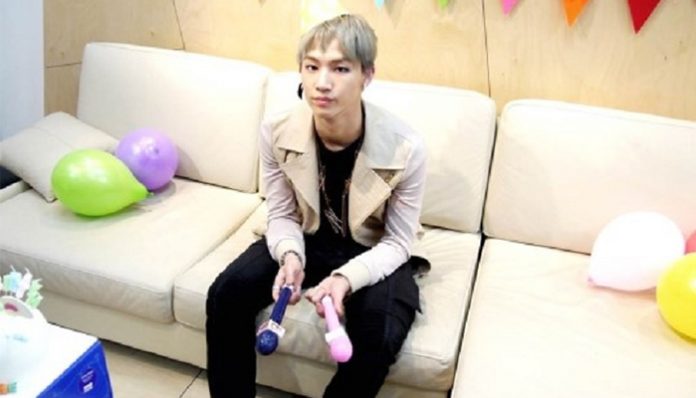 A South Korean artist, Lim Jae-Bum aka “JB” is perhaps best known as the leader of the boy band, Got7. Popular with a solid fanbase, the group released their debut album, Got It? in 2014. A huge hit, it eventually gave rise to the single, Girls, Girls Girls, which peaked at number 21 on the music chart.

In addition to his music career, he has also appeared in a handful of television shows. For instance, he has starred in the dramas, Dream High 2, When a Man Falls in Love, and Dream Knight. In 2014, he even participated in the variety show, Celebrity Bromance.

As a popular idol, does he pull in a decent amount of income? How wealthy is the singer? From what we could find online, it would appear that his current net worth is around $1 million. Where do most of his earnings come from? We’ll be diving into that topic below.

How did Lim Jae-Bum Make His Money & Wealth?

Born on January 4, 1994, in Going, South Korean, Lim Jae-Bum entered the showbiz after successfully auditioning for JYP Entertainment at the age of fifteen. By 2013, he had made his debut as a member of the boy band Got7. A year later, the group released their first studio album, Got It?, which effectively launched them into fame. To date, more than 61,000 copies have been sold across South Korea.

Later that same year, they also released their first chart-topper, Got Love, which proved to be an instant hit. Not long afterward, they accomplished the same results with their studio album, Identify, which has since sold over 91,000 units across Korea.

Since then, the singer has contributed to several of the group’s albums including Flight Log: Departure, 7 for 7, and Flight Log: Turbulence, among several others. By the mid-2010’s, Got7 had established themselves as one of the most popular boy bands in South Korea. Considering that, it wouldn’t be surprising if Jae-Bum were to have earned himself a decent amount from the said projects.

As you can probably expect, the boy band has also embarked on several concert tours since their formation in 2014. Not only that, but they regularly organize fan meetings across the world; most recently last year, that had greeted fans in Hong Kong.

In addition to his work with Got7, he’s also one-half of the pop duo, JJ Project with Jinyoung. Debuted in 2012, they recently dropped an album titled, Verse 2, which reached as high as number two on the music chart.

Music aside, the artist has also been involved with several TV shows since the early 2010’s. For instance, he had starred in the popular television drama, Dream High in 2012. Some of the other titles that he’s starred in include Dream Knight, and When a Man Falls in Love.

Besides acting, JB has also taken part in a few variety shows such as Celebrity Bromance, and Law of the Jungle. In 2012, he also co-hosted JJ Project Diary with Jinyoung.

No, Lim Jae-Bum is not married. As far as we know, the South Korean idol is currently single.

Does Lim Jae-Bum Have Any Children?

No, Lim Jae-Bum does not have any children

Did Lim Jae-Bum Go to College?

The last that we’d heard, he was studying film at Konkuk University.

What is Lim Jae-Bum Famous For?

He is best known as the leader of the boyband, Got7. In the recent years, he and Jinyoung have also gained themselves a fanbase as the pop duo, JJ Project.

What Kind of Car Does Lim Jae-Bum Drive?

Details on Lim Jae-Bum’s vehicle is unavailable at this time.

How Much Money Did Lim Jae-Bum Make Last Year?

At this time, we do not have any details on Lim Jae-Bum’s 2017 earnings.

With Got7, he most recently dropped the album, Eyes on You on March 12, 2018. Well received, it peaked at number one on the Korean music chart, with over 300,000 copies sold. Ultimately, the project had given rise to two singles, Look and One and Only You (Feat. Hyolyn).

What’s the South Korean boy band up to nowadays? For the latest news and announcements, be sure to follow their official Twitter account at @GOT7Official. Of course, there’s also their official website, which you can visit by clicking here.