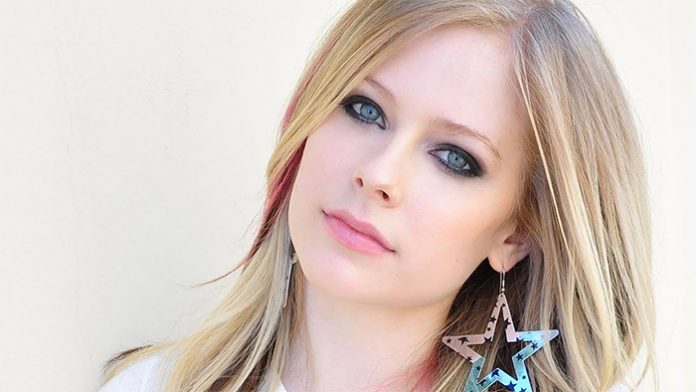 A Canadian singer, Avril Lavigne is one of the best-selling female artists of all time with over 50 million records sold worldwide. Hailing from Ontario, she had made her professional debut at the age of eighteen with the release of her first album, Let Go.

Since then, the blonde has put together several projects including the albums Under MY Skin, Goodbye Lullaby, and The Best Damn Thing. Her most recent album, Avril Lavigne came out in 2013. Some of her most popular songs to date include Girlfriend, What the Hell, Complicated, and Sk8er Boy.

Hailed as the “Pop Punk Queen,” she is often credited for her contributions to the pop-punk music scene. As one of the best-selling Canadian artists of all time, is it accurate to say that she’s well off? How rich is the songstress? According to various sites, Avril Lavigne has accumulated a net worth of $50 million throughout her career.

How did Avril Lavigne Make Her Money & Wealth?

Born on September 27, 1984, in Ontario, Canada, Avril Lavigne grew up in the city of Belleville, where she was recognized for her singing abilities at a young age. Encouraged to pursue music, her parents converted their basement into a recording studio when she was still in grade school. By the time she was in her teens, she regularly performed at local fairs, singing songs by Shania Twain, the Dixie Chicks, and Garth Brooks.

Eventually signed to Arista Records, she released her debut album, Let Go in 2002. Critically acclaimed, it peaked at number two on the Billboard 200 in the United States, where it garnered positive reviews from contemporary critics. Nominated for five Grammy Awards, the album eventually spawned four hit singles Losing Grip, Complicated, Sk8er Boi, and I’m With You. To date, more than 16 million copies have been sold worldwide.

Two years afterward, she followed up with a second album titled, Under My Skin. Her first project to reach number one on the Billboard 200, it gave rise to several songs such as Don’t Tell Me, My Happy Ending, and Nobody’s Home. Since then, the blonde has also come out with the projects The Best Damn Thing, Avril Lavigne and Goodbye Lullaby, though none rivaled the success of her debut effort.

Aside from what she’s earned from the above records, she’s also pulled in a significant amount from putting on concerts and shows. In fact, most of her albums have been accompanied by a concert tour; for instance, she had embarked on The Avril Lavigne Tour in 2013, in support of her self-titled album.

Though music is her main focus, the songstress has also appeared in several television shows over the years. Some of her TV credits include Going the distance, Fast Food Nation, Over the Hedge, and The Flock. At one point, she even served as a guest judge on American Idol.

As far as upcoming projects, she will be voicing Snow White in the animated film, Charming, which will be released in theatres later this year.

As far as we know, she is currently single. Previously, she was married to Chad Kroger from 2013 to 2015.

Does Avril Lavigne Have Any Children?

No, Avril Lavigne does not have any children.

Did Avril Lavigne Go to College?

No, as far as we know, Avril Lavigne has not gone to college.

What is Avril Lavigne Famous For?

Avril Lavigne rose to fame in the early 2000’s with the release of her debut album, Let Go. Since then, she has sold more than 50 million singles across the globe, making her one of the best-selling artists in Canada.

Avril Lavigne currently resides in Ontario, Canada. Further details on her location are not available.

What Kind of Car Does Avril Lavigne Drive?

Details on Avril Lavigne’s vehicle are not available.

How Much Money Did Avril Lavigne Make Last Year?

Unfortunately, we do not have any information regarding Avril Lavigne’s annual salary.

As far as her music career goes, she hasn’t released any new albums since her self-titled effort in 2013. With that said, she did record a collaboration (i.e. Baby It’s Cold Outside) with Jonny Blu last year.

Want to show your support for the star? How about following her on social media? You can find Avril Lavigne on Twitter and Instagram at @AvrilLavigne. For her music videos and more, be sure to check out her official YouTube channel.