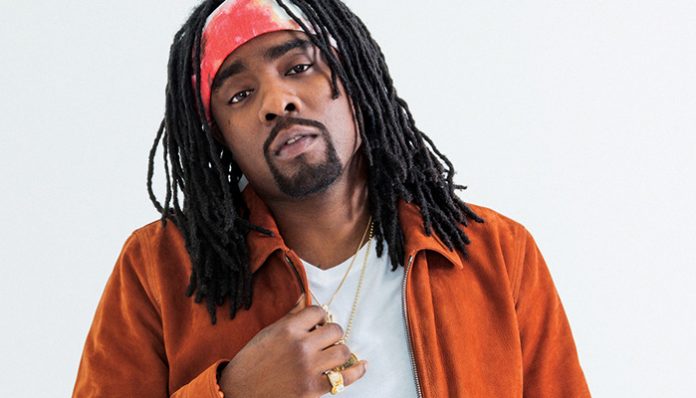 A Grammy nominee, Wale rose to fame with the release of his single, Dig Dug (Shake It) in 2006. Since then, he has dropped a number of records including Chillin (Feat. Lady Gaga), Lotus Flower Bomb (Feat. Miguel), and Bad (Feat. Rihanna). Just last year, he came out with his fifth studio album, Shine.

In addition to his solo works, the emcee has been featured in the works of several artists including Waka Flocka Flame, The Roots, Marcus Canty, and Rick Ross. Some of these tracks include No Hands, Diced Pineapples, In & Out, and Rising Up. His most recent collaboration was that of Spirit with Kwesta in 2017.

How is he doing nowadays? How much has he made from his albums and singles? How rich is he? As of 2018, it’s said that Wale has accumulated a net worth of $4 million. Where does the majority of his income come from? We’ll be looking into this below.

How did Wale Make His Money & Wealth?

Born on September 21, 1984, in Washington, D.C., Wale grew up in Maryland, where he went to developed a fondness for the hip-hop genre. Upon graduating from high school, he attended a few colleges before transferring to Bowie State University. Prior to graduating, however, he dropped out to pursue a recording career. In 2003, he released his first recorded track, Rhyme of the Century. With a little bit of luck, it eventually received airtime on the local radio. Following that, he was signed to a local music label, Studio 43.

Several years later, he released his major label debut, Attention Deficit. Well received by critics, it gave rise to three singles, Pretty Girls, Chillin, and World Tour. In the US, the album peaked at number 21 on the Billboard 200. Ultimately, it was from this point onwards that his popularity began to soar.

His next album, Ambition was released in 2011. A commercial success, it not only reached number two on the US Billboard 200 music chart, but it had also topped the Top R&B Albums music chart. Responsible for his platinum single Lotus Flower Bomb (Feat. Miguel), it later received gold accreditation from the RIAA.

Since then, the rapper’s released three additional albums, two of which (i.e. The Gifted and The Album About Nothing were chart-toppers in the US. Some highlights from these titles include Bad (Feat. Rihanna), and The Body (Feat. Jeremih).

On top of his studio albums, Wale has dropped several mixtapes, most of which were made available for streaming online. Considering everything, it only makes sense that a good portion of his income comes from the said releases.

As you can probably expect, he also performs concerts on a regular basis. Another source of income for the rapper, it’s likely that he rakes in a set amount per show. Unfortunately, it doesn’t look like he has any performances scheduled for the next few months.

If you’d like to support his work, there’s also the merchandise store that he runs- you can visit it on his official website here.

While he isn’t married, he has been in a longtime relationship with Chloe Alexis.

Does Wale Have Any Children?

Yes, he does. In 2016, it was announced that his girlfriend was expecting their first child.

Did Wale Go to College?

What is Wale Famous For?

Where Does Wale Live now? Pictures of Wale’s House

Unfortunately, we do not have any details on Wale’s abode at this time.

What Kind of Car Does Wale Drive?

Details on Wale’s vehicle are not available.

How Much Did Wale Make Last Year?

Unfortunately, details on Wale’s annual earnings are unavailable at this time.

Earlier this year, he released an extended play titled, It’s Complicated on March 13, 2018. Released as a digital download, it peaked at number 154 on the Billboard 200.

As far as singles go, he released a few titles including Running Back, Fashion Week, Saint Laurent and Staying Power over the past year.

Want to keep up with him? Why not give him a follow on social media? You can find Wale on Instagram and Twitter at @Wale. For his music videos, be sure to check out his official YouTube channel- you can visit it here.