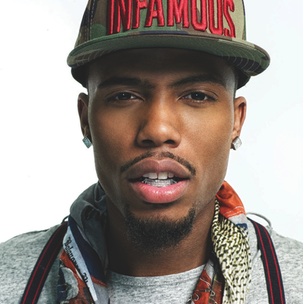 Ever find yourself wondering who “that guy” is who is often featured on popular songs, but you don’t know who he exactly is? B.o.B is one such artist known for both his own body of work, but also for his features on other artist’s songs. He is also a highly sought-after producer. Out of the many artists whom he has collaborated with, he is most known for working with Bruno Mars, Jessie J, TI, and Tech N9ne. He is particularly popular in the English hip-hop/pop scene – many of his singles have repeatedly topped the UK charts.

B.o.B’s massive discography of his own material and features has yielded numerous hit singles, the most notable being his 2009 debut single “Nothin’ On You” and the 2010 single “Airplanes” with Hayley Williams. “Airplanes” and numerous other singles have sold millions of copies and topped the charts around the world. Along with 16 collaborations, he also boasts an impressive discography of his own.

How Did B.o.B Earn his Money and Wealth?

B.o.B was born on November 15th, 1988 in Winston-Salem, North Carolina. His real name is Bobby Ray Simmons, Jr. His father was a pastor and his mother tended to the home. Ray became interested in music at a very young age and ultimately dropped out of high school in his freshman year after being signed. At the age of 14, young Bobby Ray. sold his first beat to a local advertising company. OF course, he had his sights set on much more than corporate jingles.

Desperate for a chance to be noticed, B.o.B snuck into a club in 2006 to perform an original song at a club owned by rapper T.I. He was noticed by an important executive who signed him to Atlantic Records a month later. In 2007, he released the single “Haterz” everywhere, which peaked at number 5 on the Billboard 100 Underground Singles chart. The song was mentioned by several popular media outlets, and young B.o.B was in even included in XXL’s Freshman class in 2009.

In 2010, B.o.B released his first album, B.o.B Presents The Adventures Of Bobby Ray. The album made the young rapper an instant hit. It debuted on the top spot of the Billboard 100. The singles “Nothing on You” with Bruno Mars, “Airplanes” with Hayley Williams, and “Bet I” with T.I. were especially popular, and the album’s success even landed him a spot at the 2010 MTV Music Awards. The Adventures Of Bobby Ray. was eventually certified 2x Platinum by the RIAA.

B.o.B followed up his first album with Strange Clouds in 2012. He hyped up the new album with the single “Price Tag” with Jessie J in late 2011. The album had even more notable guests, including Taylor Swift, Lil’ Wayne, and Nikki Minaj. The release of B.o.B’s second album further solidified his reputation as a creative powerhouse and opened the door for many more opportunities.

After embarking on his 2013 tour, B.o.B released the album Underground Luxury. The album was less successful than previous releases. This was partially due to the fact that he shifted much of his efforts to create his record label Label No Genre in 2014.

In February 2015, B.o.B appeared on Hood Go Crazy with Tech N9ne after collaborating on a mixtape with him. He then self-released Psycadelik Thoughtz and Elements in 2015 and 2016 with little promotion. In May 2017, the rapper released Ether – yet again under his own label. B.o.B claimed that the stream of self-releases was a result of Atlantic Records suppressing his creative talents. He has also stated he plans to release a rock album when he can get the freedom to do so. 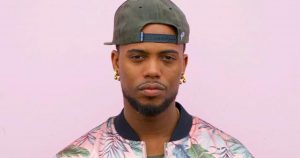