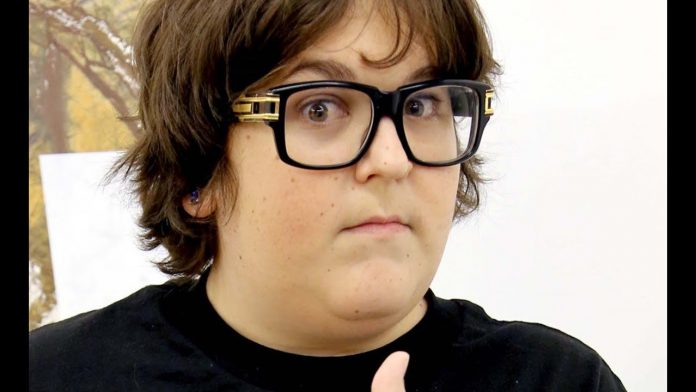 At first glance, Andy Milonakis looks like your average teenage boy… minus the fact he’s actually 40 years old. Due to a genetic testosterone deficiency, comedian Milonakis has the voice and appearance of a prepubescent boy. He often uses his appearance to subvert the expectations of other people in the music and skits he works on. Along with his musical and comedic endeavors, Milonakis has recently taken up internet live streaming alongside popular Twitch.tv streamers – his antics of which have made him more popular than ever before.

Milonakis’s condition may seem like a setback, but it was actually a staple of much of his act. After gaining popularity for a series of viral videos, he appeared on the Jimmy Kimmel show. Many people were amused by the fact he looked much younger than his true age and had a good sense of humor as well. This allowed Milonakis to leverage the attention into his comedy and music.

How Did Andy Milonakis Earn his Money and Wealth?

Andy Milonakis was born on January 30th, 1976 in Katonah, New York. He lived an ordinary life, – up until the time most boys his age began hitting puberty. It was then that he began to notice he was different from others and was shortly diagnosed with a growth hormone deficiency thereafter. For various reasons, he decided against treating it.

Shortly after graduating from college, Andy Milonakis worked IT at an accounting firm. During this time he began uploading videos of himself singing on Youtube. In 2003, he changed the course of his life forever after uploading his first viral video, “The Superbowl is Gay”. Milonakis initially posted the video in response to being invited to a Super Bowl Party and consisted of him singing the song’s title while playing guitar.

After an agent for the Jimmy Kimmel show saw the video, he helped to score Milonakis a role on the show for one year. This gave the rising star many new opportunities to showcase his talents. Shortly following his appearances on the show in 2005, Milonakis also released his own EP, Busboys Paradise with rappers Dean Schull and Max Kasch.

Andy Milonakis made his film debut in 2005 on the film Waiting. He also began hosting his own self-titled show on MTV2 that same year. The Andy Milonakis Show ran for three seasons. Milonakis met many other celebrities during this time and had guest appearances on several popular shows. His many humourous covers on YouTube helped him expand his career into music as well.

After releasing several mixtapes, singles, and EPs of his own, Andy Milonakis joined forces with rappers Riff Raff and Dirt Nasty to form the group Three Loco in 2011. The group released a single EP and stayed together for three years before disbanding to pursue other projects. Milonakis appeared on several other rappers songs before and after Three Loco disbanded. From 2010 to 2015, he appeared on singles from Lil B, Gucci Mane, Snoop Dogg, Chief Keef, and several other rappers.

In 2017, Andy Milonakis began streaming on Twitch.tv. Within a few months, she was one of the most popular streamers on the site. As of 2018, Milonakis currently hosts a cooking show on the VICE Network. He is also a popular livestreamer on Twitch.tv, often streaming with popular life/gaming streamers such as Asian Andy and Ice Poseidon.