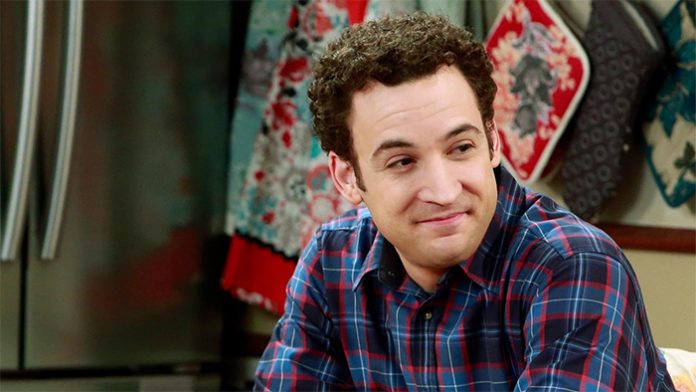 A former teen star, Ben Savage rose to fame as Cory Matthews in the popular sitcom, Boy Meets World during the 1990’s. Since then, he has appeared in several other shows such as Still Standing, Without a Trace, Shake It Up, and Bones. Most recently, he played the role of Gene in the comedy series, Still the King in 2017.

Aside from television, he has also appeared in a number of films over the years. Some of his film credits include Car Babes, Closing Time, White Dwarf, and The Caterpillar’s Kimono.

What’s the actor up to nowadays? Considering all of the gigs that he’s landed so, how much has he banked? How wealthy is the former teen star? According to various sources, Ben Savage has accumulated a net worth of $12 million throughout his acting career. What are some of the titles that have contributed the most to his wealth? Let’s have a look below.

How did Ben Savage Make His Money & Wealth?

Born on September 13, 1980, in Chicago, Illinois, Ben Savage is the youngest of three siblings; he has a sister named Kala and a brother named Fred, both of whom are also actors. At the age of nine, he made his acting debut in the black comedy film, Little Monsters. From there, he appeared in the movie Big Girls Don’t Cry…They Get Even in 1992.

A year later, he received a big break after being cast as Cory Matthews in the sitcom, Boy Meets World. Premiered in the fall of 1993, the show proved to be popular, with an average of 8 million viewers during the first season. Over time, as it continued into the next seasons, its viewership also increased; with that, the actor also gained a significant amount of fame.

Despite having only been in his teens at the time, his portrayal of Ben Savage went on to earn him three Young Artist Award nominations, a Young Star Award nomination, as well as a Nickelodeon Kids’ Choice Award. As one of the main characters, it’s also expected that he was paid a decent amount per episode.

In the end, Boy Meets World ran for seven years, until the summer of 2000. During that period, Savage also made guest appearances in other shows such as Party of Five, Maybe This Time, and Adventures from the Book of Virtues.

From there, his next big project came in 2014, when he was asked to reprise the role of Cory Matthews in the spinoff, Girl Meets World. Premiered on the Disney Channel, the show continued for three seasons, before ending in January 2017. Since then, he has landed a recurring role in the comedy series, Still the King, starring Billy Ray Cyrus, Travis Nicholson, and Joey Lauren Adams.

In addition to his television career, he has also appeared in a number of feature films. For instance, he has played various roles in the titles Car Babes, Palo Alto, Peace and Riot, and White Dwarf.

No, he is not married. As far as we know, Ben Savage is currently single.

Does Ben Savage Have Any Children?

No, Ben Savage does not have any children.

Did Ben Savage Go to College?

Yes, he studied political science at Stanford University; he graduated in 2004.

What is Ben Savage Famous For?

Ben Savage rose to fame as Cory Matthews in the sitcom Boy Meets World. In the recent years, he has also reprised his role in the spin-off, Girl Meets World.

Unfortunately, we do not have any details available on Ben Savage’s abode at this time.

What Kind of Car Does Ben Savage Drive?

Details on Ben Savage’s vehicle are not available.

How Much Money Did Ben Savage Make Last Year?

Unfortunately, we do not have any information regarding Ben Savage’s annual salary.

As mentioned earlier, he recently appeared in the TV series Girl Meets World, and Still the King, the former of which saw him reprising his role of Cory Matthews. As far as we know, he has not yet made any television appearances this year.

Want to keep up with the former teen star? If so, how about giving Ben Savage a follow on social media? You can find the actor on a few online outlets such as Instagram (@BenSavage) and Twitter (@BenSavage). As far as we know, he does not have an official fan page on Facebook.