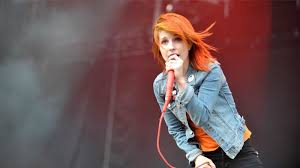 The lead vocalist of Paramore, Hayley Williams founded the group with Jeremy Davis, Zac Farro, and Josh Farro in 2004. Over the years, they’ve released a handful of albums including All We Know Is Falling, Brand New Eyes, and Riot!, among a couple of others. Their most recent project, After Laughter came out in 2017.

In addition to her work with the band, she has made several guest appearances in songs such as B.o.B’s Airplanes, which has since gone six-times platinum in the U.S. In 2013, she also landed a feature in Zedd’s Stay the Night, which charted on the Billboard Top 200.

As a member of Paramore, how much has she pulled in throughout the years? How is she doing for herself as a recording artist? How wealthy is it? As of 2018, Hayley Williams’ net worth is an estimated $14 million. What contributes the most to her overall income? Let’s take a better look at her music career.

How did Hayley Williams Make His Money & Wealth?

Born on December 27, 1988, in Meridian, Mississippi, Hayley Williams spent her teen years in Franklin, Tennessee, where she met her future bandmates Josh and Zac Farrow in school. Prior to forming Paramore, she worked as a songwriter in Nashville, where she had the chance to collaborate with a number of artists. Ultimately, it wasn’t until 2004 that the trio got together to form the rock band.

Their debut album, All We Know Is Falling was released in 2005. Relatively successful, it has since received gold certification with over 500,000 sales across the country. With that said, it wasn’t until their second album, Riot! hit stores that their popularity skyrocketed. A significant improvement over their first effort, it gave rise to a few smash hits including Misery Business, Crushcrushcrush, and That’s What You Get.

Carrying on with their music career, Paramore released their third album, Brand New Eyes in 2009. A commercial success, it not only peaked at number two on the Billboard Top 200, but it has also received platinum certification in the US, UK, and Australia.

Since then, two additional albums have come out- Paramore and After Laughter. Much like their previous endeavors, both proved to be popular among fans.

Seeing as how William is known for her work with Paramore, and the band’s popularity, it only makes sense that she’s earned most of her income through their releases (i.e. albums, singles). In addition to what they pull in from their record sales, the group also makes a considerable amount of concert tours. Speaking of which, they’re currently on the road for the 2017-2018 After Laughter Tour, which will be continuing until August 25, 2018.

Still, the singer herself does have a fellow solo venture. For instance, she launched her own beauty series called Kiss-Off in 2015. Since then, she has also created her own hair dye brand called, Good Dye Young.

As far as television appearances go, she has appeared in various shows such as Walking Dead, Big Morning Buzz Live, Zedd True Colours, and E! News, to name a few.

She was briefly married to Chad Gilbert, New Found Glory’s lead guitarist from 2016 to 2017.

Does Hayley Williams Have Any Children?

No, Hayley Williams does not have any children.

Did Hayley Williams Go to College?

No, Hayley Williams has not gone to college.

What is Hayley Williams Famous For?

Hayley Williams is best known as the lead vocalist of the rock band Paramore. Throughout the years, they have released several hits including Misery Business, Decode, and The Only Exception.

Hayley Williams currently lives in Nashville, Tennessee. Unfortunately, we do not have any photos of her abode at this time.

What Kind of Car Does Hayley Williams Drive?

Details on Hayley Williams’ vehicle are not available.

How Much Money Did Hayley Williams Make Last Year?

Unfortunately, we do not have any information regarding Hayley Williams’ annual salary.

Last year, she and the band released their fifth studio album, After Laughter on May 12, 2017. In support of the album, they are currently on the road for their After Laughter Tour, which will continue until this August.

Wondering what the singer is up to? If you’re a fan of Hayley Williams, why not follow her on social media? You can find her on Instagram and Instagram under the same handle, @YelyahWilliams. Of course, you can also visit her official Facebook fan page here.