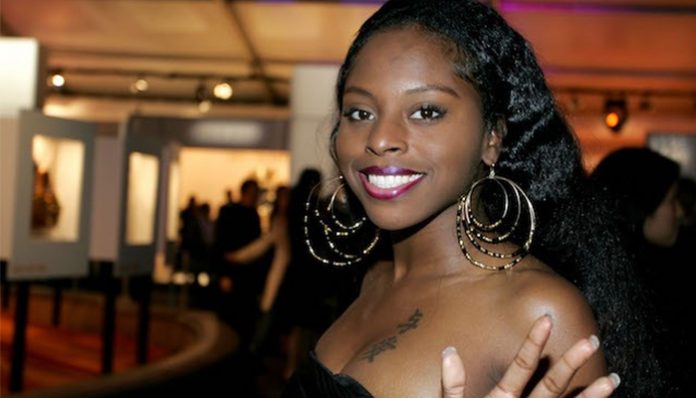 Best known for her solo work, Foxy Brown has released numerous hits such as I’ll Be, Big Bad Mama, and Hot Spot. At the peak of her popularity during the late 90’s and early 2000’s, she came out with the albums Ill Na Na, Chyna Doll, and Broken Silence, all of which went on to receive RIAA accreditation.

Often referred to as the “Hip-Hop Princess”, she has sold more than 13 million records worldwide. In addition to her music career, she has also appeared in a couple of films, Woo and Fade to Black. On television, she has been featured in shows such as The Mo’Nique Show and Soul Train.

How’s the rapper doing for herself? In the years since her debut, how much has she earned from her music efforts? As of 2018, Foxy Brown has a net worth of around $1.8 million. How much of this came from the success of her records? Let’s take a look.

How did Foxy Brown Make Her Money & Wealth?

Born on September 6, 1978, in New York, Foxy Brown launched her music career after winning a talent competition as a teen. From there, she was featured in several songs including LL Cool J’s I Shot Ya and Toni Braxton’s You’re Makin’ Me High. After a label bidding war, she was eventually signed to Def Jam Records at the age of seventeen.

Later that year, she dropped her debut album, Ill Na Na on November 19, 1996. Produced primarily by Chris Lighty, Steve Stoute, and Trackmasters, it entered the Billboard 200 at number seven with over 100,000 sales in the first week. Featuring guest vocals from Kid Capri, Jay Z, and Method Man, among a couple of others, it eventually spawned three singles- Big Bad Mamma, I’ll Be and Get Me Home.

A few years later, she came back with a second project titled, Chyna Doll. Her first album to reach number one on the Billboard 200, it gave rise to several songs including My Life, Can You Feel Me, Baby, I Can’t, Tramp, and 4-5-6. In support of the album, Brown also headlined a North American tour.

From there, she released her third full-length album, Broken Silence in 2001. The only project that she had released in the 2000’s, it remains to be her most recent record to date. Supported by four singles, it reached as high as number five on the Billboard 200. As of 2018, more than 500,000 copies have been sold domestically.

With how successful all of her albums were, it’s more than likely that she’d earned a significant amount of royalties from the above titles.

In addition to her solo releases, she has also been featured in the works of Sean Combs, Shyne, 112, and Nas to name a few. Some of these songs include U Already Know, Affirmative Action, and Ain’t No Nigga.

Though music is her main focus, she has also appeared in a couple of films including Woo (1998), and Fade to Black (2004). On television, she has appeared in various shows such as Inside Edition, The Mo’Nique Show, and Fashion Week Diaries.

While she’s in a relationship, details on her partner have not been disclosed.

Does Foxy Brown Have Any Children?

Yes, last year, she gave birth to a baby daughter.

Did Foxy Brown Go to College?

Foxy Brown has not gone to college. Instead, she had pursued a music career since her teen years.

What is Foxy Brown Famous For?

Foxy Brown rose to fame in the mid 90’s with the release of her debut album, Ill Na Na, which gave rise to the hit songs I’ll Be, Get Me How, and Big Bad Mama.

What Kind of Car Does Foxy Brown Drive?

Details on Foxy Brown’s vehicle are not available.

How Much Money Did Foxy Brown Make Last Year?

Unfortunately, we do not have any information regarding Foxy Brown’s annual salary.

Nearly two decades after her last album (i.e. Broken Silence), it’s said that she will be releasing her fourth studio album sometime later this year. With that said, not much has been revealed about the project so far.

Want to know what she’s up to? How about giving her a follow on social media? You can find Foxy Brown on Instagram and Twitter under the handle @FoxyBrown. For the latest announcements, don’t forget to also drop by her official Facebook page.