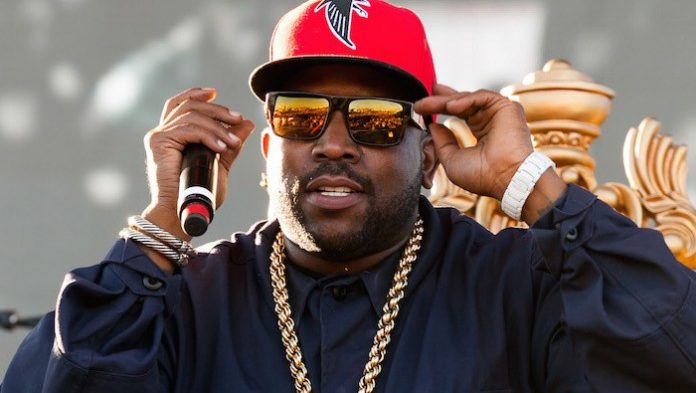 An American rap artist, Big Boy is perhaps best known as one-half of the award-winning music duo, Outkast. One of the most successful hip-hop groups of all time, they released numerous hits throughout their career including Hey Ya!, Roses, and Player’s Ball.

In the recent years, the emcee has also made himself known as a solo artist. In 2010, he dropped his first record, Sir Lucious Left Foot: The Son of Chico Dusty. His most successful record to date, it had peaked as high as number three on the Billboard 200. Outside of his music career, he has also appeared in a number of TV shows such as King of the Hill, Who’s Your Caddy?, and Star.

How wealthy is the rapper, considering all that he’s churned out over the years? According to various sources, Big Boi has accumulated a net worth of around $50 million as of 2018. Below, we’ll be taking a look at where his money comes from.

How did Big Boi Make His Money & Wealth?

Originally from Savannah, Georgia, Big Boy spent many years in his hometown before relocating to Atlanta to live with one of his relatives. Ultimately, it was during his time in high school that he developed a passion for hip-hop music; not only that, but it was also there that he met his future collaborator, Andre Benjamin. With encouragement from a group of local producers, the pair eventually teamed up to form a hip-hop duo called Outkast in 1991.

Seeing as how he launched his music career as one-half of the duo, it’s not surprising to know that their records had contributed significantly to his initial wealth. Three years after coming together, the pair released their debut album, Southernplayalisticadillacmuzik. Met with positive reviews, it consisted of 17 tracks, two of which featured guest vocals from Goodie Mob.

By the end of the 90’s, Outkast had added two additional albums to their catalog- ATLiens and Aquemini, both of which went on to receive double platinum certification form the RIAA. Some of their duo’s later works include Stankonia, Speakerboxxx/The Love Below, and Idlewild, all of which were commercial successes.

In addition to his work with Outkast, Big Boy has also released a few studio albums as a solo artist. His debut project, Sir Lucious Left Foot: The Son of Chico Dusty came out in 2010. A decent hit, it was later followed by Vicious Lies and Dangerous Rumors and Boomiverse, the latter of which recently came out in 2017.

In 2015, the rapper had also worked with Phantogram on a collaborative EP titled, Big Grams. A seven-track project, it included the songs Fell in the Sun, Put it On Her, and Goldmine Junkie, among a few others. In the US, the album had reached both the Billboard 200 and Top Rap Albums charts.

Outside of his music career, Big Boy has also appeared in several TV series such as King of the Hill, Who’s Your Caddy?, Kiss and Tail and Star. Most recently, he made an appearance in the animated cartoon, Animals.

Yes, Big Boi has been together with his wife Sherlita Patton since 2003.

Does Big Boi Have Any Children?

Big Boi has three children with his wife, two sons named Cross and Bamboo and a daughter named Jordan.

Did Big Boi Go to College?

No, Big Boi has not gone to college.

What is Big Boi Famous For?

Big Boi rose to fame as one-half of the popular hip-hop duo, Outkast in the 1990’s. In the recent years, he has also made a name for himself as a solo music artist.

Big Boi currently lives in Atlanta, Georgia. Unfortunately, photos of his abode are not available.

What Kind of Car Does Big Boi Drive?

Details on Big Boi’s vehicle are not available.

How Much Money Did Big Boi Make Last Year?

At this time, we do not have any information on Big Boi’s annual salary.

Want to stay up-to-date with what’s going on? If so, be sure to give the rapper a follow on social media. You can find Big Boy on Twitter at @BigBoi and on Instagram at @TheRealBigBoi. On Facebook, he also has an official fan page which you can visit by clicking here.