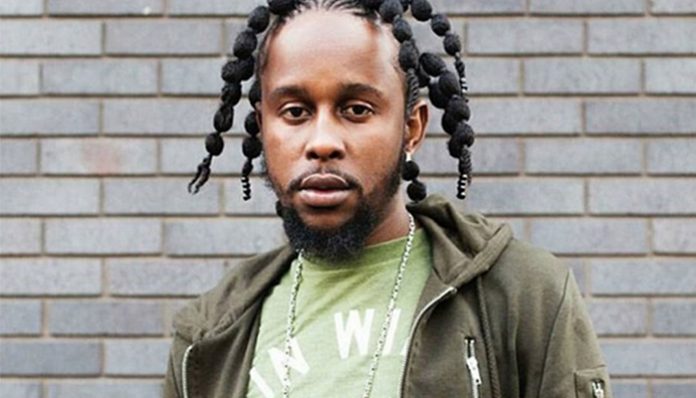 A talented deejay from Jamaica, Popcaan has been making music since 2007. With that said, it wasn’t until he collaborated with Kartel on the song Clarks in 2010, that he received international attention. A few years after his breakthrough, he landed a music deal with Mixpak Records.

Later that same year, he released his debut album, Where We Come From. A commercial success, it gave rise to the single, Everything Nice, which has since been played millions of times on YouTube. Since then, he has landed several features in a number of songs such as I Know There’s Gonna Be, I’m In Control, and Should’ve Been Me.

How wealthy is the Jamaican DJ? How much has he managed to pull in from his records? According to various sources, Popcaan has accumulated a net worth of $1.5 million as of 2018. How many sources of income does the artist have? We’ll be taking a look below.

How did Popcaan Make His Money & Wealth?

Born on July 19, 1988, in Saint Thomas, Jamaica, Popcaan was raised in Portmore, St. Catherine, where he developed a strong interest in music at a young age. Wanting to make himself known in the music scene, he approached Jamaican artist Vybz Kartel at a local event in 2007. From there, he was taken under his wing as a member of his music group, Portmore Empire. Shown the ropes, Kartel eventually took him on to events such as such as Reggae Sumfest and Sting.

Over the next few years, he worked on several songs for Adidjaheim Productions including It Nuh Work So, Dream, Hot Grabba, Ganga City Part Second, and Jah Jah Protect Me. Eventually, his hard work paid off. In 2010, he received a breakthrough with the release of Clarks, a collab that he did with Kartel. A commercial success, it went on to earn him an EME Award for “Best New Artist” in 2011.

From there, the DJ released a few mixtapes including Hot Skull, Fry Yiy, Boil Brainz, and Yiy Chage. Still, it wasn’t until 2014 that he landed a music deal with Mixpak Records. That same year, he dropped his major label debut, Where We Come From, which gave rise to the hit single, Everything Nice. Well received, it had debuted at number two on the Billboard Top Reggae Albums chart.

Though he hasn’t released any new records in a while, (according to reports, he’s currently working on his second title), he has been featured in several singles over the past two years such as Kyla’s You Ain’t Mine, Naughty Boy’s Should’ve Been Me, and AlunaGeorge’s I’m In Control.

In addition to what he makes from his records, he also embarks on concert tours on a regular basis. Not only has he performed in the US, but he has also entertained crowds in South America, Canada, and Europe. Speaking of which, he has a couple of shows planned for later this summer in London and Toronto. For more details, you can check out his official website.

No, but he has been daring Kavell Heir since 2015.

Does Popcaan Have Any Children?

He has a daughter named Rihanna.

Did Popcaan Go to College?

No, Popcaan has not gone to college.

What is Popcaan Famous For?

Popcaan received a breakthrough with the release of Clarks, a collaboration with Kartel in 2010. Since then, he has dropped several records including his debut album, Where We Come From.

Where Does Popcaan Live now? Pictures of Popcaan’s House

Popcaan currently lives in Kingston, Jamaica. Photos of his abode are not available at this time.

What Kind of Car Does Popcaan Drive?

Details on Popcaan’s vehicle are not available.

How Much Money Did Popcaan Make Last Year?

Unfortunately, details on Popcaan’s annual earnings are unavailable at this time.

Last year, the deejay landed a number of features in the works of Gorillaz, Giggs, Kyla, Tieks, and Ivy Layne. Some of these songs include Saturnz Barz, One You Love, You Ain’t Mine, Say A Prayer, and Times Tickin. The last that we’d heard, he was also working on his second studio album.

What’s the Jamaican star up to? If you’re a fan, how about giving him a follow on social media? You can find Popcaan on Twitter at @Popcaanmusic and on Instagram at @PopcaanUpdate. For his music videos and more, be sure to also subscribe to his YouTube channel, which you can visit here.