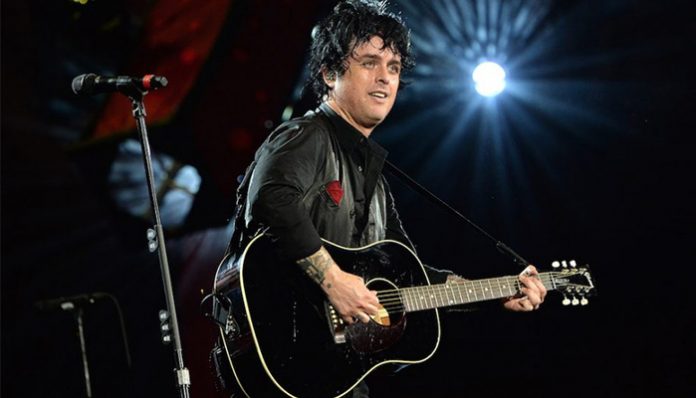 A singer-songwriter, Billie Joe Armstrong is best known as a member of the punk rock band, Green Day. Since their inception in 1986, they’ve released numerous hit songs such as Basket Case, Good Riddance (Time of Your Life), and When I Come Around. Just last year, they came out with a new compilation album titled, God’s Favorite Band.

In addition to that, he is also the lead vocalist of a band called Pinhead Gunpowder, with whom he’s performed with since the early 1990’s. Some of their most notable releases include West Side Highway, Shoot the Moon, and Carry the Banner.

Considering his long list of music credits, is it accurate to say that he’s fairly well off? How wealthy is the recording artist? How much has he pulled in from the music scene over the past few decades? As of 2018, Billie Joe Armstrong is said to have accumulated a net worth of $55 million. Wondering where he earned this fortune from? We’ll be exploring this topic below.

How did Billie Joe Armstrong Make His Money & Wealth?

Born on February 17, 1972, in Oakland, California, Billie Joe Armstrong was raised with his five siblings in the town of Rodeo. As a young boy, he developed a strong interest in music. By the time he was fourteen, he had formed a band with his childhood friend Mike Dirnt. Though they initially performed under the name Sweet Children, they later changed it to Green Day in 1988.

A few years later, they released their debut album, 39/Smooth. By the mid-1990’s, the band had made themselves known in the music scene with two RIAA-certified albums, one of which received diamond accreditation. Since then, they’ve dropped numerous hits including Wake Me Up When September Ends, Good Riddance (Time of Your Life), Boulevard of Broken Dreams, and American Idiot.

Considering the band’s continuous success, it’s not surprising to know that Armstrong, one of the founding members, has earned a significant amount from their efforts throughout the years. In 2010, Armstrong even starred as St. Jimmy in the stage production of American Idiot (their album had been adapted into a Broadway play that year).

In addition to his work with Green Day, he also served as the guitarist and vocalist for the band, Pinhead Gunpowder. Some of the albums that they’ve put forth include Carry the Banner, Goodbye Ellston Avenue, and Shoot the Moon. Their most recent project, West Side Highway came out in 2008.

In addition to his music career, Armstrong has also appeared in a number of films and television programs. For instance, his list of movie credits includes Bullet in a Bible, The Simpsons Movie, Heart Like a Hand Grande, and This is 40. On the small screen, he has also made appearances in the shows King of the Hill, Nurse Jackie, and Drunk History. In 2012, he even appeared in the popular singing competition series, The Voice.

In the past, he has also lent his voice to the video games Tony Hawk’s American Wasteland and Green Day: Rock Band.

Billie Joe Armstrong has been married to Adrienne Nesser for over two decades.

Does Billie Joe Armstrong Have Any Children?

No, Billie Joe Armstrong has not gone to college.

What is Billie Joe Armstrong Famous For?

Billie Joe Armstrong rose to fame as the lead vocalist of Green Day, a punk rock band that he co-founded with his longtime friend, Mike Dirnt in 1986.

Billie Joe Armstrong currently lives in California. Unfortunately, we do not have any pictures of his abode at this time.

What Kind of Car Does Billie Joe Armstrong Drive?

Details on Billie Joe Armstrong’s vehicle are not available.

How Much Money Did Billie Joe Armstrong Make Last Year?

Unfortunately, details on Billie Joe Armstrong’s annual earnings are unavailable at this time.

Last year, it was announced that he had formed a supergroup named The Armstrong with Tim Armstrong of Rancid fame. Already, they’ve released their first song, If There Ever Was a Time.

What’s the singer up to nowadays? If you want to keep up with him, why not follow him on social media? You can find Billie Joe Armstrong on Instagram at @BillieJoeArmstrong or on Twitter at @BillieJoe. Alternatively, you can check out his Facebook fan page here.