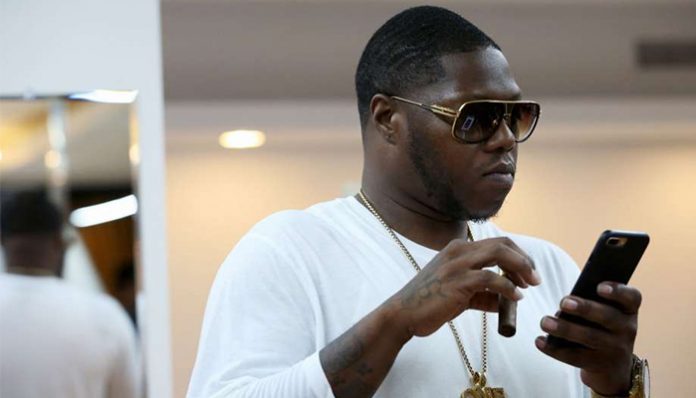 Hailing from Texas, Z-Ro has been involved with the rap scene since the late 1990’s. Named “One of the Most Underrated Rappers” by the New York Times, he had made himself known in 1998 with his debut album titled, Look What You Did to Me.

Since then, he has released numerous projects, many of which have charted in the United States. Some noteworthy mentions include the albums Let the Truth Be Told, Meth, Crack, King of the Ghetto: Power, and Angel Dust. His most recent titles, No Love Boulevard and Codeine were released in 2017.

How successful is his music career today? Is he thriving in the rap industry? How much money has he pulled in? According to various sources, Z-Ro has accumulated a net worth of $2 million as of 2018. Below, we’ll be taking a closer look at how his career has played out over the years.

How did Z-Ro Make His Money & Wealth?

Born on January 19, 1977, in Houston, Texas, Z-Ro’s childhood was less than ideal. After his mother died when he was six years old, he found himself shuttled between households. By the time he reached his teens, he had resorted to hustling and drug dealing on the streets. Ultimately, it was after he’d started to listen to the music of K-Rino, Gets Boys, and 2Pac, that he became inspired to leave that lifestyle behind him.

Not long after discovering his talent for rapping, he caught the attention of a local label, who subsequently offered him a music deal. In 1998, Z-Ro released his first official project, Look What You Did to Me. Over the next several years, many albums followed including Z-Ro vs. the World, King of da Ghetto, Life, and Screwed Up Click Representa.

In 2004, the rapper gained mainstream attention with the release of his eighth album, The Life of Joseph W. McVaey. His first record to reach the Billboard 200, it had given rise to 15 tracks, including That’s Who I Am, Hey Lil’ Mama, King of the Ghetto, and Everyday, among several others.

From that point onwards, his popularity only went up. By the end of the 2000’s, he had released five additional albums, all of which charted on the Billboard 200 and Top R&B Albums charts. Perhaps the most notable of all is that of his 2008 project, Crack, which reached as high as number 48 in the US.

Since then, Z-Ro has continued to drop albums on a regular basis. Most recently, he came out with No Love Boulevard and Codeine in 2017, the former of reached number 135 on the Billboard 200. Shared online, both playlists can be streamed on the rapper’s SoundCloud account.

In addition to what he makes from his musical releases, his occasional performances also generate a decent amount of income. In fact, he has a handful of shows scheduled for later this year at the time of this writing. For details, please visit his official website.

Speaking of sites, did you know that he has his own official store? If you’d like to own some merchandise, be sure to check it out.

No, he is not married. Up until last year, however, he was in a relationship with Brittany Bullock.

Does Z-Ro Have Any Children?

He has two daughters from a previous relationship.

Did Z-Ro Go to College?

No, Z-Ro has not gone to college as far as we know.

What is Z-Ro Famous For?

Where Does Z-Ro Live now? Pictures of Z-Ro’s House

Z-Ro currently lives in Texas. At this time, further details are not available.

What Kind of Car Does Z-Ro Drive?

Details on Z-Ro’s vehicle are not available.

How Much Money Did Z-Ro Make Last Year?

At this time, we do not have any information on Z-Ro’s annual salary.

As mentioned earlier, Z-Ro released two new albums last year, Codeine and No Love Boulevard. Some of his recent singles include Kneel Down, World Series Grillz and Texas 2Gether.

Earlier this February, he was also featured in Black Trump’s single, Sippin’.

Want to keep up with the rapper? If so, why not follow him online? Z-Ro can be found on a few social media platforms such as Instagram and Twitter at @Zromocitydon. For his official music videos and more, you can check out his YouTube channel here.