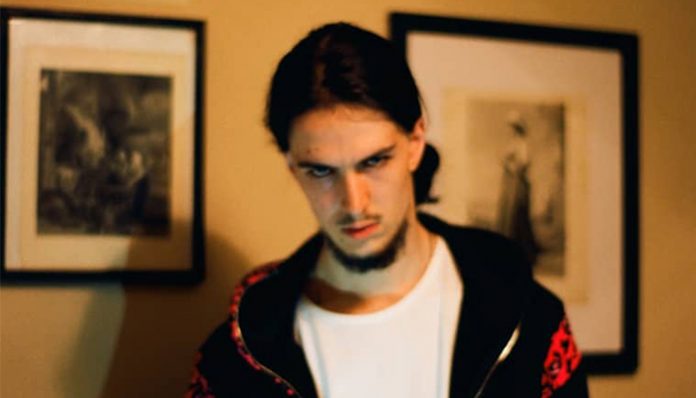 An up-and-coming rapper from Michigan, Bones has churned out dozens of mixtapes since his debut in 2011. Some highlights include Team Sesh, Dreamcatcher, Midnight: 12 AM, and Locals Only, among numerous others.

Considered by many to be “one of the greatest underground artists”, he has developed a significant fan base over the past few years. On SoundCloud alone, the rap artist has amassed more than 370,000 followers. Similarly, he has over 400,000 subscribers on his official YouTube channel. If anything his reputation has been on the rise since the early 2010’s.

How well-off is he, considering all of the projects that he’s dropped? How much has he banked from his music career? How rich is the 24-year-old? According to various sources, Bones has amassed a net worth of around $2 million as of 2018. Where did he earn the majority of this money from? Below, we’ll be taking a look at some of his projects- hopefully, we’ll be able to find the answer to that question.

How did Bones Make His Money & Wealth?

Born on January 11, 1994, in Marin County, California, Bones spent the first few years of his life in Muir Beach, before moving to Howell, Michigan, with his family. At the age of sixteen, he dropped out of high school; from there, he moved to live with his Brother in Los Angeles. Ultimately, it was around that time that he started to release music under the name, [email protected] Kid. In 2010, he released his first album, Cousin Eddie.

Notable for the incredible pace at which he releases new material, he had dropped over a dozen albums in 2011 alone. Some of these titles include Stay Golden, Holy Smokes, Midnight: 12 AM, and The Good Ratz.

After releasing a few more albums in 2012, he changed his stage name to what it is today- Bones. By the end of 2013, the rapper had added several other projects to his catalog including 1MillionBlunts, Teenager, Creep, and PaidProgramming. From then until now, he has continued to churn out albums at an extraordinary pace; in 2017 alone, he had put together six albums.

In addition to his solo releases, Bones has recorded several collaborative albums with artists such as Chris Travis, Xavier Wolf, and Drip-133. Not only that, but he’s made guest appearances in the works of Eddy Baker, Dylan Rose, and Wavy Jones, among many others. As if that wasn’t impressive enough, he’s also a member of a music collective called, Seshollowaterboyz.

Going back to our original question (i.e. Where does he earn his money from?), it’s obvious that he’s banked some of his many mixtapes and albums. On top of that, it’s likely that Bones also pulls in a stream of income from putting on concerts and performances (though he doesn’t have any scheduled at the moment).

If you’d like to support the rapper, you can check out his official merchandise store here. At the time of this writing, an array of products is available from t-shirts to hoodies.

No, Bones is not married. Having said that, he is in a relationship with a girl named Sam Strysko.

Does Bones Have Any Children?

No, Bones does not have any children that we know of.

Did Bones Go to College?

No, as far as we know, Bones has not gone to college. With that said, not much is known about his education history.

What is Bones Famous For?

Bones is perhaps best known for the incredible pace at which he releases new albums and mixtapes. Some of his most popular singles to date include Dirt, HDMI, Sodium, and Sixteen.

Where Does Bones Live now? Pictures of Bones’ House

Unfortunately, we do not have any information on Bones’ location at this time.

What Kind of Car Does Bones Drive?

Details on Bones’ vehicle are not available.

How Much Money Did Bones Make Last Year?

At this time, we do not have any information on Bones’ annual salary.

Earlier this year, Bones released a new single titled, Kana Grin Kadakan on March 4, 2018. On YouTube, the track has already garnered thousands of plays. According to reports, he is currently working on a new album titled, TheManInTheRadiator.

Want to keep up with the rapper online? You can find Bones on a few social media sites such as Twitter (@TeamSESH) and Instagram (@TeamSeshBones). On Facebook, you can also give him a like on his official fan page here.

For his music videos and more, be sure to also check out his official YouTube channel.