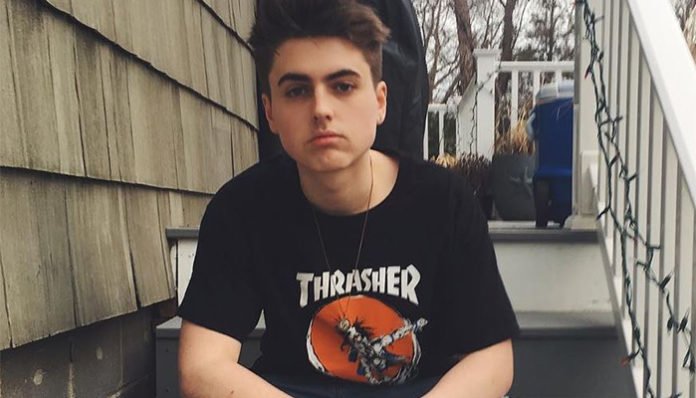 A New York-based rapper, Chris Miles’ initial wave of fame came after his audition for America’s Got Talent went viral. Over the past few years, the teen has continued to cement himself n the music scene with releases such as Psychotic, Objects in the Mirror and Can’t Catch Me. Most recently, he dropped an album titled, Milestones in 2017.

Continuing to rise in popularity as we speak, the teen has already amassed over 19,000 followers on the audio platform, Soundcloud. Speaking of which, he also has himself a solid following on YouTube, Instagram, and Twitter.

How much has he raked in from his various releases so far? How successful have his records been? How much is he worth now? From what we can gather online, Chris Miles’ 2018 net worth is around $1.5 million. What contributed to this wealth of his? We’ll be taking a look at the answer below.

How did Chris Miles Make His Money & Wealth?

Born on May 3, 1999, in Long Island, New York, Chris Miles initially rose to fame after a clip of his audition for America’s Got Talent went viral. Unfortunately, not much has been revealed about his early life at this time. Highly spirited, he has been writing his own beats and rhymes since his early teens. Even as a student, he often held after-school music sessions with his friends. Since then, the hobby has transformed into a full-time career.

In 2012, he put together his first mixtape, I Am Me. Released online, it spawned several tracks including Dial Tone and Shut It Down, the latter of which featured Traphik. Presented by T3 Musical Group, the playlist has since been streamed tens of thousands of times online.

A year later, he dropped his second mixtape titled, Growing Pains. Produced by Den-Z, Redd Lights, TyCo, among a few others, it consisted of 15 tracks, some of which included Forgiveness, Hear Me Out, and Off The Chain.

On a roll, he later followed up with Birth of Cool in 2014. A collaboration with producers Jake One and Statik Selektah, it gave rise to seven cuts including Conversations, Perfect Knew That, and Something. For those who are interested, the mixtape can be streamed on Datpiff.com.

Most recently, the emcee surprised fans with a new extended play titled, Milestones. A 6-track project, it consisted of the tracks: Scumbag, Kinda Difficult, Dear Everyone, Moment, Weatherman, and Wake Up. Available for streaming on Soundcloud, the playlist has already been played hundreds of thousands of times online, making it Miles’ most successful album to date.

Returning to the question of income, it’s only natural that he would have banked off some of the above releases. In fact, on top of record sales, it’s likely that Miles also makes a decent sum from putting on shows and concerts (though he doesn’t have any scheduled for now).

Want to support the artist? You can also visit his official merchandise store by clicking here.

No, Chris Miles is not married. In fact, he currently appears to be single.

Does Chris Miles Have Any Children?

No, Chris Miles does not have any children.

Did Chris Miles Go to College?

Instead of college, Chris Miles has opted to pursue a full-time career as a recording artist.

What is Chris Miles Famous For?

Chris Miles gained fame after his audition for The Rap Game went viral. Since then, he has continued to make a name for himself by churning out various singles and mixtapes. Most recently, he released an extended play titled, Milestones.

Chris Miles currently splits his time between New York and Los Angeles. Unfortunately, further information is not available at this time.

What Kind of Vehicle Does Chris Miles Drive?

Unfortunately, we do not have any information on Chris Miles’ vehicle.

How Much Money Did Chris Miles Make Last Year?

Information on Chris Miles’ annual earnings for 2017 is not available.

As mentioned previously, Chris Miles recently put together a new album titled, Milestones, which was released in early 2017. Earlier this year, he had also landed a feature in JUS’ single, Stream Benz.

A fan of the young rapper? If so, why not support him online? You can interact with Chris Miles on a few social media platforms including Instagram and Twitter at @RealChrisMiles. Alternatively, you can check to his official Facebook fan page by clicking here.