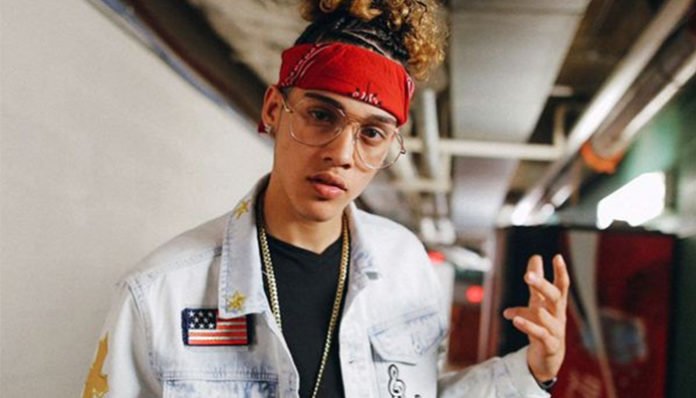 A Pennsylvania-based rapper, Nova gained fame after winning the third season of Lifetime’s The Rap Game. Since then, he has released a number of hit songs including Go Harder, Riding My Wave and Ride or Die. With what he’s churned out so far, the 17-year-old is definitely going places.

As you can probably expect, the teen has a significant following on social media. Not only is he widely known on musical.ly, but he also has a solid fanbase on Twitter and Instagram. In fact, he has accumulated more than 670,000 fans on the mobile app to date.

Having said all that, how much has he raked in from his efforts so far? How rewarding has his career been? According to some online sources, Nova’s current net worth is around $500,000. What titles have contributed the most to his wealth? Let’s find out.

How did Nova Make His Money & Wealth?

Born on May 28, 2000, in Reading, Pennsylvania, Nova grew up with two siblings, a sister named Lexi, and a brother named Noah, both of whom have appeared in his musical.ly videos. Though he’s been involved with making music for many years, it wasn’t until later 2015 that he started to make himself known on social media. One of the first platforms that he joined was the music network, musical.ly. Since then, he has managed to develop a solid fan base on the mobile app.

As it had happened, he had initially posted his raps on Youtube and Instagram. As one thing led to another, he was eventually discovered by Jermaine Dupri, who invited him to participate in the third season of the reality series, The Rap Game. After many weeks of competition, the teen was crowned as the winner in April 2017. With that, he had gained a significant amount of attention. As the winner, he also landed himself a record deal with So So Def Recordings.

Not long after his win, he released the single, Go Harder (Feat. Mishon). One of his most popular hits to date, it has since been shared on many platforms including YouTube and Soundcloud. Combined with the two sites, the track has already been streamed over a million times!

Following that, the emcee dropped a single titled, Save the Kid. Accompanied by an official music video, it has proved to be popular among fans with over 1.1 million views on YouTube. Similarly, on YouTube, the song has performed well with 221,000 streams.

Since then, the rapper has dropped two additional tracks- Stay Over and Golden, the former of which featured Jacquees. For now, it’s unknown when he will be releasing his debut studio album.

In addition to what he’s managed to earn from the above projects, it’s likely that he’s also pulled in some extra earnings from his Youtube channel. Launched in January 2018, Nova has already accumulated over 77,000 subscribers with more than 2.7 million views. Today, his most popular MV, Save The Kid has over 1.1 million hits.

If you’d like to support the rapper, you can purchase a Team Nova t-shirt

No, he is not married. With that said, he has been dating Nia Kay, a fellow Rap Game contestant, since 2017.

Does Nova Have Any Children?

No, Nova does not have any children.

Did Nova Go to College?

No, as far as we know, Nova has not continued his education at college. Instead, he has been focusing on his music career.

What is Nova Famous For?

Nova initially rose to fame after being crowned as the winner of the third season of The Rap Game. Since then, he has released several hit singles such as Golden and Save the Kid

Where Does Nova Live now? Photos of Nova’s House

Nova currently lives in Reading, Pennsylvania. Unfortunately, that’s about all we know at this time.

What Kind of Vehicle Does Nova Drive?

Unfortunately, we do not have any information on Nova’s vehicle.

How Much Money Did Nova Make Last Year?

Information on Nova’s annual earnings for 2017 is not available.

As mentioned earlier, the most recently released single titled, Golden on August 22, 2017. Some of his other recent hits include Save the Kid, Go Harder, and Stay Over. So far, he has been no word on a full-length album.

You’ll be happy to know that the rapper is active on a few social media platforms including Twitter and Instagram at @TheRealestNova. On Facebook, you can also drop by his fan page by clicking here.