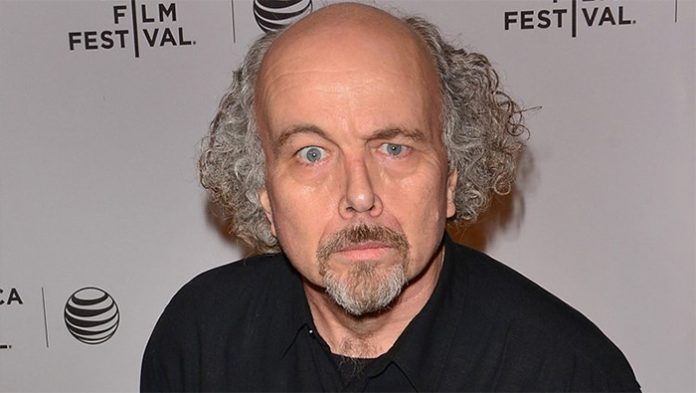 An American actor, Clint Howard has starred in many films including Apollo 13, The Waterboy, The Funhouse Massacre, and Sand Castles. As for his more recent works, he’d appeared in the movies, Mad Families and The Church, not long ago last year.

In addition to his extensive film career, he has worked on numerous television series over the past several decades. Some of his most noteworthy TV credits include The Bailey of Balboa, Gentle Ben, The Cowboys and Space Rangers. Earlier this year, he made a cameo in the sci-fi drama, Star Trek: Discovery.

How well-off is the actor, considering his long list of film/television credits? How much has he pulled in from his work in the showbiz? According to various sites, Clint Howard has accumulated a net worth of $20 million as of 2018. What has contributed the most to his fortune? Let’s take a look at this below.

How did Clint Howard Make His Money & Wealth?

Born on April 20, 1959, in Burbank, California, Clint Howard is the son of Jean Speegle and Rance Howard, both of whom were also actors. The younger of two children, he has an older brother named Ron Howard, who is an award-winning actor and filmmaker. After graduating from high school, he went to the University of Southern California’s School of Cinematic Arts, though he ultimately dropped out before completing his program.

As far as the showbiz goes, he has been acting ever since he was a young boy. At the age of five, he was cast as Stanley in the sitcom, The Baileys of Balboa. Some of his other television credits from the 1960’s include The Fugitive, Bonanza, Please Don’t Eat the Daisies and The Virginian. On the big screen, he had also appeared in a few films such as An Eye for an Eye, Gentle Giant, and The Jungle Book.

Continuing to act into the 70’s and 80’s, he amassed numerous television and film credits such as Rock ’n’ Roll High School, Night Shift, Get Crazy, and The Cowboys to name a few. By the time he was in his twenties, he had played dozens of roles.

Though not as active as he was before, Howard has continued to play various characters on both television and film in the 2010’s. For instance, he’d appeared in the shows Hawaii Five-O, Key and Peele, Still the King, and The Birthday Boy. Earlier this year, he had also made a cameo in the sci-fi drama, Star Trek: Discovery.

As far as recent film appearances go he had worked on the 2017 films, The Church and Mad Families. Later this year, he will also be appearing in Solo: A Star Wars Story, a movie that’s directed by his brother, Ron Howard.

As far as other ventures go, he had formed a rock and roll music group called The Kempsters in 1981. Though they never released any albums, they did put together a CD titled, No Brains At All, which was distributed in the early 1980’s.

Up until last year, he was married to Melanie Howard; it was announced that the two had filed for divorce in 2017.

Does Clint Howard Have Any Children?

Clint Howard does not have any children.

Did Clint Howard Go to College?

No, Clint Howard did not go to college. Instead, he had opted to pursue an acting career.

What is Clint Howard Famous For?

A veteran actor, Clint Howard has appeared in countless TV series and films throughout his career. Some standout credits from his filmography include Apollo 13, Rock ’n’ Roll High School, Gentle Ben, and The Waterboy.

As far as we know, Clint Howard currently resides in California. Unfortunately, further details are not available.

What Kind of Car Does Clint Howard Drive?

Details on Clint Howard’s vehicle are not available.

How Much Money Did Clint Howard Make Last Year?

At this time, we do not have any information on Clint Howard’s annual salary.

Earlier this year, he appeared as a drug dealer in an episode of Star Trek: Discovery (Will You Take My Hand?), which premiered in September 2017. Last year, he also made a brief appearance in the comedy, Louder with Crowder.

As far as upcoming projects go, he has several listed on his IMDb page including Crimson Saints, 3 From Hell, The Church, Apple Seed, and Play the Flute, most of which are in post-production.

Want to keep up with the actor? If so, you should give him a follow on social media! Did you know that Clint Howard regularly tweets under the handle, @TheClintHoward? Unfortunately, it doesn’t look like he’s active on any other platforms at this time.