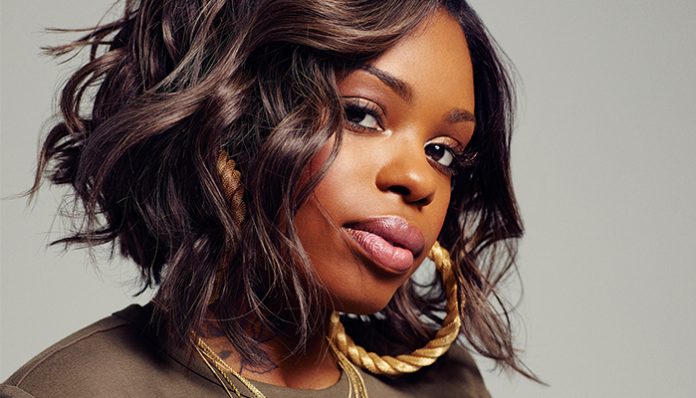 Hailing from Southern Chicago, Dreezy had gained buzz for her debut mixtape, The Illustration in 2012. The “Princess of Chicago Rap”, she has since released several other records such as Call It What You Want, and From Now On, the latter of which charted in the U.S. Her debut studio album, No Hard Feelings, later came out in 2016.

In addition to her solo releases, she has collaborated with many acts throughout her career. In fact, one of her most popular songs, Body, was a joint venture with fellow rapper, Jeremiah. Some of the other artists that she’s worked with over the years include Gucci Mane, T-Pain, Dej Loaf, and 2 Chainz, among many others.

How rewarding has her rap endeavors been? How is she doing for herself nowadays? How rich is she? According to various sources, Dreezy’s current net worth stands at around $2 million. How many streams of revenue does she have? Let’s have a look below.

How did Dreezy Make Her Money & Wealth?

Born on March 28, 1994, in Chicago, Illinois, Dreezy has gravitated toward the fine arts ever since she was a young girl. In addition to poetry writing, something that she frequently did in her free time, she also enjoyed singing. By the time she was fourteen, she had found interest in pursuing a rap career. Growing up, some of her greatest musical influences included Lil Wayne and J. Cole.

In 2012, she self-released her debut mixtape, The Illustration, which featured a verse from a fellow rapper, Lil Durk. From there, she collaborated with Mikey Dollaz on the tape, Business N Pleasure, which was also made available as a digital download. Since then, she had added two more mixtapes to her catalog, D.S.M., and Schizo, the latest of which was released in 2014.

After signing with Interscope Records, Dreezy released, Call It What You Want, in 2015. However, it wasn’t until her second extended play, From Now On, that her popularity started to climb. Her first album to reach the US music charts, it had peaked at number 10 on the Top Heatseekers. Produced by Southside and Metro Boomin, it included five tracks, Juice, Nonstop, Serena, Money Printer, and From Now On.

The following summer, she came out with her debut album, No Hard Feelings. Complete with 19-tracks, it had made it onto the Billboard Top 200 not long after its release. Supported by five singles, the album’s track listing included the songs Afford My Love, Wasted, Don’t Know Me, What’s da Tea?, and Close to You.

Though Dreezy hasn’t released any new albums since she has come out with a few singles such as Can’t Trust a Soul (Feat. PnB Rock, Spar (Feat. 6LACK and Kodak Black), and 2nd to None (with 2 Chainz).

Considering her line of work, it’s not surprising to know that the majority of her income comes from her music releases. On top of that, however, she also earns some from putting on shows for her fans. In fact, she has a concert planned for later this summer in Miami, Florida.

No, Dreezy is not married as far as we know.

Does Dreezy Have Any Children?

No, Dreezy does not have any children.

Did Dreezy Go to College?

No, from what we know, Dreezy has not gone to college.

What is Dreezy Famous For?

Dreezy is perhaps best known for her single, Body (Feat. Jeremih), which peaked at number 62 on the Billboard Hot 200. Since its release in 2016, it has gone platinum in the U.S.

Where Did Dreezy Live now? Photos of Dreezy’s House

What Kind of Vehicle Does Dreezy Drive?

Details on Dreezy’s car are not available at this time.

How much did Dreezy Make Last Year?

Unfortunately, information on Dreezy’s 2017 salary is not available.

Earlier this year, Dreezy had teamed up with 2 Chains for the single, 2nd to None. In 2017, she had also released the singles, Spar, and Can’t Trust a Soul, both of which were also collaborations. For all of her efforts, she had received an iHeartRadio Music Award nomination last year.

If you like her music, why not follow the rapper online? You can find Dreezy on a few social media outlets such as Instagram and Twitter at @DreezyDreezy. On YouTube, you can check out most of her music videos on her channel here.