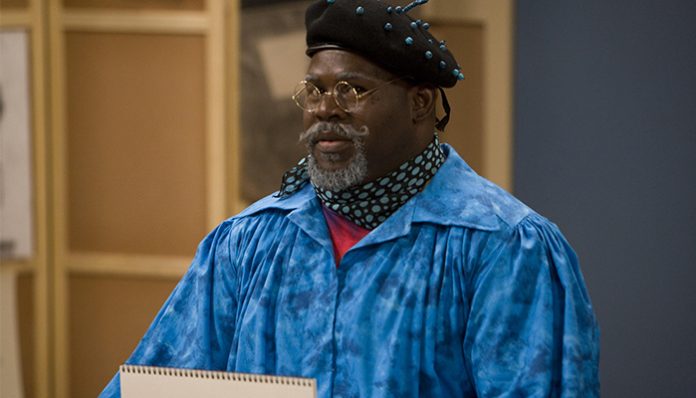 An accomplished actor, David Mann gained fame for playing Leroy Brown in the popular sitcom, Meet the Browns. A frequent Tyler Perry collaborator, he is also known for his appearances in the films, Madea’s Family Reunion, Tyler Perry’s Made Goes to Jail, and Madea’s Class Reunion.

Though not as active as he once was before, he has continued to make strides as an actor- for instance, he recently starred in the comedy, Mann and Wife from 2015 to 2017. According to IMDb, he will also be appearing in an upcoming film titled, First Impression later this year.

How wealthy is he- considering the fact that he has over a dozen television and film credits to his name? How much has he pulled in as an actor? According to various sources, David Mann has amassed a net worth of around $5 million as of 2018. Below, we’ll be taking a closer look at some of his career highlights.

How did David Mann Make His Money & Wealth?

Born on August 7, 1966, in Fort Worth, Texas, David Mann initially performed with gospel singer Kirk Frankland, prior to embarking on an acting career. In the early 2000’s, he began to work with Tyler Perry on his plays, Madea’s Family Reunion, Meet the Browns, and I Can Do Bad All By Myself. He later reprised his role as Mr. Brown in the TV series, House of Payne in 2007.

A couple of years later, he began to reprise his role as Mr. Brown in the TBS sitcom, Tyler Perry’s Meet the Browns. Based on the play of the same name, it revolved around Mann’s character, a church deacon who runs a senior’s home in Decatur, Georgia. Other members of the main cast included Tamela Mann, Denise Boutte, and Lamman Rucker.

Popular among viewers, the series had attracted over 4 million viewers during its premiere on January 7, 2009. By the following year, it had become the network’s number one sitcom, with an average viewership of 2.3 million. In the end, the show continued for five seasons; by then, well over 100 episodes had aired on television. As of 2018, Meet the Browns is easily Mann’s most prominent TV credit.

After the sitcom came to an end, Mann came back as Mr. Brown in the comedy-drama film, Madea’s Big Happy Family, which was released in April 2011. Despite mixed reviews, it had grossed over $25 million during its opening weekend, which placed it at number two at the box office.

From there, his next role came in 2013, when he was cast as Hobo Joe in the movie, The Ultimate Life. A romance drama, it centered around a billionaire who re-examines his life after discovering a hidden journal written by his grandfather. In the U.S., the film had grossed over $1.3 million.

Since then, the actor has continued to take part in several projects including the film, First Impression and the series, It’s a Mann’s World. From 2015 to 2017, he also starred in the comedy, Mann and Wife.

Later this year, the actor will be playing the role of Pastor Johnson in a film titled, First Impression.

He has been married to Tamela Mann since 1988. Together, the two recently starred in the comedy, Man and Wife which ran from 2015 to 2017.

Does David Mann Have Any Children?

A father of four, he has two daughters named Tiffany and Porcia from a previous relationship, as well as his children with Tamela, Tia and David Jr.

Did David Mann Go to College?

As far as we can tell, David Mann has not gone to college.

What is David Mann Famous For?

David Mann is perhaps best known for playing Mr. Brown in the sitcom, Meet the Browns. Over the years, he has starred in many of Tyler Perry’s films such as Madea’s Big Happy Family and Madea Goes to Jail.

David Mann and his family reside in Texas. Unfortunately, we do not have any other information at this time.

What Kind of Car Does David Mann Drive?

Details on David Mann’s vehicle are not available.

How Much Money Did David Mann Make Last Year?

At this time, we do not have any information on David Mann’s annual salary.

As mentioned earlier, David Mann had recently co-starred in the comedy, Mann and Wife, which ended in 2017. As far as other television appearances go, he was featured in My Sacred Place and WGN Morning News over the past year.

Wondering what the actor is up to? Find out by following David Mann on social media- for instance, did you know that he shares a Twitter and Instagram account with his wife at @DavidandTamela? On Facebook, you can also support them on their official fan page, which you can visit here.