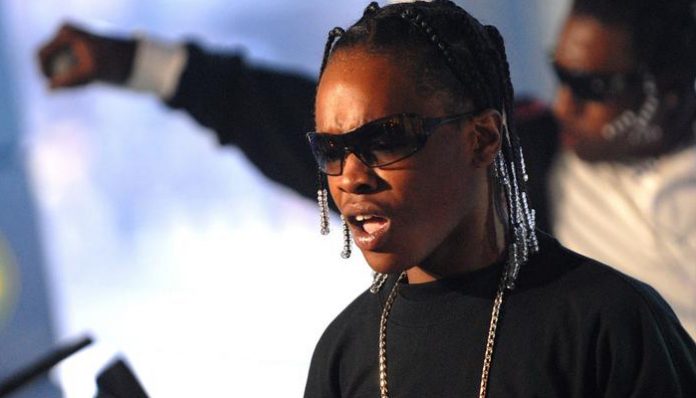 An up-and-coming rapper, Hurricane Chris made himself known with the release of his debut single, A Bay Bay in 2007. His most successful song to date, it had peaked at among the Top 10 on the Billboard Hot 100.

Since then, the emcee has dropped several other tracks including The Hand Clap (Feat. Big Poppa), Halle Berry (She’s Fine) (Feat. Superstarr), and Playas Rock (Feat. Boxie). As far as albums go, his major label debut, 51/50 Ratchet was released in the fall of 2007. An overall success, it was later followed by a second project titled, Unleashed in 2009.

How profitable is his music career? How much has he pulled in as a rap artist, with all the records that he’s churned out so far? How rich is he? According to various sources, Hurricane Chris has amassed a net worth of $300,000 as of 2018. What are some of the things that have contributed the most to his wealth? We’ll be exploring this topic below.

How did Hurricane Chris Make His Money & Wealth?

Born on February 27, 1989, in Shreveport, Louisiana, Hurricane Chris launched his rap career shortly after dropping out of high school. In 2007, he released his debut single, A Bay Bay. From there, he released two mixtapes, Louisi-Animal and You Hear Me?, both of which drew local attention. By the end of the year, his popularity had landed him a music deal with J Records.

His debut album, 51/50 Ratchet was later dropped on October 23, 2007. Supported by three singles, one of which included his breakthrough hit, A Bay Bay, it had entered the Billboard 200 at number 24, with over 26,000 first week sales. Some highlights from the playlist include Leaving You, Do Something, Walk Like That, and New Fashion.

Two years later, Hurricane Chris released his second album titled, Unleashed. His final project with J Records, it featured production from Fiend, Shawty Redd, and Play-N-Skillz, among others. Though the album did not chart internationally, it did reach as high as number 20 on the Billboard Top Rap Albums and number 46 on the Hip-Hop Albums chart.

As you can probably expect, the rapper would have banked some from the above-mentioned albums. In addition to them, however, he’s also churned out several mixtapes over the years including Louisi-Animal, Category 5, Caniac, and Hurricane Season. Most recently, he came out with King Cane on March 7, 2017.

In addition to all that, he’s also worked with several other rappers on many occasions. For example, he has collaborated with Mike Jones on the song Drop & Gimme 50 and with Lil Josh & Ernest on Jigga Juice, both of which charted in the U.S.

Though he’s not on tour at this time, the rapper has put on several concerts in the past. Considering the nature of his work, it’d only make sense that he’d pull in a decent amount of earnings from such events.

As far as other money-making ventures go, it’s likely that he also pulls in some amount of money from his YouTube channel (assuming that his content is monetized through Google Ads). Since its launch in 2006, his music videos have earned him over 64,000 subscribers with more than 6.7 million views.

As far as we know, Hurricane Chris is currently not in a relationship. In the past, he had dated Shay Johnson.

Does Hurricane Chris Have Any Children?

As far as we can tell, Hurricane Chris does not have any children.

Did Hurricane Chris Go to College?

No, Hurricane Chris has not gone to college. Instead, he decided to become a full-time rapper.

What is Hurricane Chris Famous For?

Hurricane Chris is best known for his platinum single, A Bay Bay, which peaked at number seven on the Billboard Hot 100.

As far as we can tell, Hurricane Chris still resides in Louisiana to this day. Unfortunately, further details on his location are not available.

What Kind of Car Does Hurricane Chris Drive?

Details on Hurricane Chris’ vehicle are not available.

How Much Money Did Hurricane Chris Make Last Year?

At this time, we do not have any information on Hurricane Chris’ annual salary.

As mentioned earlier, Hurricane Chris recently dropped his latest mixtape, King Cane on March 7, 2017. A 13-track project, it contained many new songs including Everywhere we Go, Peaches, Designer Shoes, and On the Road.

Over the past year, he has also landed a couple of features in the tracks Like Me (by J-Shep), Let My Chain Hang (by Marco P).

What’s the rap artist up to? Find out by following him on social media- Hurricane Chris is active on Twitter at @HurricaneChris6 and on Instagram at @HurricanChrisOfficial. For his official MVs and more, don’t forget to also check out his YouTube channel.