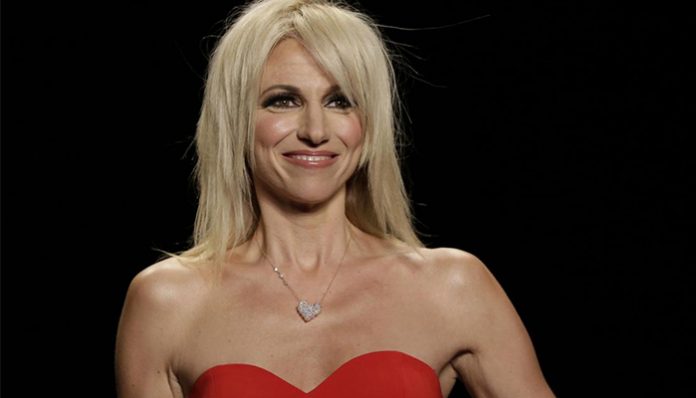 An award-winning singer, Debbie Gibson rose to fame with the release of her debut album, Out of the Blue in 1987. Since then, she has followed up with many titles including Think with Your Heart, Body Mind Soul, Electric Youth, and Ms. Vocalist, among others.

In addition to music, she has acted on several occasions. For instance, she has appeared in the films Soulkeeper, My Girlfriend’s Boyfriend, Mega Python vs. Gatoroid, and Rock of Ages. On television, she has also been featured in shows such as Celebrity Apprentice and Skating with Celebrities. In fact, she recently competed in Dancing with the Stars last year.

How wealthy is she? Have her musical efforts been rewarded? How much has she earned as a recording artist? According to various sources, Debbie Gibson has amassed a net worth of around $5 million as of 2018. Wondering where this money came from? We’ll be addressing this question below.

How did Debbie Gibson Make His Money & Wealth?

Born on August 31, 1970, in Brooklyn, New York City, Debbie Gibson was brought up on Long Island, where she learned how to play the piano at a young age. Fond of music, she eventually began to write and produce her own songs as a teen. Still in high school at the time, she often performed at various local clubs, building her catalog along the way.

After signing to Atlantic Records, she released her major label debut, Out of the Blue in the summer of 1987. Met with favorable reviews, more than 3 million copies have since been sold in the U.S. The launch of her music career, a follow up titled, Electric Youth soon followed in 1989. A chart topper, it spawned the charting singles Lost in Your Eyes, No More Rhyme, and We Could Be Together.

Since then, seven additional albums have been added to her catalog, including Anything is Possible, Body Mind Soul, Think with Your Heart, and Deborah, a few of which charted in the US. Her most recent album, Ms. Vocalist was issued in 2010.

As you can expect, most of Gibson’s wealth comes from the success of her records. Having said that, it’s likely that she also made some decent money from the many concert tours that she embarked on at the peak of her career.

In addition to her music career, Gibson has also acted in several films and television series. Over the past two decades, she has worked on a number of movies including My Girlfriend’s Boyfriend, Coffee Date, Mega Python vs. Gatoroid, and Rock of Ages. In the 1990’s, she had also made cameo appearances in the TV shows Beverly Hills, 90210, Step by Step, and Street Justice.

In the more recent years, she has taken part in several reality game shows such as Celebrity Apprentice, Celebrity Ghost Stories, and Dancing with the Stars. At one point, she even served as one of the judges in the singing competition series, Sing Your Face Off in 2014.

While she isn’t married, she has been in a long-term relationship with Rutledge Taylor since 2008.

Previously in the past, she had been engaged to Jonathan Kanterman.

Does Debbie Gibson Have Any Children?

No, Debbie Gibson does not have any children.

Did Debbie Gibson Go to College?

No, Debbie Gibson did not go to college. Instead, she pretty much launched her music career out of high school.

What is Debbie Gibson Famous For?

Debbie Gibson rose to fame in the late 80’s with the release of her debut album, Out of the Blue. Critically acclaimed, it gave rise to her first number one single, Foolish Beat.

In the recent years, she has gained attention for her appearances on reality television.

Unfortunately, we do not have any information on Debbie Gibson’s whereabouts at this time, nor do we have any photos of her abode.

What Kind of Car Does Debbie Gibson Drive?

Details on Debbie Gibson’s vehicle are not available.

How Much Money Did Debbie Gibson Make Last Year?

At this time, we do not have any information on Debbie Gibson’s annual salary.

As mentioned earlier, she recently competed in the 25th season of ABC’s Dancing with the Stars last fall. Paired with Alan Bersten, the two were ultimately eliminated in the second week.

As far as other television appearances go, she was also featured in the programs Extra, Entertainment Tonight, and Good Morning America.

If you’re a fan, why not follow her on social media? You can find the pop icon on Instagram and Twitter at @DebbieGibson. On Facebook, you can also show your support by liking her official fan page.