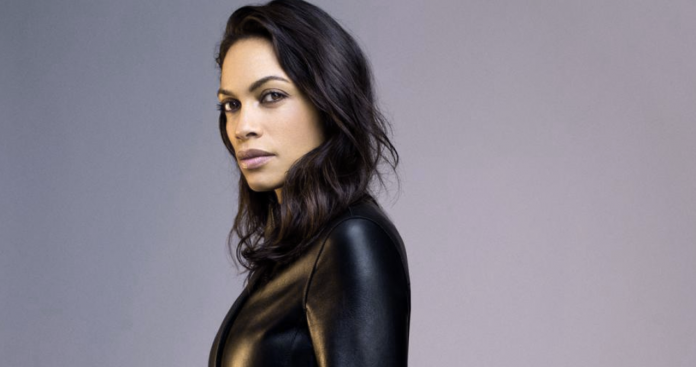 Rosario Dawson has overcome many obstacles in her life to become a celebrated singer, actress, and screenwriter. She has worked her way up from squatting in an abandoned building with her young parents to being a wealthy and respected actress. Rosario keeps adding to her true net worth by acting in movies, television shows, and even popular video games.

How Did Rosario Dawson make their money & wealth

Rosario was born on May 9, 1979, in New York City to her teenage mother Isabel. The family was poor, and when Rosario was just five years old, she, her mother, and her stepfather all moved into an abandoned building in Manhattan on the Lower East Side. Instead of being traumatic, the experience was eye-opening for Rosario. Her mother and stepfather worked on making a home for the family, and they ended up installing wiring and plumbing to the building to make an apartment.

Rosario Dawson got into acting at the age of 15. The first movie she was in was called Kids, which was an independent feature-length film which came out in 1995. She played a young teenager who was sexually active and got tested for HIV. The movie was so controversial that it almost got released with an NC-17 rating.

Rosario is not the type of actress who will only choose blockbuster films. She appears in a wide range of big movies as well as independent films. She is probably most well-known for her roles in Rent, Men in Black II, Josie and the Pussycats, Sin City, and Kevin Smith’s Clerks 2. All of these movies have contributed towards her wealth. She is said to have made $1 million for the role of Mimi Marquez in Rent, which was a movie version of the Broadway musical that involved many of the original stage actors. 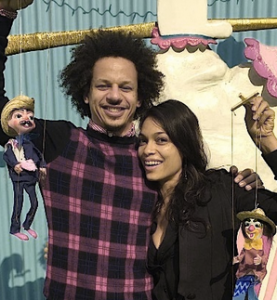 She is not yet married. She’d been dating Eric Andre of Don’t Trust the B***h in Apartment 23 fame, but the couple separated in the fall of 2017, barely two months after their one year anniversary.

Before that, she is said to have dated Joshua Jackson, Jason Lewis, Mathieu Schreyer, and Danny Boyle on a serious basis. Rumors have also swirled around about her various famous hookups throughout the years, such as Jay Z, Gerard Butler, and Colin Farrell.


In 2018, Rosario Dawson has several projects in the works that will contribute to her total net worth such as her role as Jane Ramos on Jane the Virgin, the voice of Jolene in the animated supervillain movie Henchman, and a starring part in a romantic comedy Someone Great. That movie is due to be out in 2019.

How much money do they make per movie?

Rosario Dawson is estimated to make around $1 million per movie, which is the salary that she commanded as Mimi in the movie version of the Broadway musical Rent. 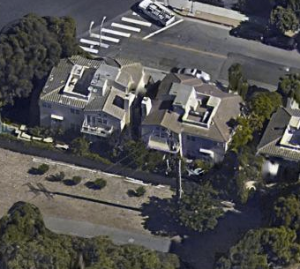 Rosario Dawson purchased her house in Marina del Rey, California in 2015. She ended up paying $1.85 million for it at the time of purchase. It looks to be an affluent neighborhood and is right next to a major street. 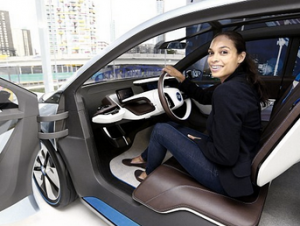 Not much information is available about Rosario Dawson’s car, but she has been seen driving a BMW. One of her cars was featured in an episode on the first season of Ashton Kutcher’s prank show, Punk’d, where it ended up getting towed. Unfortunately, the make of the car was blurred out for the show.

Rosario uses her impressive net worth for good. She’s involved in many philanthropic causes and charities. She either provides money or her power as an actress to the following organizations: PFlag, the International Rescue Committee, Operation USA, Amnesty International, the One Campaign, Global Cool, and the Lower East Side Girls Club. She has even started several organizations. She is the co-founder and chairwoman of a civic media organization called Voto Latino, which aims to recognize “Latinos innate leadership.” Rosario also once hosted a concert which supported Global Darfur Awareness Day. Any money that they made from ticket sales went to the International Rescue Committee. This organization helps refugees and other people in need on an international basis.

Rosario is heavy into politics and activism which come with a fair amount of controversy. She is been arrested two separate times as a protester, once during George W. Bush’s presidency in 2004 and again in April 2016 during a protest in Washington DC.

In 2017, Rosario had the unfortunate of finding her younger cousin dead of natural causes in her LA home. The cousin, Vaneza Ines Vasquez, was only 26 at the time of her passing.