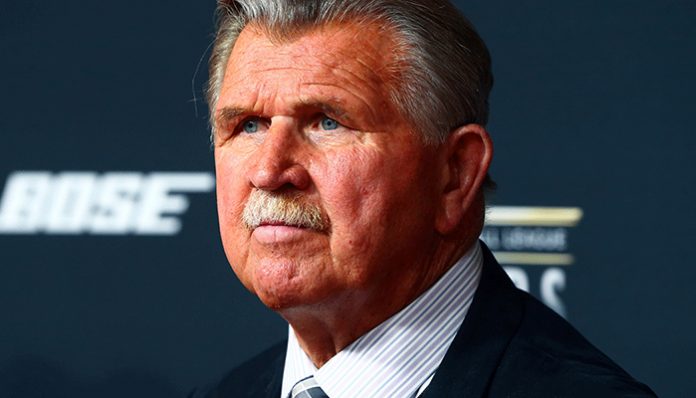 A former NFL player, Mike Ditka is perhaps best known for his career with the Chicago Bears in the 1960’s. Nicknamed “Iron Mike”, he also played for the Philadelphia Eagles and Dallas Cowboys, prior to his retirement in 1972.

Following his retirement, he began to work as a coach for the Dallas Cowboys. Not only that, but he also took on a broadcasting job with the NBC. Over the years, he has served as a commentator for many sports programs including ESPN’s Sunday NFL Countdown and Monday Night Football.

How much did he make during his time as an NFL star? How rewarding was his professional football career? How well-paid was he as a coach? How wealthy is he? As of 2018, Mike Ditka’s net worth is estimated to be around $30 million. Where did he make his wealth from? To find the answer, let’s go over some of his career highlights below.

How did Mike Ditka Make His Money & Wealth?

Born on October 18, 1939, in Carnegie, Pennsylvania, Mike Ditka has excelled in sports ever since he was a young boy. During his time at Aliquippa High School, he trained under head coach, Press Maravich. After graduating, he chose to play for the University of Pittsburgh (he also received offers from Pennsylvania State University and the University of Notre Dame).

During his fourth year, he was drafted by the Chicago Bears in the 1961 NFL Draft. For the next five years, he played with the team, earning a trip to the Pro Bowl each season. From there, he was traded to the Philadelphia Eagles in 1967, with whom he played for two years, before once again being traded to the Dallas Cowboys in 1969. A few years later, he retired as a member of the Dallas Cowboys in 1972. In 1988, his achievements with the NFL earned him a spot on the Pro Football Hall of Fame.

After retiring, he began to work as an assistant head coach for the Dallas Cowboys. Though it’s not confirmed, it’s said that he made $100,000 a year as a coach. After eight years of working with the Cowboys, he was made the head coach of the Chicago Bears, the same team that he’d launched his NFL career in the 1960’s. From there, he worked with the New Orleans Saints from 1997 to 1999.

In addition to coaching, Ditka also began to work in broadcasting in the early 1990’s. as a sports commentator, he worked on several shows including ESPN’s NFL Life, Sunday NFL Countdown and CBS’ Monday Night Football, among others. In the past, he had also made regular appearances on the Chicago radio station, WMVP-AM.

In terms of other ventures, he’s appeared in several TV shows such as L.A. Law, Saturday Night Live and 3rd Rock from the Sun. In 2012, he even launched his own line of wine, in partnership with Terlato Wines. Not only that, but he also created Ditka Sausages with Vienna Beef in 2013.

No, he is currently single. In the past, he had been married twice.

Does Mike Ditka Have Any Children?

Did Mike Ditka Go to College?

Yes, he chose to play for the University of Pittsburgh out of high school.

What is Mike Ditka Famous For?

A former NFL player, Mike Ditka is perhaps best known for his competitive career with the Chicago Bears in the 1960’s.

Unfortunately, we do not have any information on Mike Ditka’s location at this time, nor do we have any images of his home.

What Kind of Car Does Mike Ditka Drive?

Details on Mike Ditka’s vehicle are not available.

How Much Money Did Mike Ditka Make Last Year?

At this time, we do not have any information on Mike Ditka’s annual salary.

Last year, he served as an NFL Analyst on Mike and Mike in the Morning. As far as other television appearances go, he was also featured in the TV documentary, Requiem for a Running back.

According to IMDb, he will be making an appearance in an upcoming project titled, The Kicker, though not many details are known at this time.

Wondering what the former football player is up to? How about following him on social media? You can find his tweets over on Twitter at @Mike_Ditka_89. As far as we can tell, he does not have an official fan page on Facebook.