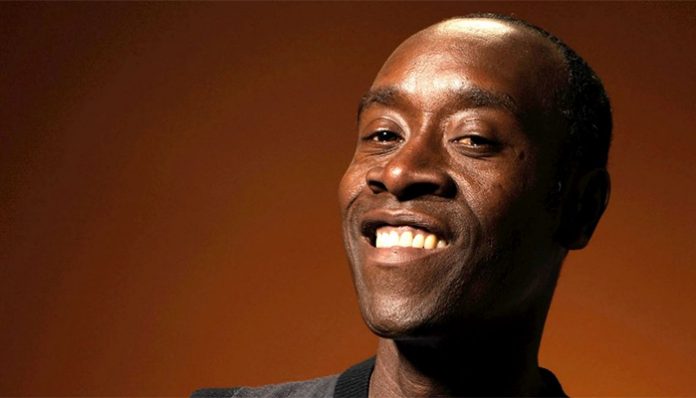 An award-winning actor, Don Cheadle has appeared in dozens of films since the 1980’s including Crash, Miles Ahead, The Guard and Hotel Rwanda, the last of which earned him an Academy Award nomination for Best Actor. Later this year, he will also be co-starring in the long-awaited, Avengers: Infinity War.

Not only is he involved with Hollywood, but he has also made several television appearances over the years. Some of his TV credits include The Golden Palace, Picket Fences, ER, and House of Lies. Since 2014, he has also bee narrating Thursday Night Football.

How rich is the Hollywood star? Considering his extensive resume as an actor, is it accurate to say that he’s well off? How much has he earned from the showbiz? As of 2018, Don Cheadle is said to have accumulated a net worth of $35 million. Where did this fortune of his come from? We’ll be taking a look at some of his notable works below.

How did Don Cheadle Make His Money & Wealth?

Born on November 29, 1964, in Kansas City, Missouri, Don Cheadle moved frequently during his childhood due to his parents’ work. Growing up in Denver, Colorado, as a teen, Denver, Colorado, he went to East High School where he took part in several musicals and plays. After graduating, he attended the California Institute of the Arts, where he studied acting. During his time there, he acted in his very first film, 3 Days.

Ultimately, it wasn’t until the 1990’s that he started to build his career with more prominent roles in the feature films Boogie Nights, Rosewood, and Devil in a Blue Dress. From there, he continued to build himself a reputation with movies such as Traffic, Ocean’s Eleven, and Swordfish.

In 2004, his hard work paid off. Cast as the lead role of Hotel Rwanda, Cheadle’s portrayal in the blockbuster had earned him an Academy Award nomination for Best Actor. Well received, the film had grossed $33.9 million at the box office.

Since then, the actor has added numerous films to his list of credits including Hotel for Dogs, Iron Man 2, Avengers: Age of Ultra, and Captain Kart: Civil War, among many others.

On television, he is perhaps best known for playing Marty Kaan in the comedy series, House of Lies. Based on a book by Martin Kihn, it premiered on Showtime in early 2012, to critical acclaim. His most prominent TV credit to date, Cheadle is said to have made $150,000 per episode during the show’s run (it ran for five seasons, before ending in 2016).

Aside from House of Lies, he has appeared in numerous other TV series such as The Golden Palace, Picket Fences, and ER. Since 2014, he has also been serving as the narrator of Thursday Night Football.

In addition to acting, Cheadle has also worked as a producer on the films/TV series, Talk to Me, Traitor, St. Vincent, and Miles Ahead. In fact, he is currently working on an upcoming film titled, Prince of Darkness.

He has been with his long-time partner, Bridgid Coutler since 1992.

Does Don Cheadle Have Any Children?

He has two children with his long-term partner, Imani and Ayana Tai Cheadle.

Did Don Cheadle Go to College?

Yes, he studied acting at the California Institute of the Arts, where he graduated with a Bachelor’s in Fine Arts.

What is Don Cheadle Famous For?

Don Cheadle is perhaps best known for playing Paul Rusesabagina in the 2004 drama film, Hotel Rwanda. Some of his other stand out roles include Miles Davis in Miles Ahead and Graham in Crash.

Unfortunately, we do not have any information on Don Cheadle’s whereabouts at this time.

What Kind of Car Does Don Cheadle Drive?

Details on Don Cheadle’s vehicle are not available.

How Much Money Did Don Cheadle Make Last Year?

At this time, we do not have any information on Don Cheadle’ annual salary.

Later this month, Cheadle will be reprising his role as Col. James Rhodes in Avengers: Infinity War. As far as upcoming projects go, he will be playing the part of Jeremiah Hamilton in the film, Prince of Darkness (which he will also be producing).

What’s the Hollywood star up to? Find out by following him on social media- he can be found on Twitter and Instagram at @DonCheadle. As you can probably expect, he also has an official fan page on Facebook, which you can visit here.