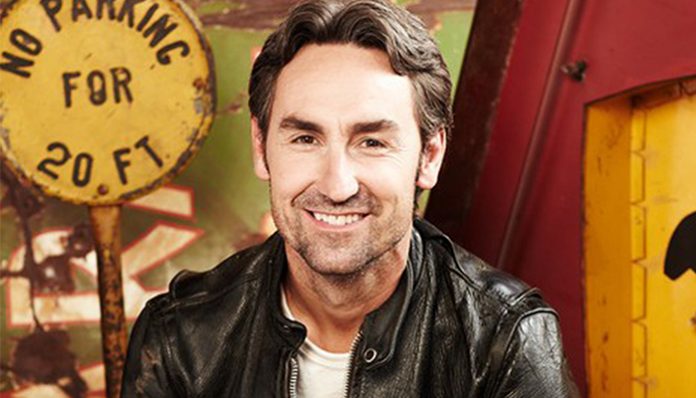 A television personality, Mike Wolfe is best known for starring in his History Channel series, American Pickers, which he created in 2010. Incredibly popular, the show has consistently drawn in millions of viewers since its premiere on the network. As of April 2018, it is currently on its eighteenth season.

As far as other TV appearances go, he has also been featured in the reality series, American Restoration, and Pawn Stars. At one point in 2013, he even competed in an episode of the popular game show, Who Wants To be a Millionaire.

As the creator and star of the hit show, how much has he pulled in? How wealthy is Mike Wolfe? In addition to American Pickers, what else contributes to his overall income? As of 2018, he’s said to have a net worth of $4 million. Below, we’ll be taking a closer look at where this money came from, so stick around!

How did Mike Wolfe Make His Money & Wealth?

Born on June 11, 1964, in Joliet, Illinois, Mike Wolfe grew up with his two siblings, Beth and Robbie. Raised by a single mother, he began picking at the age of six, pulling old, used items out of his neighbour’s garbage in Iowa. Fast forward to today, and he has managed to turn that hobby into a full-time career.

In 2010, he created a reality series called American Pickers, which premiered on the History Channel. Starring the man himself, as well as Frank Fritz, Danielle Colby, and a few others, the show followed the main cast as they traveled around the country to “pick” various items either for resale or for their own collections. Hugely popular, the series premiere had attracted 3.1 million viewers, making it the highest-rated debut on the History Channel since Ice Road Truckers in 2007.

As of 2018, more than 200 episodes have aired. In fact, the nineteenth season had just recently premiered on April 9th. Considering how popular the show is, it wouldn’t be surprising if American Pickers were to continue for several additional seasons.

With all that said, how much does Wolfe make from the show?  As you can probably expect, much of his wealth comes from the success of American Pickers. In terms of salary, it’s said that he receives $500,000 per season.

Speaking of the treasures that he “picks up” from the road, he owns two stores called Antique Archaeology in Nashville, Tennessee, and Le Chalire, Iowa. Not only does he sell his treasures at the two locations, but an array of official American Picker merchandise is also available for purchase at the shops.

In addition to what he earns from his main business, he’s also made some money from writing books. In 2011, he published his first title, American Pickers Guide To Picking. Since then, he has released a second book, Kid Pickers: How to Turn Junk Into Treasure, which is geared toward children.

Yes, he is. Mike Wolfe has been married to his wife, Jodi Faeth since 2012.

Does Mike Wolfe Have Any Children?

He has a daughter named Charlie Faeth Wolfe, who was born in 2012.

Did Mike Wolfe Go to College?

Unfortunately, not much is known about Mike Wolfe’s education history at this time.

What is Mike Wolfe Famous For?

Mike Wolfe is best known for his reality series, American Pickers, which premiered on the History Channel in 2010. As of 2018, the show is on its 19th season.

He currently lives with his family in Leiper’s Fork, Tennessee. Further details are not available at this time.

What Kind of Car Does Mike Wolfe Drive?

Details on Mike Wolfe’s vehicle are not available.

How Much Money Did Mike Wolfe Make Last Year?

At this time, we do not have any information on Mike Wolfe’s annual salary.

Since April 9, 2018, he has been starring in the nineteenth season of American Pickers. Aside from that, he was featured in the TV program, C-Suite TV Insights last year.

Earlier this year, he even made a cameo in the popular police procedural, NCIS in an episode titled, One Man’s Trash.

If you’re a fan, why not keep up with him on social media? You can find Mike Wolfe on Instagram and Twitter at @Mikewolfamericanpicker. On Facebook, you can also show your support by giving him a like on his official fan page here.

Alternatively, you can stay up-to-date with the show by following American Picker‘s Facebook page here.