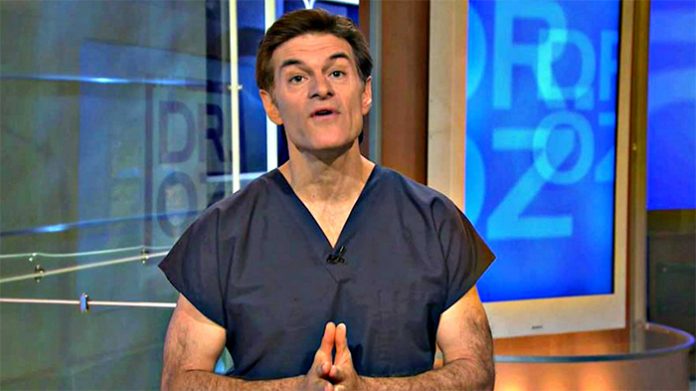 A television personality, Dr. Oz initially gained fame for his appearances on The Oprah Winfrey Show. Popular among viewers, he was eventually given his own program called, The Dr. Oz Show in 2009. For his work on the talk show, he has received seven Daytime Emmy Awards.

Outside of his television career, he works as a professor at Columbia University’s Depart of Surgery. As an author, he has also published several books including You: Having a Baby, The Owner’s Manual, and The Smart Patient, all of which have made it onto the New York Times Best Sellers List.

How well-paid is the television personality? Considering his credentials, surely he must have an impressive salary? How rich is he? As of 2018, it’s said that Dr. Oz has an estimated net worth of $7 million. Where did he earn the bulk of this fortune from? Let’s have a look.

How did Dr. Oz Make His Money & Wealth?

Born on June 11, 1960, in Cleveland, Ohio, Dr. Oz had received his undergraduate degree from Harvard University in 1982. From there, he went to the University of Pennsylvania School of Medicine, where he obtained his MD degree. During his time in medical school, he was both the student body and class president. Since 2001, he has been working as a professor at Columbia University’s Department of Surgery. Not only that, but he directs a program at New York-Presbyterian Hospital.

As it happened, he eventually made a name for himself on television after making several appearances on The Oprah Winfrey Show in the 2000’s. As one thing led to another, he was later given his own program, The Dr. Oz Show in 2009. Co-produced by Oprah’s production company, the show is known for addressing various health and medical issues.

Though the talk show has received some criticism, it’s generally popular among viewers. Since its premiere, more than 1,000 episodes have aired on television; as of 2018, The Dr. Oz Show is on its ninth season. For his work as a host, Dr. Oz has received many industry awards including seven Daytime Emmy Awards for Outstanding Talk Show Host/Informative.

How much does the TV host make from his television program? Unfortunately, such details have not been revealed to the public. Considering the show’s popularity in the U.S. however, it wouldn’t be surprising if he made a few tens of thousands of dollars, if not more, from each season.

As far as other ventures go, there is, of course, his work at the University and Hospital. In addition to that, he has also co-authored a number of books including You: Being Beautiful, The Owner’s Manual, and The Smart Patient, all of which have made it onto the New York Times Best Sellers List. In 2014, he had also launched a bi-monthly magazine with the Hearst Corporation called Dr. Oz The Good Life.

In the recent years, he has even dabbled in acting! For instance, he has made a number of appearances in the series, Dr. Ken and Nightcap. Last year, he also appeared in the film, Mom and Dad.

He has been married to his wife, Lisa Lemole, since 1985. An actress and producer, she often co-hosts his talk show, The Dr. Oz Show.

Does Dr. Oz Have Any Children?

He has four children with his wife- three daughters named Daphne, Zoe Yasemin, and Arabella Sezen, and a son named Oliver Mustafa.

Did Dr. Oz Go to College?

After receiving his undergraduate degree from Harvard University in 1982, he went to the University of Pennsylvania School of Medicine, where he obtained his MD.

What is Dr. Oz Famous For?

Dr. Oz is best known for his television talk show, The Dr. Oz Show, which premiered in 2009. Prior to that, he had gained fame on The Oprah Winfrey Show.

He currently lives in Cliffside Park, New Jersey. Unfortunately, details are not available at this time.

What Kind of Car Does Dr. Oz Drive?

Details on Dr. Oz’s vehicle are not available.

How Much Money Did Dr. Oz Make Last Year?

At this time, we do not have any information on Dr. Oz’s annual salary.

Aside from The Dr. Oz Show, which is currently on its ninth season, the TV host has made recent appearances on The Wendy Williams Show, Today, Megan Kelly Today, and Rachael Ray. Last year, he had also acted in the TV series, Dr. Ken and Nightcap.

Want to keep up with the TV host? If so, how about giving him a follow? Dr. Oz can be found on a few online platforms such as Twitter (@DrOz) and Instagram (@Dr_Oz). Alternatively, you can give him a like on his official Facebook fan page.