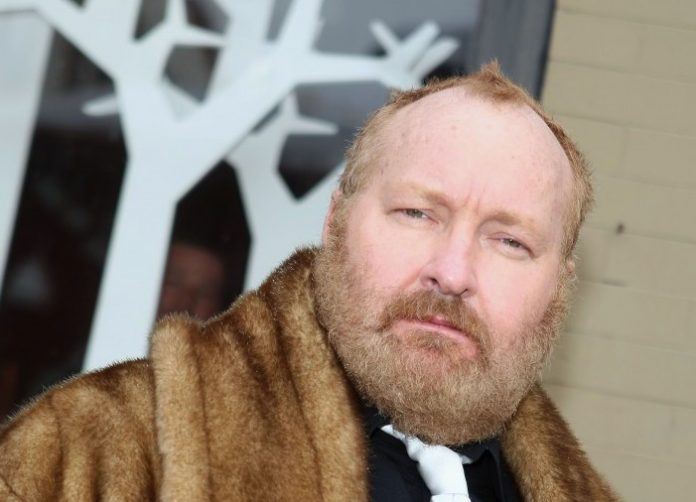 Randy Quaid is an American actor who has had a celebrated career lasting more than forty years. He has been the recipient of a Golden Globe award, been nominated for numerous Emmy awards and an Academy Award, and his versatility and on-screen presence have been commended due to his ability to tackle any role, but in the last few years Randy Quaid has not only turned his back on Hollywood in spectacular fashion, but he’s alleging a conspiracy has been carried out against him and his wife, Evi, that is almost too fantastic to believe.

Once able to command fees of up to $1 million per movie, Randy’s net worth now in 2018 is far less than his long and successful career would indicate, although the exact figure of his wealth is not known for sure, it’s estimated that his personal fortune is less than $1 million in total.

How Did Randy Quaid make his money & wealth?

Born in Bellaire, Texas in October 1950, Randy Quaid came from humble beginnings. His father was an electrician, but he and brother Dennis, also a famous actor, were cousins of Gene Autry the famous singing cowboy, so perhaps there was show-business in Randy’s DNA. While at the University of Houston in 1971, Randy auditioned for director Peter Bogandovich and won a role in ‘The Last Picture Show’. He appeared in ‘What’s up Doc’ the following year, another Bogandovich movie, and in 1973 he made a name for himself after a stunning performance alongside Jack Nicholson in ‘The Last Detail’.

Randy’s performance in ‘The Last Detail’ won him an Academy Award nomination for Best Actor in a supporting role, as well as BAFTA and Golden Globe nominations. The nominations didn’t actually result in any awards, but Randy Quaid’s career was off to a positive start. During the rest of the 1970’s and the 1980’s, he appeared in over 30 films. Randy was a regular face on Saturday Night Live, and he picked up another Emmy nomination in 1984 for his role in ‘A Streetcar Named Desire’, but it was his 1989 portrayal of Lyndon Baines Johnson in ‘LBJ: The Early Years’ that finally won him a Golden Globe, as well as another Emmy nomination.

Randy Quaid was in great demand after that. His ability to play a serious role with suitable gravitas was complimented by a twinkle-eyed persona that could turn to perfectly-timed comedic performances just as easily. Randy’s versatility made him busier than ever before, he won roles in over 60 films over the next fifteen years, most notably in ‘Independence Day’ in 1996, and ‘Elvis’ and ‘Brokeback Mountain’ in 2005. Randy was reported to be earning $1 million per role at the height of his career and his personal net worth in 2005 was estimated to be $30 million, but there were some turkeys in his resume too, most notably ‘The Adventures of Rocky & Bullwinkle’ and ‘Pluto Nash’.

It was in about 2007 that things began to go amiss in Randy’s life and career. He filed a lawsuit against the producers of ‘Brokeback Mountain’ for $10 million alleging they misrepresented the profitability of the film, but the case was dropped. In 2008 Randy was dropped from the Broadway musical ‘Lone Star Love’ after physically abusing his co-stars, he claimed he was just acting in character, but ultimately it led to him being banned from Equity for life. But that was nothing compared to what happened next.

In 2009 Randy and wife Evi were arrested for fraud over a bill that was settled using an expired credit card. Eventually, the bill was paid and the case was dropped, but the following year Randy and Evi were arrested for burglary after living in a home that they had once owned in Santa Barbara. The couple posted $1 million bails, but after failing to appear in court they turned up in Vancouver, Canada with a surreal story to tell. Randy and Evi explained that they had forfeited their $1 million bail bond because a secretive and powerful group within Hollywood were trying to kill them, this group, which Randy called the ‘Star Whackers’ were apparently responsible for the death of Heath Ledger, and they also had Brittany Spears and others within their targets.

Canada allowed Randy and Evi to stay but didn’t allow them permanent residence, and in October 2015 they returned to The United States in West Berkshire, Vermont. They were arrested on the basis of the outstanding warrant from California, but in a move that surprised many, the case was dropped after a judge ruled that there were discrepancies with the paperwork from California concerning the case.

Randy later told the media that he had returned to Vermont because he believed he would receive justice there. Officials in Santa Barbara claimed that in order to force them to return to California, all that would be needed was a Governor’s warrant, typically taking about 60 days to obtain, but since then they have been strangely quiet about the case, and the Quaid’s apparently remain in Vermont. Just recently evidence has come to light that suggests Randy and Evi’s strange story may contain far more truth than anyone had previously believed.

Randy has been married twice. His first wife was model Ella Marie Jolly. They married in May 1980 and had a daughter, Amanda Marie, in 1983. Randy and Ella separated in 1986 and divorced in 1989. Randy had met Evi in 1987 while separated from his first wife, and the couple married in 1987 after his divorce was finalized.

Randy Quaid’s current net worth is estimated to be $1 million by some sources, but after his prolonged legal difficulties, and the lack of work coming his way, Randy Quaid is certainly not living the Hollywood high life. His last role was in 2009, apart from a self-produced documentary entitled ‘Star Whackers’ in 2011. Randy formed a band, The Fugitives, who released their first single ‘Star Whackers’ to accompany the film, which premièred in Vancouver in April 2011, however, the documentary has not been generally released. Randy occasionally features in various fringe news sites, but his overall annual income is unlikely to be much over $100,000, however, the value of his personal wealth and assets is not known, and he may receive additional income from investments.

Where Does Randy Quaid Live?

Randy and Evi are likely to still be in Vermont. If they leave the state they are subject to arrest under the outstanding warrant against them in California, but in a recent interview, Evi declined to confirm exactly where they are currently staying. A tweet from Randy in March 2018 indicated the couple was in Aspen, suggesting they had traveled to Colorado, but as with many of Randy’s social media posts, he didn’t respond to queries about where he and Evi are currently living.

Are Randy Quaid’s claims about the Star Whackers True?

Randy and Evi Quaid’s claims are definitely fantastic and have been dismissed by many as paranoid fantasies, but their claim that they were bugged by the Los Angeles police may well have been true. They were included in the recent successful class-action lawsuit against the LAPD after the Anthony Pellicano wiretapping scandal. Which shows that at least some of their claims were justified. Randy also returns to acting later this year in the comedy-drama ‘Weight’, his first role for almost a decade.

Randy posts regularly on Twitter with an unusual mix of nostalgia, politics and wild conspiracy theories to his 37,000 followers, and he and Evi also run a Youtube channel that has just 5,000 subscribers. The couple occasionally vlog with a strange mix of news about their case, and their thoughts on the American justice system.