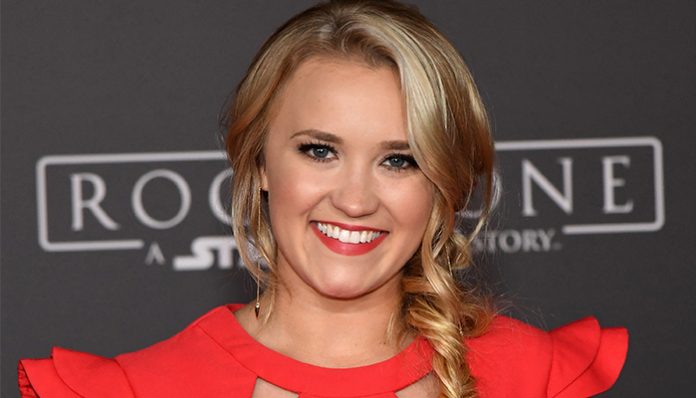 A former child actress, Emily Osment is perhaps best known for playing Lilly Truscott in the teen sitcom, Hannah Montana. Since then, she has appeared in several other series such as Cleaners, and Young & Hungry, the latter of which was recently renewed for a fifth season.

In addition to her acting career, she’s also a singer with two albums to her name. Her debut EP, All the Right Wrongs was released in 2009. From there, she came out with a studio album titled, Fight or Flight, which reached number two on the US Heatseekers music chart.

With all that she’s accomplished, how wealthy is she? Or better yet, how much has she made from acting? Singing? According to various sources, Emily Osment has accumulated a net worth of around $3 million as of 2018. Where did she make this money from? Below, we’ll be taking a look at some of her career highlights.

How did Emily Osment Make Her Money & Wealth?

Born on March 10, 1992, in California, Emily Osment is the younger of two siblings; she and her brother, Haley Joel Osment, an Academy Award-nominated actor, grew up in Los Angeles. At the age of six, she made her first venture into the entertainment industry after being cast in a television commercial. Several jobs later, she made her acting debut in the 1999 film, The Secret Life of Girls.

A few years later, she made her film debut in Spy Kids 2: The Island of Los Dreams. A blockbuster, it earned her a Young Artist Award for Best Performance in a Feature Film in 2003. Following that, she reprised her role in the sequel, Spy Kids 3-D: Game Over, which grossed $197 million at the box office worldwide.

In 2006, the actress received a big break after being cast as Lilly Truscott in the Disney sitcom, Hannah Montana. Introduced in the first season, her co-stars included Miley Cyrus, Jason Earles, Mitchel Musso, and a few others. Responsible for her rise to stardom, the show garnered her several accolades including a Teen Choice Award and three Young Artist Award nominations. As one of the main stars, it’s likely that she was well-paid during her time on the show.

Since then, Osment has continued to act in several series including Kick Buttowski: Suburban Daredevil, Cleaners, and Rainbow Brite. For the past few years, she has also lent her voice to various characters on Family Guy.

As of 2018, she is currently starring as Gabi Diamond in Young & Hungry, a sitcom that premiered back in 2014. Later this year, she will also be playing a recurring character in the Netflix series, The Kominsky Method.

In addition to her acting career, the blonde is also a singer. In 2009, she released her debut extended play, All the Right Wrongs, which reached the top of the US Heatseekers music chart. Since then, she has also come out with a studio album titled, Fight or Flight, which gave rise to the charting singles, Lovesick and Let’s Be Friends.

In support of her albums, she has headlined two concert tours in the past- the Clap Your Hands Tour and Fight or Flight Tour.

As far as we know, Emily Osment is currently single. For a brief period in 2016, she was in a relationship with Jim Gilbert.

Does Emily Osment Have Any Children?

No, Emily Osment does not have any children.

Did Emily Osment Go to College?

What is Emily Osment Famous For?

Emily Osment gained widespread attention in the late 2000’s for playing Lilly Truscott in the popular Disney sitcom, Hannah Montana. To this day, it remains to be her best-remembered portrayal on television.

Emily Osment currently resides in L.A. Unfortunately, further information on her location is not available at this time.

What Kind of Car Does Emily Osment Drive?

Details on Emily Osment’s vehicle are not available.

How Much Money Did Emily Osment Make Last Year?

At this time, we do not have any information on Emily Osment’s annual salary.

As mentioned earlier, she is currently starring as Gabi Diamond in the TV series, Young & Hungry. Later this year, she will also be playing the part of Theresa in the Netflix series, The Kominsky Method.

On the big screen, the actress will be appearing in the film, Tea Time with Mr. Patterson sometime later this year.

Are you a fan of her work? Want to keep up with the actress? If so, be sure to give her a follow on social media! Emily Osment can be found on Instagram and Twitter at @EmilyOsment. For those of you who are on Facebook, you can also drop her a like on her official fan page.