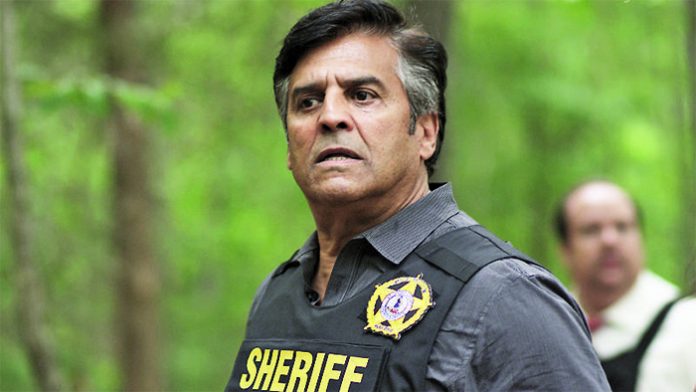 Known for co-starring in the police drama CHiPs, Erik Estrada has been acting ever since the early 70’s. Some of the other television credits include Baywatch, Space Ghost Coast to Coast, According to Jim The Neighbors, and Second Generation Wayans.

On film, he has also amassed an impressive list of credits over the years. For instance, he has appeared in the titles The Naked Truth, Do or Die, Husband for Hire, and Planes: ire & Rescue. Most recently, he made a cameo in the action comedy, CHiPS in 2017, which is based on the series of the same name.

How wealthy is the actor, considering the impressive resume that he’s managed to build up over the past several decades? How much has he pulled in from his acting gigs? As of 2018, it’s said that Erik Estrada has a net worth of $4 million. Wondering where he earned this money from? We’ll be taking a look at some of his projects below.

How did Erik Estrada Make His Money & Wealth?

Born on March 16, 1949, in New York City, Erik Estrada grew up in the Harlem Neighbourhood, where he and his siblings lived with their mother and grandfather. As a teen, he first started to act as a member of his school’s drama club. After graduating, he attended the American Musical and Dramatic Academy. From there, he landed his first role in the 1970 film, The Cross and the Switchblade.

Over the next several years, he played various roles in the films The New Centurions, Airport 1975, Midway, and Trackdown. On television, he also appeared in the series Hawaii Five-O, Mannix, Medical Centre, and Barnaby Jones, among others. By the end of the 1970’s, he had well over a dozen credits to his name as an actor.

Perhaps the most noteworthy of all, however, is the police drama, CHiPs. Premiered on NBC in 1977, it starred Estrada as one of the main characters, Officer Francis. In addition to him, the cast also included Robert Pine, Lady Wilcox, Brodie Greer, and Lew Saunders. His best-remembered role to date, he had remained on the show for the duration of its run, from 1977 to 1983. For his performance, he received a Golden Globe Award nomination for Best Actor in a Television Drama in 1980.

In the years since Estrada has appeared in dozens of TV series including Panic in the Skies, Sabrina the Teenage witch, Baywatch, Son of the Beach, The Bold and the Beautiful, and Drake & Josh, any many others. Most recently last year, he made a cameo in the sitcom Still the King, starring Billy Ray Cyrus.

In terms of film, the actor has also added countless credits to his name such as Spring Break ’83, King Cobra, Horrorween, Chupacabra vs. The Alamo, and Planes: Fire & Rescue. Last year, he appeared briefly in the movie, CHiPs, which is based on the same television series that he starred in the 1970’s.

As far as other ventures go, he released an autobiography titled, My Road from Harlem to Hollywood in 1997. At one point in 2009, he also appeared in a television commercial for Burger King.

He has been married to Nanette Mirkovich since 1997. His third marriage, he was married to Joyce Miller and Peggy Rowe in the past.

Does Erik Estrada Have Any Children?

He has two children with his second wife, and a daughter named Francesca Natalia with his current wife.

Did Erik Estrada Go to College?

No, as far as we know, Erik Estrada has not gone to college.

What is Erick Estrada Famous For?

As an actor, Erik Estrada is best known for playing the role of Officer Francis in the NBC police drama, CHiPs in the 1970’s.

He and his wife currently reside in Los Angeles. Unfortunately, we do not have any other information at this time.

What Kind of Car Does Erik Estrada Drive?

Details on Erik Estrada’s vehicle are not available.

How Much Money Did Erik Estrada Make Last Year?

At this time, we do not have any information on Erik Estrada’s annual salary.

According to his IMDb page, he will be appearing in a few upcoming films later this year including Cool Cat Kids Superhero and 52 Days: The Triangle. On television, he recently competed in the reality game show, Worst Cooks in America in 2017.

Want to know what he’s up to? Find out by following Erik Estrada on social media- you can find the star on Twitter at @ErikEstrada and on Instagram at @TheRealErikEstrada.