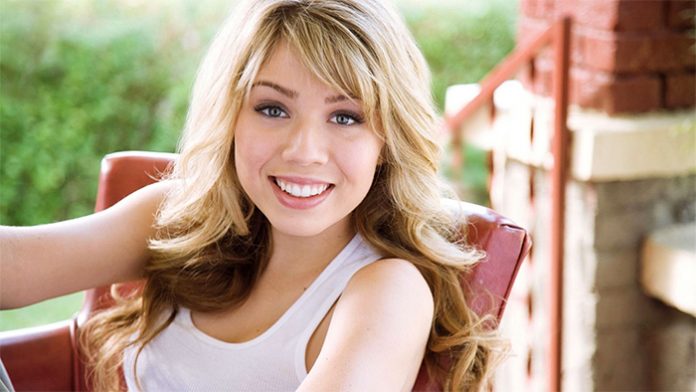 An award-winning actress, Jennette McCurdy rose to fame for playing Sam Puckett in the teen sitcom, iCarly. Since then, she has starred in several other series including its spin-off, Sam & Cat, which premiered in 2013. Earlier this year, she also appeared in the direct-to-video film, Little Bitches.

In addition to her acting career, the blonde has enjoyed success as a singer. In 2010, she released her debut EP, Not That Far Away, which charted on the US music charts. Some of her most popular songs to date include Generation Love, and Not That Far Away, both of which have been played millions of times online.

How well-off is the former Nickelodeon star? How much was she paid for her role in iCarly? How is she doing nowadays? According to various sources, the actress has amassed a net worth of $5 million as of 2018. Where did she earn her wealth from? Hopefully, we’ll be able to answer this question below.

How did Jeannette McCurdy Make Her Money & Wealth?

Born on June 26, 1992, in Long Beach, California, Jennette McCurdy grew up in Garden Grove, where she developed an interest in acting as a young girl. In 2000, she landed her first, albeit minor, role in the sketch comedy, Mad TV. From there, a string of TV series followed including Malcolm in the Middle, Strong Medicine, Law & Order: Special Victims Unit and Judging Amy. Several years later, she secured her first lead role in the Nickelodeon sitcom, iCarly.

Cast as one of the main stars, the actress played the role of Sam Puckett, the titular character’s best friend. Debuted on September 8, 2007, iCarly proved to be popular among viewers, having attracted an audience of 4.1 million during its series premiere. Responsible for McCurdy’s rise to fame, her performance in the sitcom had garnered her much praise. By the end of the first season, she had received three Young Artist Award nominations.

One of her most prominent television credits to date, iCarly had undoubtedly launched her acting career. How much was she paid, considering her major role in the sitcom? According to certain websites, the actress had received $50,000 per episode during its run, though this has not been confirmed.

Following the end of iCarly, McCurdy reprised her role in the spin-off, Sam & Cat, which premiered on Nickelodeon in the summer of 2013. Despite impressive ratings, however, it was canceled after one season; in total, it had run for 35 episodes. For her performance, the actress received a Kids’ Choice Award nomination for Favourite TV Actress in 2014.

As far as other ventures go, she had embarked on a music career in the early 2010’s. In 2010, McCurdy released her debut EP, Not That Far Away, which peaked at number 32 on the Top Country Albums chart. As a follow-up, she later released a second extended play titled, Jennette McCurdy in 2012. That same year, she dropped her self-titled studio album, Jennette McCurdy. An 11-track project, it eventually gave rise to the charting single, Generation Love, which remains to be her most successful song to date.

As far as we know, Jennette McCurdy is currently single. In the past, she had dated Andre Drummond.

Does Jennette McCurdy Have Any Children?

No, Jennette McCurdy does not have any children.

Did Jennette McCurdy Go to College?

No, Jennette McCurdy has not gone to college; she has been pursuing an acting career ever since she as a child.

What is Jennette McCurdy Famous For?

Jennette McCurdy is best known for co-starring in the Nickelodeon sitcom, iCarly in the late 2000’s and early 2010’s. Her most prominent television credit to date, her portrayal had earned her many industry awards during the series’ run.

After the sitcom came to an end, she reprised her role in the spinoff, Sam & Cat, which aired in 2013.

As of 2013, she relocated to live in Studio City, California. Unfortunately, that’s all the information that we have at this time.

What Kind of Car Does Jennette McCurdy Drive?

Details on Jennette McCurdy’s vehicle are not available.

How Much Money Did Jennette McCurdy Make Last Year?

At this time, we do not have any information on Jennette McCurdy’s annual salary.

Last year, she wrote, directed, produced, and starred in two web shorts, Wine and Cheese and 8 Bodies. As far as recent projects go, McCurdy had co-starred in the 2018 comedy film, Little Bitches alongside Virginia Gardner and Kiersey Clemons.