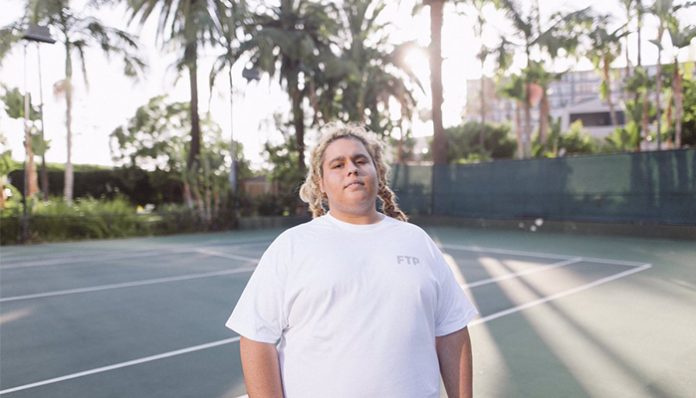 An up-and-coming rapper, Fat Nick has dropped a number of singles over the past few years including 2 Hot 4 U, TTYL (Remix), and Don’t Tell Me. In addition to his solo releases, he has contributed to several albums as a member of the Buffet Boys. Their self-titled debut, Buffet Boys came out in 2013.

Since then, the twenty-something has also delivered the projects Fat Camp, When the Lean Runs Out, and The Heart Attack. Later this year, he will be releasing a new album titled, Generation Numb. For those who are interested in his music, you can stream many of his tracks on Soundcloud.

How profitable is his rap career? How much has the 23-year-old pulled in from his singles and albums? How well off is he? According to various sources, Fat Nick has accumulated a net worth of around $200,000 so far. What are some notable highlights from his resume? Let’s take a look.

How did Fat Nick Make His Money & Wealth?

Born on September 6, 1994, in South Florida, Fat Nick initially rose to fame on social media, where made himself known on platforms such as SoundCloud, Vine, and Twitter. As of 2018, he has amassed tens of thousands of followers combined across his accounts. Currently, he resides in Los Angeles, where he continues to record music on a regular basis.

In the early 2010’s, he rose to fame as a member of the rap collective, Buffet Boys. Based in Miami, Florida, the group also consists of Pouya, Germ, and Mikey The Magician. Ultimately, it was after they affiliated themselves with members of the now-defunct SGP, that they gained attention in the rap scene.

Their self-titled debut album, Buffet Boys was released on August 13, 2013. Featuring guest appearances from King Raw, Supa Sortahuman, and Lil Champ Away, among others, the playlist included twelve original tracks- some notable titles include Perfect Boys, Authentic Boys, I Hate All of You Boys and Supa Cool Boys.

A year later, the boys dropped their second album, The Heart Attack. Produced by Big Los, 2DZ, among others, it gave rise to several songs including What You Need, I Think I’m Having a Heart Attack, Say It Ain’t So, and Still. As of 2018, the album has racked up millions of streams on SoundCloud.

In the years since Fat Nick has released a number of records including the albums Fat Camp, and When The Lean Runs Out. In the end, the latter spawned two of his most popular singles to date, 2 Hot 4 U, and P.S. Fuck You Cunt.

A frequent collaborator, he has also worked with other artists such as Bexey, Riff Raff, Robb Bank$, and Don Krez. Perhaps the most noteworthy of all, however, are his collaborations with Pouya. Some of their joint ventures include Middle of the Mall, Undecided, Torch, and Drop Out of School.

Want to support the rapper? If so, head on over to his official merchandise store here.  From the looks of it, a variety of products are available for purchase from hoodies to accessories.

No, Fat Nick is not married. For now, there isn’t any information on his dating status.

Does Fat Nick Have Any Children?

No, Fat Nick does not have any children that we know of.

Did Fat Nick Go to College?

From what we know, Fat Nick has not gone to college.

What is Fat Nick Famous For?

Fat Nick is perhaps best known for his collaboration with Pouya, Middle of the Mall, which has since been played over 3.4 million times on YouTube.

Originally from Florida, he currently resides in Los Angeles, California, where he continues to make himself known as a rap artist.

What Kind of Car Does Fat Nick Drive?

Details on the rapper’s car are not available.

How Much Money Did Fat Nick Make Last Year?

Unfortunately, we do not have any information regarding Fat Nick’s annual salary.

As mentioned earlier, Fat Nick will be releasing a new album titled, Generation Numb later this summer on June 3, 2018. In terms of other recent projects, he’d landed a couple of features in the songs Stay Alive and Droppin Bodies earlier this year.

Want to stay up-to-date with Fat Nick? If so, why not follow him on social media? The rapper’s active on a few platforms such as Twitter (@_FatNick) and Instagram (@FatNick). On Facebook, you can also show your support on his official fan page.