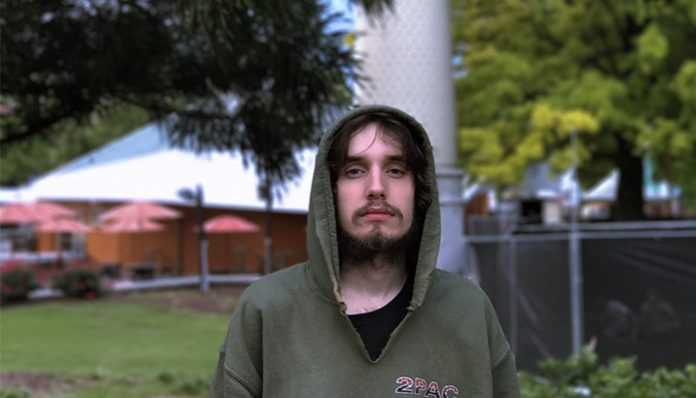 An emerging rapper from Florida, Pouya is perhaps best known for his singles 1000 Rounds, Get Buck, and Middle of the Mall. Since his debut, he has dropped a number of albums such as Don’t Sleep On Me Hoe, Baby Bone, and Stunna, to name a few. Earlier this year, he released his most recent project, Five Five.

As far as collaborations go, the rap artist has worked with many rappers in the past such as $uicideboy$, Rich Brian, and Fat Nick. Some of these tracks include Save Me, Muddy Blunts, and Dat $tick.

How is he doing for himself nowadays in the rap scene? How much has he banked from his various titles so far? How rich is he? Unfortunately, Pouya’s 2018 net worth is unavailable at this time. Since we’re here, however, let’s take the opportunity to learn more about him.

How did Pouya Make His Money & Wealth?

Born on Décembre 20, 1994, in Florida, Pouya (Real Name: Kevin Pouya) has been creating music ever since the early 2010’s. Of mixed descent, his mother is from Cuba while his father is from Iran. Prior to his rise to fame, he worked closely with fellow Miami rapper Fat Nick. Unfortunately, not much is known about the twenty-somethings early life at this time. In 2012, he dropped his debut mixtape, Fuck It online.

His first album, Fuck It was released on June 11, 2012. Produced by Kenny McCloud, DJ U-Neek, and David FV among several others, the playlist consisted of many titles, some of which featured guest appearances from Nell, Ruben Slikk, and Icee Edwards.

In the years since, he has released a few additional albums including Baby Bone, Stunna, South Side Slugs, and Underground Underdog. A few highlights from these titles include the songs Energy, Get Back, and Suicidal Thoughts in The Back of The  Cadillac.

His most recent project, Five Five came out on March 5, 2018. A reference to his personal height, the album consisted of eleven tracks including One Time, Weighing On Me, Handshakes, and One Time. As of April 2018, the playlist has been played millions of times on streaming sites such as SoundCloud.

Aside from his solo releases, he’s also known for his collaborations. For instance, he’s worked with $uicideboy$ on $outh $ide $uicide and with Rich Brian in a remix of Dat $tick. His most recent single,10 Homies was also a joint venture with fellow rapper, Shakewell.

For those who are interested in seeing him perform live, Pouya will be embarking on a concert tour later this summer in support of his latest album across the U.S. and Canada. For more details, you can visit his official website here. As you can probably expect, he would rake in a decent amount of earnings per show.

No, Pouya is not married. In the past, he dated Young Coco, a popular social media personality.

Does Pouya Have Any Children?

No, Pouya does not have any children.

Did Pouya Go to College?

As far as we know, Pouya does not have any children.

What is Pouya Famous For?

Pouya is perhaps best known for his songs Get Buck, 1000 Rounds, and Middle of the Mall. In addition to that, his collaborations with $uicideboy$ (e.g. $outh $ide $uicide, Muddy Blunts) have also received acclaim.

Where Does Pouya Live now? Pictures of Pouya’s House

Pouya currently lives in Miami, Florida, Unfortunately, we do not have any pictures of his home at this time.

What Kind of Car Does Pouya Drive?

Details on Pouya’s vehicle are not available.

How Much Money Did Pouya Make Last Year?

At this time, we do not have any information on Pouya’s annual earnings.

Over the past few months, Pouya has dropped a few new hits including Boghz, and Five Five. As a featured artist, he had also appeared in the songs 10 Homies, Dropping Bodies, and Frontline, all of which were released earlier this year.

Want to stay connected to the rapper? If so, how about following him on social media? Pouya can be found on a few different platforms such as Twitter (@Pouyalilpou) and Instagram (@Pouya). On Facebook, he also has an official fan page which you can check out here.