What Happened to the Old Man on Pawn Stars? – 2018 Update 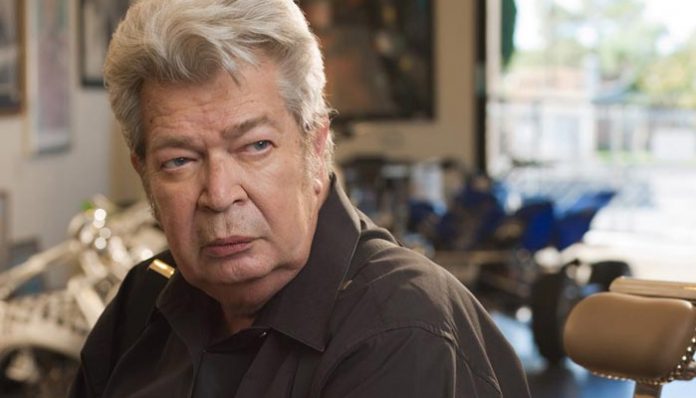 Known by his nickname “The Old Man”, Richard Benjamin Harrison Jr. rose to fame on the popular reality television show, Pawn Stars. The co-owner of the World Famous Gold and Silver Pawn Shop, he had opened the store with his son in 1989. After a prolonged absence from the show, however, fans have begun to wonder about his whereabouts- where is he now?

What is The Old Man from Pawn Stars Doing Now in 2018?

After many years of being on Pawn Stars, it became obvious to fans that The Old Man hasn’t been making any appearances on the show. In fact, he hadn’t interacted with customers even when he was still on the show a couple of seasons ago. This leads to one question- what happened to him?

Strangely, a hoax came about a couple of years ago that stated the reality star had allegedly passed away sometime in 2016. Thanks to various debunking websites such as Snopes however, the claims were quickly refuted. Allegedly, the rumors had begun to go around online after a Facebook page called “RIP The Old Man” was created. Fortunately, he is still alive and well. Having said that, neither his co-stars nor the network itself has made any announcements regarding his absence.

Considering everything, it’s probably safe to assume that he has “retired” from the show. As for the reason why he allegedly suffered from a stroke a while back. Seeing as how stressful filming can be at times (e.g. standing for up to an hour at a time, etc.), it’s not surprising to know that he’s chosen instead to enjoy a quiet life away from public attention.

Despite his lack of appearances on Pawn Stars, however, it’s obvious that he’s still a much-loved character. In fact just last year, the History Channel had shared some of his most memorable moments on their website.

About The Old Man on Pawn Stars

Known as “The Old Man” on Pawn Stars, Richard Benjamin Harrison Jr. was born on March 4, 1941, in Danville, Virginia. Raised in Lexington, North Carolina, he started working in his teens after dropping out of high school during his junior year. At the age of nineteen, he married his wife, Joanne Rhue.

Due to some bad decisions (i.e. car theft) that he’d made in the past, however, he was eventually arrested and given the choice to either join the military or go to prison. Choosing the former, he left for the U.S. Navy in 1962. Ultimately, he served for 20 years, before leaving in 1976.

In 1981, Harrison and his family relocated to Las Vegas, Nevada. Not long afterward, he and his son opened a pawn store together called the Gold & Silver Coin Shop. After several years of businesses, they opened what is now the World Famous Gold & Silver Pawn Shop.

Several years later, the store was offered its own reality show called, Pawn Stars. Filmed on location, it chronicled the daily activities of the family business and its cast members Rick Harrison, Austin Russell aka “Chumlee”, and The Old Man. Premiered in 2009, it quickly proved to be popular, with millions of viewers tuning in in the U.S. By 2011, it had become the second most popular reality show on television, just behind Jersey Shore.

Thanks to the popularity of the show, the store has since become a local tourist site, with more than 1,000 customers per day. In order to handle the increase in business, they also had to expand their showroom to 15,000 square feet.

Not only that, but the staff members themselves have also become huge celebrities. On top of selling their own brand merchandise, they also make appearances in local nightclubs, for which they’re said to be paid over $1,000 per night.

As of April 2018, more than 500 episodes of Pawn Stars have aired on the History Channel. In fact, the 15th season had just recently premiered in October 2017. Having said that, however, The Old Man hasn’t made any appearances on the show, as discussed earlier.

Despite his absence, however, Pawn Stars has continued to perform successfully on television as one of the most-watched reality series in the U.S.

Will The Old Man Be Returning to Pawn Stars?

Considering his health issues which we’d mentioned earlier, it’s unlikely that the 77-year-old will be returning to Pawn Stars as a main cast member. If anything, he might come back for a brief appearance here and there but still, even that is unlikely. From that looks of it, he will be enjoying the rest of his retirement away from the media, as he’s been doing for the past little while. Unfortunately for us fans, this means that we won’t see much of him at all on television.