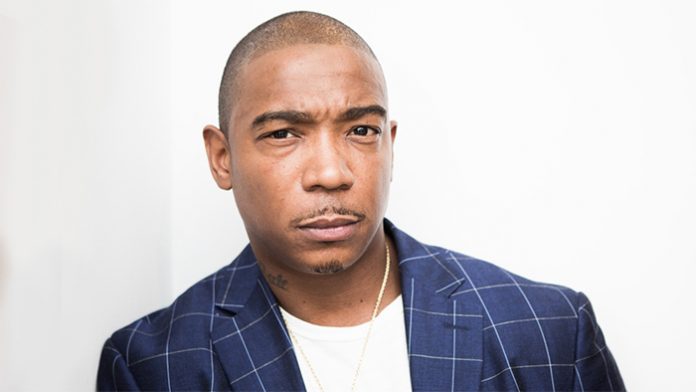 A rapper from Queens, New York, Ja Rule made his debut with the release of his single, Holla Holla in 1999. Since then, he has dropped a number of hit songs including Between Me and You, Ain’t It Funny, and I’m Real (Murder Remix), all of which charted in the U.S.

On top of all that, the emcee also has an extensive list of TV credits to his name. For instance, he has appeared in the shows LA Ink, Don’t Fade Away, First Take, and Follow the Rules. Since January 2018, he has also been starring in the television drama, Fly.

With all the gigs that he’s landed over the years, how much has he managed to pull in? What are some of his greatest projects so far? How rich is he? As of 2018, Ja Rule’s net worth is said to hover around $5 million. Let’s take a closer look at his career in the showbiz below.

How did Ja Rule Make His Money & Wealth?

Born on February 29, 1976, in Queens, New York, Ja Rule launched his rap career at the age of seventeen as a member of the music group, Cash Money Click. After a few years of performing with the crew, he signed a solo music deal with Murder Inc. Records in 1998. Little did he know at the time that he would one day become a multi-Grammy Award nominee.

His debut album, Venni Vetti Vecci was released in the summer of 1999. Supported by five singles, the project gave rise to twenty original tracks including Murder 4 Life, Story to Tell, Holla Holla, and Let’s Ride, among others. Though reviews were generally mixed, it proved to be a commercial success, with nearly 200,000 sales within the first week.

A year later, his popularity peaked with the release of his second album, Rule 3:36. A significant improvement over his first title, it had topped both the Top R&B Albums and Billboard 200 music charts. Featuring guest appearances from Christina Milian, Vita, Black Child, and Lil’ Mo, among others, it was eventually certified three-times platinum by the RIAA.

Riding on the momentum, he went on to release his third album, Pain is Love in 2001. Comparable to his previous endeavor, it had once again reached the top of the Billboard Top 200 music chart. Not only that, but the album spawned three hit singles, Livin’ It Up (Feat. Case), Down Ass Bitch (Feat. Charli Baltimore), and Always on Time (Feat. Ashanti).

Since then, Ja Rule has churned out four additional albums, all of which have made it onto the US music charts. Considering the number of records that he’s sold over the years, it’s obvious that he’s banked a significant amount from his musical releases throughout his career.

In addition to being a rapper, however, he’s also an actor with many credits to his name. For instance, he’s played various roles in The Fast and the Furious, Half Past Dead, Scary Movie 3, Don’t Fade Away, and Wrong Side of Town, among others. In fact, he’s currently playing the part of Jesse Da Jeweler in the television drama, Fly starring Tatyana Ali, Cristian de la Fuente, and Bruce Boxleitner.

He has been married to his wife Aisha Atkins for over a decade since 2001.

Does Ja Rule Have Any Children?

He has three children with his wife, a daughter named Britney and two sons named Jordan and Jeffrey Jr.

Did Ja Rule Go to College?

No, Ja Rule has not gone to college.

What is Ja Rule Famous For?

Ja Rule is perhaps best known for his hit songs Ain’t It Funny, Between Me and You, Always On Time, and Livin’ It Up.

Ja Rule currently lives in New York. Unfortunately, that’s all the information that we have available at this time.

What Kind of Car Does Ja Rule Drive?

Details on Ja Rule’s vehicle are not available.

How Much Money Did Ja Rule Make Last Year?

Unfortunately, we do not have any information regarding Ja Rule’s annual salary.

As mentioned earlier, he has been playing a recurring character in the TV drama, Fly for the past few months since January 2018.

Want to keep up with the rapper/actor? If so, be sure to follow him on social media- you can find Ja Rule under the handle @RuleYork on Twitter and @RuleYorkCity on Instagram. For his music videos, head on over to his official YouTube channel here.