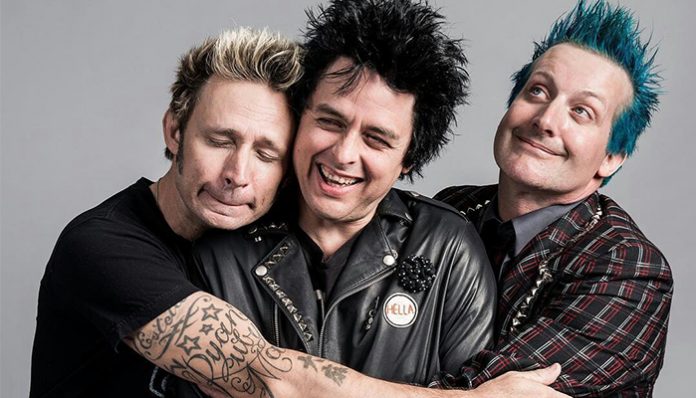 Since they came together in 1986, Green Day has churned out numerous hits such as American Idiot, When I Come Around, and Redundant. Critically acclaimed, the punk rock band has released many albums over the years, several of which have gone platinum or higher in the U.S. In 2015, they were inducted into the Rock and Roll Hall of Fame.

Credited with popularizing the punk rock genre in the U.S., the group has since sold more than 85 million records across the world. In 2010, American Idiot was even adapted into a Tony Award-winning Broadway production.

With all that they’ve accomplished over the past three decades, surely they’ve pulled in a significant amount of income? As of 2018, Green Day has a combined net worth of $150 million (i.e. Billie Joe Armstrong- $55 million, Mike Dirnt- $50 million, Tre Cool- $45 million). Let’s take a closer look at the band’s career below.

How did Green Day Make Their Money & Wealth?

Formed in 1986, Green Day initially consisted of Mike Dirnt and Billie Joe Armstrong, both of whom were fourteen at the time. Prior to signing to their first music label, they performed under the name, Sweet Children; it wasn’t until 1988 after they landed a deal with Lookout! Records, that they decided to adopt their current name. A few years later, they released their debut album, 39/Smooth in 1990.

Still, it wasn’t until the release of their major label debut, Dookie in 1994, that they received mainstream attention. Their breakthrough hit, it spawned the chart-toppers, Basket Case, When I Come Around, both of which reached number one on the Billboard Hot 100. A commercial success, more than 20 million copies of the album have since been sold worldwide.

A year later, the band followed up with a second album titled, Insomniac. Noted for being slightly darker and heavier than their previous effort, it peaked at number two on the Billboard 200; to date, more than 2.1 million copies have been sold across the U.S. Well received, it was later featured as one of the “Most Essential Punk Albums of All Time” by Rock Sound.

Prior to the end of the 1990’s, Green Day released a fifth album titled, Nimrod. Their fourth RIAA-certified record, it gave rise to several singles including Nice Guys Finish Last, Good Riddance (Time of Your Life), and Redundant. To promote the album, the band embarked on a concert tour across the U.S.

Since then, they’ve come out with several other albums including Warning, American Idiot, and 21st Century Breakdown. As you can probably guess, most of the band’s income comes from the success of their records (that and their concert tours). In 2010, their album American Idiot was also adapted into a stage play that later debuted on Broadway. A huge success, the musical later earned three Tony Award nominations.

One of the most successful punk rock bands in the history of the U.S., they’ve since sold more than 85 million records across the world.

Are the Members of Green Day Married?

Yes, all three of the current members are married.

Billie Joe Armstrong: He has been married to Adrienne Nesser since 1994.

Tre Cool: He has been married to Sara Rose Lipert since 2014.

Mike Dirnt: He has been married to Brittney Cade since 2009.

Do the Members of Green Day Have Any Children?

Tre Cool: He has a son named Frankito and a daughter named Ramona Isabel

Mike Dirnt: He has two daughters, Ryan Ruby Mae and Estelle Desiree, as well as a son named Brixton Michael

Did the Members Go to College?

As far as we know, they have not gone to college.

What is Green Day Famous For?

The punk rock band rose to fame with their major label debut, Dookie in 1994. Since then, they’ve come out with many critically acclaimed albums and singles.

How Much Money Did Green Day Make Last Year?

Unfortunately, details on the band’s annual earnings are unavailable at this time.

For the latest news and updates, be sure to visit Green Day’s official website at http://greenday.com. On social media, you can also stay connected to the band by following them on platforms such as Instagram and Twitter at @GreenDay. For their music videos, check out the group’s YouTube channel here.