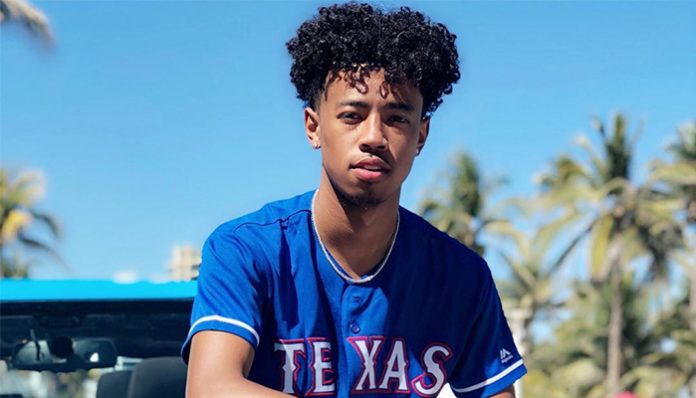 An online personality, Tray Bills is perhaps best known for his YouTube channel, Chris and Tray, which he runs with Chris Gilly. Noted for their vlogs, reaction, and challenge videos, they’ve already amassed more than 380,000 subscribers as of 2018.

In addition to his YouTube career, the twenty-something has also posted a number of original songs to his SoundCloud account. An up-and-coming rapper, some of his most popular tracks include Killin My Dab, Chiraq, and Who The Plug, all of which have been played tens of thousands of times. Aside from his solo releases, he’s also collaborated with artists such as Kelly Cole, Kidd Lavish, and Blood Brothers, to name a few.

How wealthy is the 23-year-old? How much has he pulled in from his YouTube videos? Music career? According to various sources, Tray Bills has accumulated a net worth of $300,000 as of 2018. Let’s take a closer look at his accomplishments below.

How did Tray Bills Make His Money & Wealth?

Born on August 25, 1995, in Atlanta, Georgia, Tray Bills began to earn a following on social media in 2013. Fond of hip-hop music, he uploaded a number of original songs to SoundCloud, on which he has since amassed over a thousand followers. Some of his most popular songs to date include Chiraq, Killin My Dab, and Who the Plug.

In addition to his own songs, the twenty-something has done a number of collaborations with names such as Juno Central, Kid Jemini, Kidd Lavish, and Kelly Cole, among others. Some of the said collabs include Ion Know Her, For This Money, Scared Of, and I Heard.

As successful as his rap career is, however, he is perhaps best known on YouTube today. In early 2017, he and his friend Chris Gilly, a fellow Atlanta-native, launched a collaborative channel called, Clout of Atlanta. Noted for their vlogs, challenge videos, and more, they’ve already managed to amass over 380,000 subscribers as of 2018. Combined, their content has generated over 26.8 million views.

Considering their fan base, it’s not surprising to know that they pull in a decent amount of earnings from their YouTube channel. That’s right, by displaying advertisements on their content, they’re able to monetize their videos as a Google Partner. As far as how much they make, it’s said that they generate ~$700 in revenue per day. Doing the math, this easily works out to be $260,000 per year. Even if the two friends were to split this in half, it would still be a considerable amount of earnings.

With time, it’s likely that their popularity will continue to increase- after all, they had only recently launched their YouTube channel last year. As their audience continues to grow, chances are, they’ll only rake in more and more money.

No, Tray Bills is not married. As far as we know, he is currently single.

Does Tray Bills Have Any Children?

No, Tray Bills does not have any children.

Did Tray Bills Go to College?

No, as far as we know, he has not gone to college.

What is Tray Bills Famous For?

Tray Bills is best known for running the YouTube channel, Clout of Atlanta with his friend, Chris Gilly. As of 2018, they have amassed more than 380,000 subscribers.

Tray Bills currently lives in Atlanta, Georgia. Unfortunately, we do not have any photos of his abode at this time.

What Kind of Car Does Tray Bills Drive?

Details on Tray Bills’ vehicle are not available.

How Much Money Did Tray Bills Make Last Year?

Unfortunately, details on Tray Bills’ annual earnings are unavailable at this time.

Over the past year, Tray Bills has uploaded a number of videos of their YouTube channel, most of which garnered tens of thousands of views. If you haven’t already done so, be sure to subscribe to the latest content.

What’s he up to? Interested in keeping up with the online star, if so, why not follow Tray Bills on social media? You can find him on Twitter at @Traybills or on Instagram at @Traymfnbills. For his music, be sure to check out his SoundCloud account here.