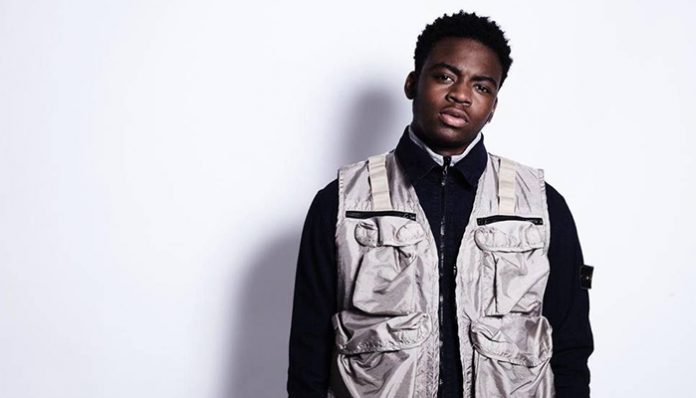 A promising talent from the UK, Not3s has been involved with the rap game ever since he was a young teen. Today, he is perhaps best known for his songs, Uber and Addison Lee, both of which have been played millions of times online. His most recent project, Take Not3s, was released in November 2017.

Over the past year, his popularity has only continued to rise. Known for sharing his music on SoundCloud, he has already managed to amass more than 8,000 followers on the platform. On YouTube, he also has over 800,000 fans subscribed to his channel.

How much has the newcomer managed to rake in so far? How has his music career played out? How wealthy is he? According to various online sources, Not3s has accumulated a net worth of $140,000 as of 2018. Below, let’s take a look at some of his achievements.

How did Not3s Make His Money & Wealth?

Born on April 17, 1998, in London, England, Not3s launched his music career under the name, “Young stacks” at the age of thirteen. Drawing inspiration from his Nigerian heritage as well as the local grime scene, he began to record his own music in the mid-2010’s, which he later shared online. One of the first songs that he put together was Yesterday, which came out in 2015. Rising from obscurity, he eventually landed a music deal with Relentless Records.

A couple of years later, he hit it big with the release of his single, Addison Lee. Produced by Male on the Track, it came out on October 24, 2016. More successful than he’d imagined, it quickly racked up thousands of plays online. To date, the accompanying music video has been viewed over 9.3 million times on YouTube. Similarly, the song has been played tens of thousands of times on SoundCloud. Considering its popularity, it has likely yielded the rapper a significant amount of royalties.

Since then, he has released several other tracks including Aladdin, My Lover, Notice, No Drama, and M3 Not You. As far as multi-track projects go, he recently dropped his debut EP, Take Not3s in November 2017. Featuring guest appearances from Tinie Tampa, Shakka and MoStack, it gave rise to nine tracks including 100 Degrees, 9 + 1, and Hasta La Vista.

In addition to his solo releases, Not3s has also done several collaborations over the past few years. For instance, he’s worked with GRM Daily, Young Ads, NSG, GRM Daily, Lotto Boyz, and DJ Juls. Some of his most popular collabs include Bad (with Steel Banglez), Pushing Up (with NSG), and Trophy (with Young Adz).

As you can probably guess, a significant portion of the rapper’s income comes from the above records. On top of what he earns from his singles and albums, however, he also banks a considerable amount from putting on concerts. In fact, he has a number of performances planned for later this summer in the UK. For more information on the venues and dates, please visit his official website.

As far as we know, Not3s is not married. Having said that, not much is known about his personal life.

Does Not3s Have Any Children?

Not3s does not have any children as far as we can tell.

Did Not3s Go to College?

No, he has not gone to college. Prior to finishing his A-levels, he was kicked out of school.

What is Not3s Famous For?

Not3s is best known for his breakthrough hit, Addison Lee, which has since been played millions of times online. Since its release in 2016, a remix has also been released.

Where Does Not3s Live now? Pictures of Not3s’ House

Not3s currently lives in England, London. Unfortunately, that’s all the information that we have at this time. Images of his abode are not available.

What Kind of Car Does Not3s Drive?

Details on Not3s’ vehicle are not available.

How Much Money Did Not3s Make Last Year?

Unfortunately, details on Not3s’ annual earnings are unavailable at this time.

So far this year, the rapper has released a few new singles including Hooper, Sit Back Down, and M3 Not You. On top of that, he has also landed a couple of features in Dakota’s Sober and in Bobii Lewis’ Force You.

What’s the emcee up to nowadays? If you’re a fan, why not follow him online? you can find Not3s on Instagram and Twitter under the same handle at @Not3sofficial. On Facebook, he also has an official fan page which you can visit here.