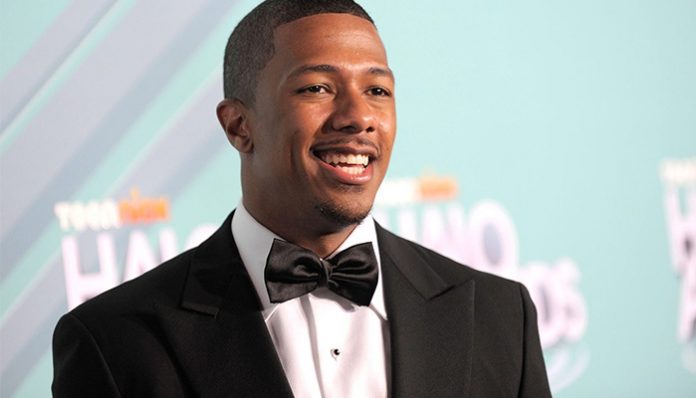 A television personality, Nick Cannon has hosted many shows including Wild ’N Out, America’s Got Talent and The Nick Cannon Show. On the big screen, he has also appeared in a handful of titles such as Love Don’t Cost a Thing, School Dance, and Drumline: A New Beat.

Unsurprisingly, he has remained active on television over the past several years. In fact, he has been hosting the sketch comedy series, Wild ’N Out since 2013. The eleventh season recently premiered on MTV in March 2018.  Speaking of reality TV, he has also been hosting his music reality show, TeenNick Top 10 which he had created back in 2012.

In addition to those two titles, he has been featured in several other shows over the past year such as Dish Nation, Lip Sync Battle Shorties, The View, Celebrity Page, and The Talk, among others. At one point, he even appeared in the documentary, I Am Martin Luther King Jr. Having said all that, he is perhaps best known for having acted as one of the judges on America’s Got Talent from 2009 to 2016.

Besides television, he has also been involved with several film projects over the years. For instance, he recently worked on the biopic, Nick Cannon: The Vlad Couch, in which he discussed many of his business ventures. Around that same time, he had also made a small appearance in the TV movie, Too Shorts Boombox.

In terms of upcoming projects, he will be working on two titles according to his IMDb page, one of which includes the film, She Ball.

As far as other ventures go, he has also been managing several artists through Ncredible Entertainment, a music label that he had founded in 2009. Some of his current signees include Soulja Boy, Amber Rose, Kehlani, Colette Carr, and Make It Pop, among a few others.

Born on October 8, 1980, in San Diego, California, Nick Cannon was raised primarily by his paternal grandfather in the Bay Vista Hosting Projects. Interested in music as a young boy, he eventually formed a rap group with a close friend as a teen; together, they opened for several artists such as 98 Degrees, Will Smith, and LFO. Later in 2001, he signed a music deal with Jive Records.

His self-titled debut album, Nick Cannon was later dropped in 2003. A decent hit for a newcomer, it had peaked at number 24 on the Billboard Hot 100. Some of the songs that it gave rise to included Gigolo, Your Pops Don’t Like Me, My Mic, and I Use to Be in Love. Over a decade later, he would release his second album, White People Party Music in 2014.

Following that, most of his efforts went toward television. In 2005, he created, produced and hosted his own sketch comedy series, Wild ’N Out, which aired on MTV. One of the most successful shows that the network has ever seen, it is still on the air today; in fact, the eleventh season had just recently premiered last month.

A few years later, he received another breakthrough as one of the hosts on America’s Got Talent. Introduced in the fourth season, he ultimately remained on the show for seven years, until 2016. In regards to his departure, creative differences between him and the network’s executives have been cited as the main reason.

Since then, he has hosted several other shows such as Lip Sync Battle Shorties, The Talk, Superstar Slime Showdown at Super Bowl 2018, TeenNick Top 10, and Caught on Camera with Nick Cannon.

As an actor, Nick has also appeared in several television series and films over the years. Some of his TV credits include Up All Night, Family Guy, Brooklyn Nine-Nine, and Football U. Similarly, he has also made film appearances in the titles- Chi-Raq, Aaliyah, King of the Dancehall, Nick Cannon: The Vlad Couch, among several others.

Aside from television and film, he has also been involved with several other projects. Not only has he served as the chairman of the TeenNick Network since 2009, but he has also embarked on many comedy tours over the past years. His first stand-up special, Mr. Showbiz took place at Palms Casino Resort in early 2011; a comedy album of the same name was later released that year.

Nick Cannon in the Media

Though he’s no longer a judge on the popular TV show, America’s Got Talent, he remains active on television through shows such as TeenNick Top 10, Wild ’N Out, and Lip sync Battle Shorties. If anything, he’s just as involved as he was before on the small screen.

For those who are anticipating new music from the rapper, however, we have some bad news- Nick hasn’t made any mentions of a new album for a while. As of 2018, his most recent album release was that of White People Party Music n 2014.

For now, it would appear that he is focusing his attention on his TV career.