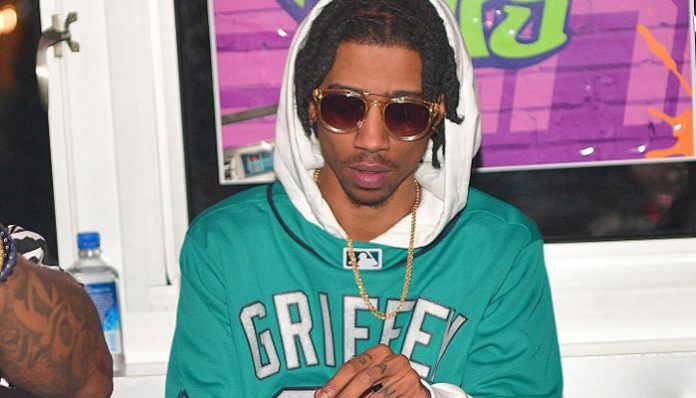 An emerging rapper, Lil Twist has been recording music ever since the early 2000’s. His first single, The Texas Twist was released in 2003, when he was just ten years old. His debut mixtape, Year Book was dropped a few years later in 2009. In the years since, he has come out with several additional titles such as The Golden Child, The Takeover, and The Golden Child 2.

Today, he is perhaps best known for his songs Popular, Hey Lil Mama, and The Leak. Continuing to rise in popularity as we speak, he has already amassed over 810,000 followers on Soundcloud as of 2018.

How much money has he earned from his records over the years? How rewarding has his rap career been? How successful is he now? From what we could find online, Lil Twist’s 2018 net worth is around $2 million. Where did the twenty-something pull in this amount from? We’ll be exploring this question below.

How did Lil Twist Make His Money & Wealth?

Born on January 11, 1993, in Dallas, Texas, Lil Twist has been interested in hip-hop ever since he was a young boy. At the age of twelve, he had the opportunity to open for Lil Wayne at one of his concerts. Impressed by his talents, the artist eventually flew him to a recording studio in Atlanta. He later released one of his first singles, The Texas Twist, when went on to become a local hit.

Later in his teens, he released his debut mixtape, Year Book in 2009. That same year, he had also contributed to Girl, I Got You, one of the hit songs from Young People’s compilation album, We Are Young Money.

Continuing to make himself known in the rap scene, he dropped The Takeover in 2010. Produced by Drumma Boy, K. Majors, and J.U.S.T.I.C.E. League, among a few others, the project included ten songs, some of which included Every Step, No Problems, Drumma On Da Beat, and Lambo Music.

From there, he issued his next mixtape, The Golden Child in 2011. Made available as a digital download, as were his previous releases, it featured guest appearances from Khalil, Lil Za, and Jae Millz. Some highlights from the tape include Reckless, Wait On Me, If You Only Knew, Reckless, and Getting Crazy. Online, the playlist has already bee played over 100,000 times.

Later in 2014, he worked on Young Money’s second compilation album, Young People: Rise of an Empire. A hip-hop record, it boasted twelve tracks- one of which included Bang, which was co-written by Lil Twist. A decent success, it had peaked at number seven on the Billboard Top 200. As one of the group’s signees, it’s likely that he had received a fair share from the album.

Considering his work as a rapper, it’s only natural that most of his income comes from his records. On top of that, however, he does have another stream of revenue that comes in the form of public events and concerts (though he doesn’t have any scheduled at the moment).

No, as far as we know, Lil Twist is currently single. In the past, he had dated Ashley Moore, Kylie Jenner, and Chantel Jeffries, among a couple of other women.

Does Lil Twist Have Any Children?

No, Lil Twist does not have any children.

Did Lil Twist Go to College?

No, Lil Twist has not gone to college.

What is Lil Twist Famous For?

Lil Twist is perhaps best known for his collaboration with Lil Wayne, Popular. Some of his other popular songs include One Time, Love Affair, and Twerk, all of which have been played thousands of times online.

Where Does Lil Twist Live now? Photos of Twist’s House

Lil Twist currently lives in Dallas, Texas. Unfortunately, that’s about all the information that we have on his abode.

What Kind of Car Does Lil Twist Drive?

Information on Lil Twist’s vehicle is not available.

How Much Money Did Lil Twist Make Last Year?

Details on Lil Twist’s earnings for 2017 are unavailable at this time.

The rapper is currently working on his debut album, Bad Decisions. So far, an official release date has not been announced.

If you’re a fan, why not keep up with him by following him on social media? You can find Lil Twist on Instagram and Twitter at @LilTwist. Feel like listening to some of his songs? Head on over to his official YouTube channel here.