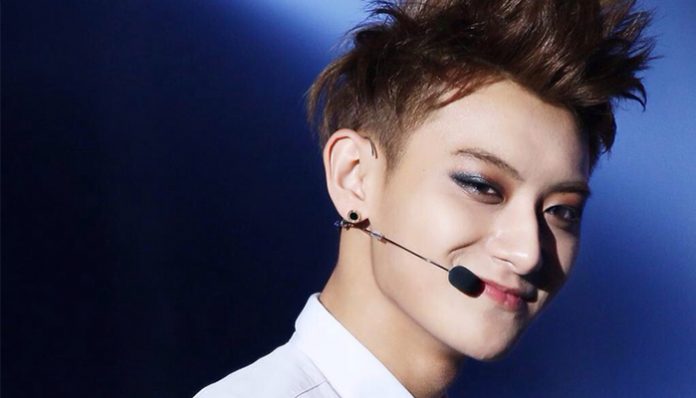 A music idol, Huang Zitao rose to fame as a member of the South Korean-Chinese boy band, EXO in the early 2010’s. Together, they had released a number of hit songs such as Growl, Miracles in December, and Love Me Right, among several others. In 2015, the singer left the group to pursue other opportunities.

Since then, he has made a name for himself as a solo artist with projects such as T.A.O., Z.TAO and The Road. Some of his most popular singles to date include The Road, Underground King, and Hello Hello (Feat. Wiz Khalifa).

How is the 24-year-old doing for himself these days? How much has he made from his music endeavors? How rich is he? As of 2018, Huang Zitao is said to have accumulated a net worth of $4 million. What are some of the things that have contributed to this fortune of his? Let’s have a look below.

How did Huang Zitao Make His Money & Wealth?

Born on May 2, 1993, in Shandong, China, Huang Zitao grew up in Qingdao, where he underwent Wushu training as a young child. At the age of seventeen, he was scouted by an agent at a local talent show. Jumping at the opportunity to join S.M. Entertainment, he was eventually introduced as the third member of the South Korean-Chinese boy band, EXO in December 2011.

In 2013, they released their debut album, XOXO. A commercial success, a second project, Exodus soon followed two years later. During that period, the band also appeared in a number of TV shows including Exo’s Showtime, Exodus 90: 2014, and XOXO Exo. With how popular they were, it only makes sense that Huang would have pocketed a significant amount of earnings from his work with the group.

A few months after leaving EXO in 2015, he released his debut EP, T.A.O. as a digital download. Despite only containing three tracks, the mini-album proved to be a success with more than 670,000 sales in the first week.

Not long afterward, he came out with his second EP, Z.TAO, which includes four songs- Imperial Crown, Feel Awake, Cinderella Girl and Alone. Since then, Huang has also released a studio album titled, The Road, which has since sold over 500,000 copies in China. Some of his most popular singles to date include Collateral Love, Promise, Beggar, and The Road.

Aside from music, Huang has also gotten into acting in the recent years. For instance, he has appeared in the films You Are My Sunshine, Railroad Tigers, Edge of Innocence, and The Game Charger. On television, he has made appearances in the shows The Negotiator and The Brightest Star in the Sky.

Outside of acting, he has also taken part in several shows over the past couple of years such as Charming Daddy, Takes a Real Man, Produce 101, and Law of the Jungle.

In terms of other ventures, he has collaborated with a few fashion brands in the past including LOEWE in 2017. Around that same time, he was also named the beauty ambassador of Yves Saint Laurent.

No, Huang Zitao is not married. As far as we can tell, the singer is currently not in a relationship.

Does Huang Zitao Have Any Children?

No, Huang Zitao does not have any children.

Did Huang Zitao Go to College?

Yes, it’s said that he had studied music at the University of Hong Kong.

What is Huang Zitao Famous For?

Huang Zitao rose to fame in the early 2010’s as a member of the boy band, EXO. Since his departure in 2015, he has enjoyed a successful solo and acting career.

Huang Zitao currently lives in China. Unfortunately, we do not have any details on his abode at this time; nor do we have any pictures of his house.

What Kind of Car Does Huang Zitao Drive?

Details on Huang Zitao’s vehicle are not available.

How Much Money Did Huang Zitao Make Last Year?

At this time, we do not have any information on Huang Zitao’s annual salary.

So far this year, he has appeared in two television series, The Negotiator and The Brightest Star in the Sky, both of which premiered in 2018. As far as upcoming projects go, it’s said that he’s currently working on The Files of Teenagers in the Concession and Yan Shi Fan: New Youth.

What’s the star up to now? Find out by following him on social media- Huang Zitao aka Tao is active on a few platforms including Twitter (@Hztttao____) and Instagram (@Hztttao). On Facebook, the idol also has an official fan page, which you can check out here.