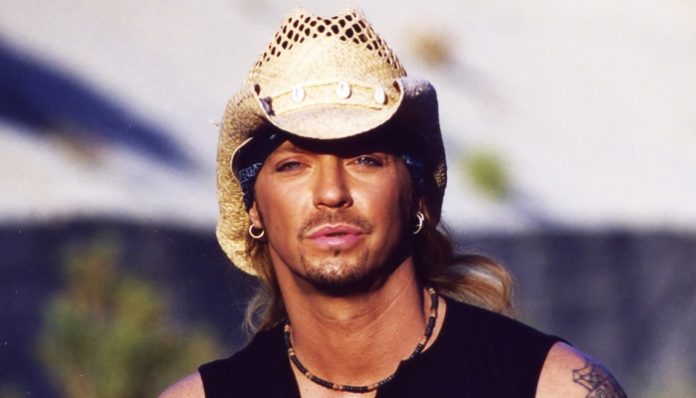 A heavy metal singer, Bret Michaels rose to fame as the lead vocalist of the rock band, Poison. Critically acclaimed, they have sold more than 40 million records across the globe.

Aside from his work with the band, he has also enjoyed a successful solo career. His debut album, A Letter From Death Row was released in 1998. Since then, he has followed up with a few additional titles such as Custom Built, Jammin’ with Friends, and Freedom of Sound.

Considering his popularity in the music scene, one has to wonder- how rich is he? How much has he banked from his various efforts over the years? As of 2018, Bret Michaels is said to have a net worth of $18 million. Below, we’ll be taking a closer look at his career.

How did Bret Michaels Make His Money & Wealth?

Born on March 15, 1963, in Butler, Pennsylvania, Bret Michael grew up in Mechanicsburg with his two sisters, Nicole and Michele. Fond of music, he began to play the guitar in his early teens. Not long afterward, he formed a band with a few fellow musicians; they would eventually make themselves known as Poison in the mid-1980’s.

As you can probably expect, most of the artist’s initial wealth came from his work with the band. Following the release of their debut album, Look What the Cat Dragged In in 1986, their popularity only skyrocketed with the subsequent projects, Flesh & Blood, Open Up and Say…Ahh!, and Native Tongue. By the early 1990’s, they had become superstars in the world of metal music.

Not only did they rake in an incredible amount of income from their records, but they also made a killing from headlining concert tours (many of which were held in promotion of their albums). Speaking of which, Poison is actually on the road as we speak for their 2018 Nothing But a Good Time Tour. For more information on the event, please visit the band’s official website.

In addition to his work with Poison, Michaels has also released a handful of solo albums; some of these include A Letter from Death Row, Jammin’ with Friends, and Custom Built.On top of his solo albums, he has put together a number of compilation albums and extended plays (e.g. Ballads, Blues & Stories, True Grit, Country Demos, etc.). Most recently, he came out with a single titled, Jorja Bleu in 2017.

Like many artists, the singer has also worked on a number of TV programs. For instance, he has appeared in the shows No Code of Conduct, Rock of Love with Bret Michaels, The Penguins of Madagascar, The Celebrity Apprentice, and Extreme Makeover: Home Edition. At one point in 2010, he even hosted the Miss Universe Beauty Pageant alongside Natalie Morales.

As far as acting goes, he recently made a cameo in the TV film, Sharknado 5, which came out in 2017.

As far as we know, Bret Michaels is currently single. In the past, he was engaged to Kristi Gibson, with whom he had dated for 16 years.

Does Bret Michaels Have Any Children?

He has two daughters named Jorja Bleu and Raine Michaels.

Did Bret Michaels Go to College?

No, Bret Michaels has not gone to college.

What is Bret Michaels Famous For?

Bret Michaels rose to fame as the lead vocalist of the metal band, Poison. Incredibly successful, they’ve sold more than 40 million records across the world.

Unfortunately, we do not have any information on Bret Michaels’ abode at this time.

What Kind of Car Does Bret Michaels Drive?

Details on Bret Michaels’ vehicle are not available.

How Much Money Did Bret Michaels Make Last Year?

Unfortunately, details on Bret Michaels’ annual earnings are unavailable at this time.

Last year, he released two new singles, Jorja Bleu and Jingle Bells, the latter for the holiday season. As far as studio albums go, he hasn’t come out with any new titles since 2013.

To keep up with the singer, why not give him a follow on social media? You can find Bret Michaels on a few outlets such as Twitter (@BretMichaels) and Instagram (@BretMichaelsOfficial). If you want to check out some of Poison’s music videos, head on over to the band’s official YouTube channel here.