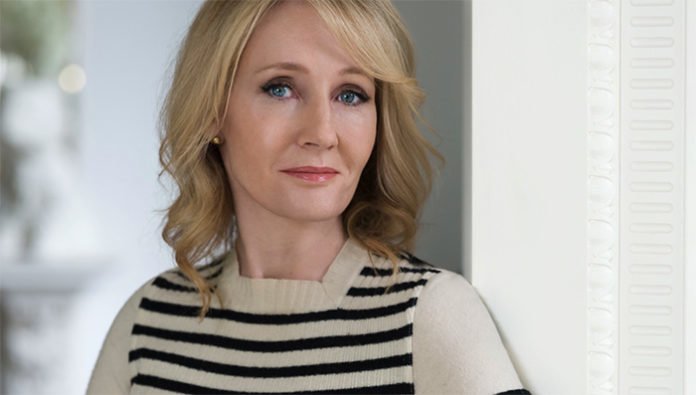 A British novelist, J.K. Rowling is best known as the author of the Harry Potter fantasy series. The best-selling book series in history, millions of copies have been sold worldwide. Not only that, but a number of award-winning films have also been based on the novels.

Known for her philanthropic work, she has supported numerous charities in the past including One Parent Families, Comic Relief, and Multiple Sclerosis Society of Great Britain. In 2005, she also formed her own non-profit called Lumos, which aims to end the institutionalism of children around the world.

Considering the massive success of her book series, it’s not surprising to know that she’s become one of the wealthiest people in the world. From what we can gather, J.K. Rowling’s net worth is currently at a staggering $650 million. How much did she earn from her Harry Potter series? We’ll be taking a look at this question down below.

How did J.K. Rowling Make Her Money & Wealth?

Born on July 31, 1965, in Gloucestershire, England, J.K. Rowling grew up in the village of Winterbourne, after moving there with her family at the age of four. After graduating from high school, she went to the University of Exeter where she studied French and Classics. Ultimately, it was several years later that she started to work on her first Harry Potter book. At the time, she had been struggling to get by as a single mother while living with her child in Scotland.

Her first book, Harry Potter and the Sorcerer’s Stone first hit store shelves in the summer of 1997. As it had happened, she had sold the title for approximately $4,000, after being rejected a number of times. To her and everyone else’s surprise, however, the novel was hugely successful. Within five months, it had won a number of awards including a British Book Award for Children’s Book of the Year. By 1998, Scholastic Inc. had purchased the rights to publish the book for $105,000.

From there, she went on to release a number of sequels, seven books make up the total series. Before long, the franchise had become one of the most successful book series in the world.

Eventually, the novels were also adapted into feature films, all of which were immensely successful. In total, Harry Potter had spanned eight movies, the last of which (i.e. Harry Potter and the Deathly Hallows Part 2) was released in 2011.

By 2004, Rowling had become the first individual to become a billionaire by writing books. As of 2016, it was estimated that she had a net worth of $600 million, making her one of the wealthiest people in the UK. According to Forbes magazine, she is currently the highest-paid author in the world with earnings of $95 million per year. In 2012 alone, she had donated $160 million to charity.

Since 2001, she has been married to Neil Murray.

Does J.K. Rowling Have Any Children?

J.K. Rowling has three children, two daughters, and a son.

Did J.K. Rowling Go to College?

She attended the University of Exeter where she earned a bachelor’s in Classical Studies and French.

What is J.K. Rowling Famous For?

J.K. Rowling is best known as the author of the popular Harry Potter book series.

In addition to the 19th-century estate house that she owns in Perth and Kinross, she also owns a £4.5 million Georgian house in West London.

What Kind of Vehicle Does J.K. Rowling Drive?

Unfortunately, we do not have any information on J.K. Rowling’s vehicle.

How Much Money Did J.K. Rowling Make Last Year?

According to Forbes, she makes approximately $95 million a year.

Over the past few years, she has been working on Cormoran Strikes, a new adult book series. Currently, she is working on the fourth title.

Speaking of upcoming projects, a film titled, Fantastic Beasts: The Crime of Grindelwald, based on one of her newer books, will be coming out later this fall.

Want to keep up with the author? If so, why not follow her on social media? J.K. Rowling can be found on a few social media sites such as Twitter (@JK_Rowling) and Instagram (@OfficialJKRowling). On Facebook, you can also like her official fan page, which you can visit here.