What Happened To Ronda Rousey? – 2018 Update 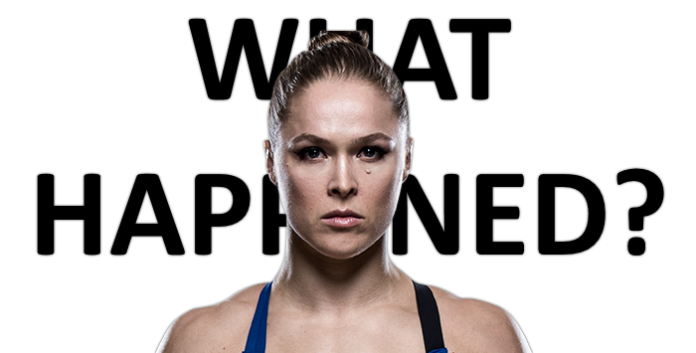 Ronda Rousey, who used to be the most dominant female UFC competitor, seems to have disappeared lately. So, let us find out what is going on in her life nowadays. But before we get into what happened to Ronda Rousey, let’s take a short look at her life and career so far.

Ronda was born in 1987 to AnnMaria De Mars and Ron Rousey. Her mother was a well-known judoka (a practitioner of judo, a fighting discipline). She had a troubled childhood due to apraxia, a speech disorder caused to her at birth. At 11 years of age, her mother started training Ronda in judo. Six years after she qualified for the Athens Olympics, but lost in her first match. 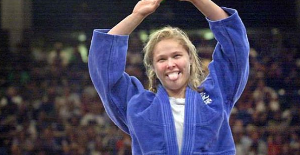 Over the next couple of years, she kept competing in judo and achieved decent results. Among other achievements, she managed to become the first American judoka to win two Junior World medals. At the Beijing Olympics of 2008, she won her first Olympic medal, a bronze. She decided to quit judo and focus on mixed martial arts when she was 21. Her amateur debut took place in August of 2010, and it took her only 23 seconds to submit Hayden Munoz. Lots of her victories from his period are similar to her win over Munoz, especially their unusually short duration.

In 2011, she debuted at Strikeforce and defeated Sarah D’Alelio, again early in the first round. She won the Strikeforce title a year later, defeating Miesha Tate by decorating her elbow via submission maneuver. She later defended her title vs Sarah Kaufman, submitting her 54 seconds into the fight.

Later that year, she signed for the UFC, immediately becoming the first UFC Women’s Bantamweight champ, due to being the first female UFC fighter. She fought Liz Carmouche and Tate once more, to defend her belt. In early 2014, she defended the Championship against previously undefeated Sara McMann and managed to win by TKO. This marked her first career victory, not by armbar! How insane is that? She later defended her title against Alexis Davis, defeating her via KO in 16 seconds, Cat Zingano (armbar, 14 seconds) and Bethe Correira (KO, 34 seconds).

During this time, she also started to make appearances in WWE (World Wrestling Entertainment). She appeared at 2014’s SummerSlam and then at the next year’s WrestleMania. 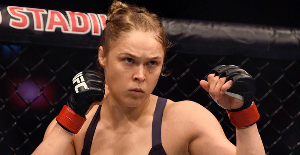 Her reign came to an end when she fought Holly Holm in November of 2015. Although she was the favorite to win the fight, she was knocked out in the second round. This marked both her first loss and the end of her three-year Championship reign. After the fight, she was medically suspended and cleared a month later.

She returned to UFC a year later to face Amanda Nunes, and ironically, lost the fight early in the first round. This marked the end of her UFC career, and she seemed to disappear from the eye of the public afterward.

Rousey made an appearance at WWE’s Royal Rumble in January, and it was revealed that Rousey signed for WWE on a full-time contract. At the next month’s PPV, the Elimination Chamber, Ronda’s storyline began, after she got into a feud with Triple H and Stephanie McMahon (“The Authority”). 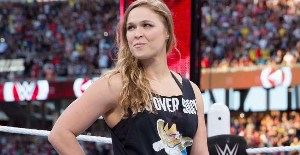 Finally, earlier this month, WWE announced that Rousey’s wrestling debut will happen at the biggest wrestling event of the year, Wrestlemania. She will appear alongside Kurt Angle, in a mixed tag match against The Authority. WrestleMania will take place in just a week, on April 8th, if you’re interested in seeing Rousey’s in-ring debut. We wonder what will be her finishing move, maybe the armbar?

Other than wrestling, she also started making TV and movie appearances lately. You can watch Rousey on episodes of Drunk History and Blindspot, as well as on two upcoming releases – Mile 22 and Road House.

We’re very excited to see Ronda Rousey on WWE.  Maybe she becomes a Lesnar-like character… It would probably suit her, don’t you think? Let us know your thoughts in the comment section below!