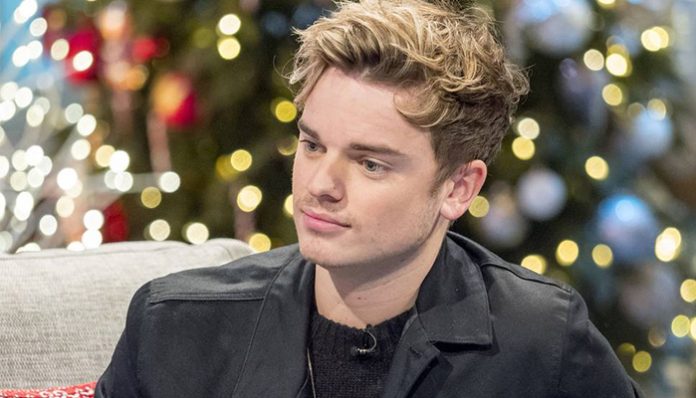 A social media star, Jack Maynard is best known for his self-titled YouTube channel, on which he has over 1.3 million subscribers. Famous for his vlogs, challenges, and occasional comedy skits, his popularity has continued to grow at a tremendous pace over the past year.

Since his rise to fame, the twenty-something has also appeared on television. For instance, he had recently competed in the reality games series, I’m a Celebrity…Get Me Out of Here in 2017. Around that same time, he had also made a minor appearance in the comedy, Nearly Famous.

With all that he has going on, how much has he earned over the past couple of years? How successful is the 23-year-old? How much has he pulled in from his YouTube videos? According to various online sources, Jack Maynard’s current net worth is around $150,000. Where did most of this money come from? What are some of his biggest projects so far? Let’s take a look at some of these questions below.

How did Jack Maynard Make His Money & Wealth?

Born on November 23, 1994, in England, Jack Maynard is the second oldest of three siblings; he has an older brother named Conor Maynard and a younger sister named Anna, the former of whom is a singer. Prior to launching his YouTube career in 2015, he worked as a personal trainer.

Launched on September 19, 2015, his original YouTube channel has since gained over 1.3 million subscribers with more than 122 million lifetime views. Known for his vlogs and comedy skits, most of his videos nowadays gain hundreds of thousands of views. In fact, some of his most popular uploads such as Real Would You Rather Feat. Thatcher Joe and Ultimate Sibling Challenge have generated millions of hits.

How much has he made from his YouTube channel? Taking into consideration the site’s earning potential and his popularity and fanbase, it’s no surprise that he’s been generating ad revenue on his videos. Assuming he makes a few dollars per one thousand views, he would have likely already made tens of thousands of dollars alone from his content.

In addition to his main channel, he also has a second channel, JackMaynardVlogs, which is dedicated to his vlogs. Though not as popular as the former, it has recently reached the 300,000 subscriber mark with 13.5 million views. Considering all things, chances are, it also provides him with a stream of income from ads.

Though he’s best known on YouTube, the twenty-something has also made several appearances on television. For instance, he had recently competed in the reality game show, I’m a Celebrity…Get Me Out of Here last year. In the past, he had also presented for the show, The Source. Some of the other series that he’s been involved with include Nearly Famous, Caspar, Good Morning Britain, and I’m a Celebrity…Extra Camp.

As a singer, he has also recorded a few parody songs with his brother Conor, such as Grenade and First Car, both of which went viral online, with millions of views each.

No, Jack Maynard is not married. According to reports, however, he is currently in a relationship.

Does Jack Maynard Have Any Children?

No, Jack Maynard does not have any children.

Did Jack Maynard Go to College?

As far as we know, Jack Maynard has not gone to college.

What is Jack Maynard Famous For?

Jack Maynard rose to fame for his comedic videos on YouTube, where he’s since amassed over 1.3 million subscribers.

Jack Maynard currently lives in London, England. Unfortunately, that’s all the information that we have at this time.

What Kind of Car Does Jack Maynard Drive?

Details on Jack Maynard’s vehicle are not available.

How Much Money Did Jack Maynard Make Last Year?

At this time, we do not have any details on Jack Maynard’s 2017 earnings.

Last this fall, Jack Maynard will be embarking on a meet and greet tour across the UK. For more information, please visit his Facebook fan page. In terms of what he’s been up to over the past few months, it should be obvious- he has been making videos for his YouTube channels!

Perhaps you’d like to keep up with him on social media? If so, you’ll be happy to know that you can find Jack Maynard on Twitter at @Jack_Maynard23 or on Instagram at @Jack_Maynard. If you haven’t already done so, be sure to also subscribe to his Youtube channel!