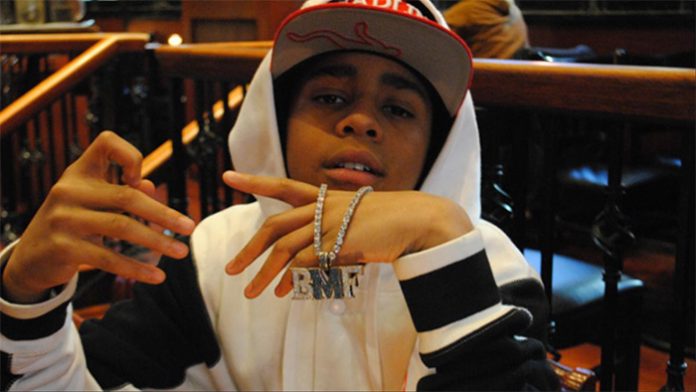 Hailing from Chicago, Lil Mouse had dropped his debut mixtape, Mousetrap at the age of twelve. Despite the fact that his rap style has garnered some criticism in the past (mainly due to its violent nature), he has managed to develop a solid fan base over the past several years. As it had happened, he had gained notoriety after his single, Get Smoked was featured in Lil Wayne’s mixtape, Dedication 4.

In the years since, the rapper has issued a number of albums such as Mouse Trap, and Michael Mouse Myers. Today, he is perhaps best known for his singles, Get Smoked, Wit My Team, 100 Bars, and Kill Time.

How much has he pulled in from his rap endeavors? How successful is he in the music realm? According to various sources, Lil Mouse’s 2018 net worth appears to be around the $800,000 mark. Wondering where that money came from? We’ll be exploring this topic down below.

How did Lil Mouse Make His Money & Wealth?

Born on June 7, 1999, in Chicago, Illinois, Lil Mouse has been into music, particularly hip-hop, ever since he was young. At the age of twelve, he put together his first mixtape titled, Mousetrap, which went on to draw criticism due to the violent nature of its contents and his young age at the time. Nonetheless, it had gained him a decent underground following.

Several years later, he dropped an album titled, Michael Mouse Myers in 2014. Released through RBC Records, it gave rise to fifteen tracks including I Wanna Know, Came Up, Me No Love, She Going, and 100 Bars.

From there, he released Mouse Trap 2 in 2015. A follow up to his debut, it featured guest appearances from rappers such as Paul Wall, Play, Shy Glizzy, and Young Scooter. An 18-track project, some highlights from the playlist include Death of a Good Man, Want Me 2 Fall, I Told Them, and Scotty Pimpin’.

A few months later, he released the next installment of the series, Mouse Trap 2: Drill Version. As promised, it saw him working with other artists such as King Louie and Lil Durk.

As of 2018, the rapper’s most popular singles include Get Smoked, Wit My Team, John Wall, 100 Bars, and Kill Time, all of which have racked up tens of thousands of streams each. In addition to his solo releases, he has also collaborated with the likes of Shy Glizzy, Matti Baybee, Fredo Santana, and Doe Boy, on a number of songs.

Though he doesn’t have any concerts planned at the moment, it’s likely that he pulls in some earnings from participating in such events. For instance, he had performed at Marquis Thearer alongside JT Runnin Man, Akwa, and Duo Esco, among a few others, in December 2016.

Where else does his income come from? Assuming that all of his music videos are monetized, Lil Mouse would also have a stream of revenue coming in from his YouTube channel. Since it was created in 2013, he has received over 32 million views.

No, Lil Mouse is not married. At this time, not much information is available on his dating status.

Does Lil Mouse Have Any Children?

As far as we know, Lil Mouse does not have any children.

Did Lil Mouse Go to College?

No, Lil Mouse has not gone to college; instead, he chose to pursue music.

What is Lil Mouse Famous For?

As a recording artist, Lil Mouse is perhaps best known for his hit single, Get Smoked, which was featured on Lil Wayne’s mixtape, Dedication 4.

Lil Mouse currently lives in Chicago, Illinois. Unfortunately, that’s all the information we have on his abode at the time.

What Kind of Car Does Lil Mouse Drive?

Details on Lil Mouse’s vehicle is unavailable at this time.

How Much Money Did Lil Mouse Make Last Year?

At this time, we do not have any details on Lil Mouse’s 2017 earnings.

So far this year, Lil Mouse has released a few singles including Death Row, United States Vs. Bandman Revo, and Gutta, all of which are well received by fans. As mentioned earlier, it doesn’t look like he has any concerts planned for the next year.

If you’re a fan of his music, why not follow him on social media? You can find Lil Mouse on Twitter at @LilMousemusic or on Instagram at @Tdgmouse. If you haven’t already done so, you can also subscribe to his official YouTube channel.