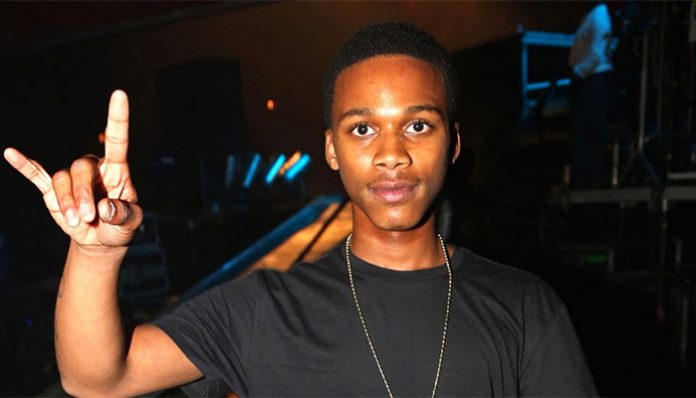 A Louisiana rapper, Lil Snupe is perhaps best known for his hits, Nobody, Let Me Ride, and In the Air (freestyle). As it had happened, he had kick-started his music career with the release of his debut mixtape, 16 & Runnin’ in 2010. Not long afterward, he caught the attention of Meek Mill, who signed him to his Dreamchasers label.

From there, he came out with two additional albums, R.N.I.C. (Real Nigga in Charge), and R.N.I.C. 2 Jonesboro. Despite the potential that he had, however, he tragically fell victim to gun violence at the age of eighteen.

How successful was he as an artist at the time of his death? How much did he manage to rake in? How well off was he? From the information that we could find online, Lil Snupe’s net worth was an estimated $500,000. What had contributed to his wealth? Let’s find out below.

How did Lil Snupe Make His Money & Wealth?

Born on June 13, 1995, in Winnfield, Louisiana, Lil Snupe grew up in the city of Jonesboro, where he was raised primarily by his mother (his father was incarcerated when he was still a toddler). After pursuing music for a few years as a teen, he dropped his debut mixtape, 16 & Runnin’ in 2012. As it’d happened, he eventually caught the attention of Meek Mill, who signed him to his music label, Dreamchasers.

On the new label, he eventually came out with his debut single, Melo. Released in April 2013, it proved to be a hit among fans, having racked up over 8 million streams on Soundcloud to date. On Youtube, the accompanying music video has also been played more than 10.4 million times.

As a follow up to that, Lil Snupe eventually came out with his second album titled, R.N.I.C. (Real Nigga In Charge) later that year. Featuring guest appearances from Meek Mill, DJ Khaled, Twinn U, and Jay Knoxx, among a few others, the track list included the titles I’m That Nigga Now, In the Air (Freestyle), Nobody, Ballin’ In the Mix, and Headed Str8 to the Top.

Tragically, it wasn’t long after his second album release, that he was gunned down in his Louisiana home. According to reports, Lil Snupe had been playing video games, when he got into an argument with a player and was subsequently shot multiple times in the chest; he was eighteen years old. Following the incident, police officials located and charged 36-year-old Tony Holden for the first-degree murder.

A year and a half after his death, a third album titled, R.N.I.C. 2 Jonesboro was released posthumously. Some of the tracks that it contained included Come Back Freestyle, Y’all Ain’t, Meant 2 Be, How I Feel and Ride for Me. On Soundcloud, the playlist has since been streamed tens of thousands of times.

At the time of his death, it was said that Lil Snupe had a net worth of $500,000, most of which came from the success from his records.

No, as far as we know, Lil Snupe was not married, nor was he in a relationship at the time of his death.

Did Lil Snupe Have Any Children?

No, Lil Snupe did not have any children.

Did Lil Snupe Go to College?

From what we know, Lil Snupe did not go to college.

What was Lil Snupe Famous For?

The late rapper was best known for his tracks, Melo, Nobody, In the Air (Freestyle), and X Bitch. In terms of collaborations, he had also worked on Outro (Dreamchasers 4), and Lil Snupe Skit with Meek Mill.

Up until his death, Lil Snupe lived in his Louisiana home. Unfortunately, we do not have any photos of the place at the time.

What Kind of Car Did Lil Snupe Drive?

Details on Lil Snupe’s vehicle is not available at this time.

On June 20, 2013, the rapper was shot to death after getting into an argument with an individual over a video game. Shot multiple times in the chest, he died almost instantly according to police reports; he was 18 years old. A few days after the incident, a warrant was issued for Tony Holden, the man who was believed to be Lil Snupe’s killer.

In 2016, Lil Snupe’s mother revealed that she plans on making a documentary to honor his son’s life sometime in the near future.