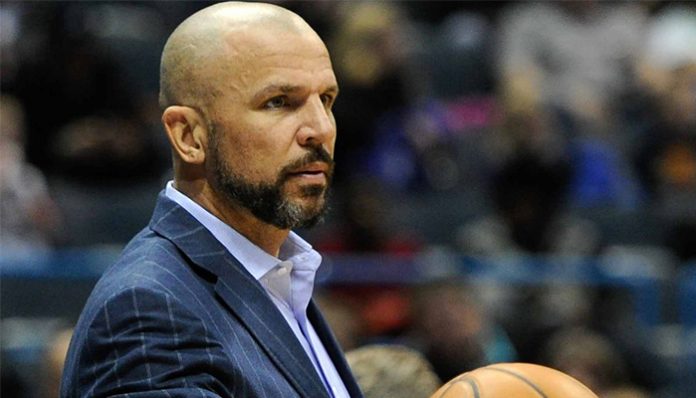 A former NBA star, Jason Kidd has been serving as a professional basketball coach for the past several years, since 2013. Most recently, he led the Milwaukee Bucks to the playoffs during the 2016-17 season. Despite this, however, it was later revealed that he had been fired in early 2018.

As far as his own basketball career goes, he had played for a few teams during his competitive career including the Dallas Mavericks, Phoenix Suns, and New Jersey Nets. After playing for the New York Knicks for the 2012-13 season, he announced his retirement in June 2013.

How much money did he make from his NBA career? How much was he paid as a professional basketball coach? How rich is the athlete? According to various sources, Jason Kidd has accumulated a net worth of $73 million as of 2018. Where did he earn this fortune from? Hopefully, we’ll be able to answer this question by taking a closer look at his career below.

How did Jason Kidd Make His Money & Wealth?

Born on March 23, 1973, in San Francisco, California, Jason Kidd has excelled at basketball ever since he was in grade school. By the time he reached his teens, he had become one of the country’s top players. After graduating from high school, he played for the University of California, Berkley. At the age of twenty-one, he was drafted by the Dallas Mavericks during the 1994 NBA Draft. According to sources, he had signed a six-year contract for $30 million.

After two years of playing for the Dallas Mavericks, he was traded to the Phoenix Suns during the 1996-97 season. In the end, he stayed with the team until 2001; by then, he had received four NBA-All Star titles.

The rest of his basketball career was split between playing for the New Jersey Nets, Dallas Mavericks (he returned to the team in 2008) and the New York Knicks. After nearly two decades of playing for the NBA, he announced his retirement on June 3, 2013.

As far as his salary goes, he easily made millions of dollars per year while playing for the NBA. By the time he retired, he would have already amassed a huge fortune.

A little over a week after his retirement, he was made the head coach of the Brooklyn Nets. That fall, he purchased a minority ownership stake in the team. After coaching the team for the 2013-14 season, his coaching rights were secured by the Milwaukee Bucks in 2014. Ultimately, he worked with them for four years before being fired in January 2018.

As far as other ventures go, Kidd has made numerous television appearances over the years on shows such as Extreme Makeover: Home Edition, Rome is Burning, The Tonight Show with Jay Leno, and Mike and Mike in the Morning. With that said, he has not appeared on the small screen in the recent years (his last appearance was in that of a 2014 documentary).

Yes, in fact, he has been married twice.

Does Jason Kidd Have Any Children?

Did Jason Kidd Go to College?

Yes, after completing high school, he chose to attend the University of California, Berkeley, a decision that had shocked many fans at the time.

What is Jason Kidd Famous For?

A former basketball player, Jason Kidd is best known for his NBA career which spanned from 1994 to 2013. Following his retirement, he worked as a coach for the Brooklyn Nets and Milwaukee Bucks.

Earlier this year, he sold his Lakefront Mansion for an alleged $2.65 million. According to reports, he had previously paid $2.39 million for the property in 2014.

We do not have any information on his current abode at this time.

What Kind of Car Does Jason Kidd Drive?

Previously, he drove a 2010 Cadillac Escalade (the vehicle was eventually wrecked in a collision in 2012).

How Much Money Did Jason Kidd Make Last Year?

According to various online sources, Jason Kidd is said to have pulled in $7 million in earnings in 2017.

For the past four years, Jason Kidd served as the head coach for the Milwaukee Bucks. After losing many games, however, he was fired from the team during the 2017-18 season on January 22, 2018.

According to reports, the coach was approached by The Phoenix Suns about coaching opportunities earlier this month.

Wondering what the former NBA star is up to? If so, why not follow him on social media? You can find Jason Kidd on Twitter at @RealJasonKidd. On Facebook, he also has an official page which you can check out by clicking here.